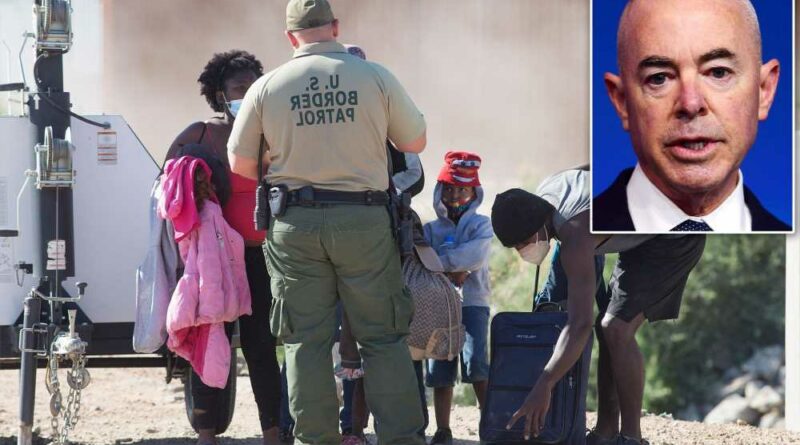 Families separated at border under Trump reuniting in US this week

The Biden administration is working to reunite entire families with kids separated from them at the US-Mexico border under the Trump administration — including siblings and other extended family members, a top White House official said Thursday.

Homeland Security Secretary Alejandro Mayorkas told NBC News while discussing a mother who was recently reunited with her son that “we are very much focused on providing stability to the reunited families, and not just for her but for the family as a unit.”

Michelle Brané, who is heading up the Biden administration’s task force to reunite the families, confirmed the plan, saying they hope to ensure that “immediate family members can also apply. That includes siblings, another, you know the partner or spouse, other parents if they’re in the picture. So we arranged for that. Once those applications are approved, we will facilitate travel arrangements.”

Mayorkas added that while he could not guarantee the larger family units would receive permanent legal status, “we’re going to do everything we can to make it work out.”

Four separated families were due to be reunited this week, with parents receiving humanitarian parole to enter the US and see their children.

Republicans have accused the Biden administration of encouraging a record number of illegal immigrants to flood the southern border, overwhelming enforcement officials and services.

At least one House Democrat has accused the administration of dishonesty about the scale of the problem. On Wednesday, Rep. Henry Cuellar (D-Texas) said photos released by DHS showing near-empty processing facilities were misleading.

“All they’re doing is they’re moving kids from one tent to the other tent and saying, ‘Oh, they’re not in the Border Patrol [custody],’ but they’re right next door,” Cuellar told the Border Report website. “They’re just next door in HHS [custody].”

DHS announced earlier this week that there were just 677 children in CBP custody as of May 1, an 88% drop from March 28 when more than 5,700 children were in custody.