Diane Abbott repeatedly refused to say what she would do with illegal immigrants today.

In a toe-curling interview, the shadow home secretary dodged as she was pressed to spell out whether she would take action to expel those with no right to be in Britain.

Ms Abbott was asked six times by Piers Morgan on ITV’s GMB whether illegal immigrants should be allowed to stay in the country.

She insisted Labour does not support an amnesty, as has been mooted by Boris Johnson among others. 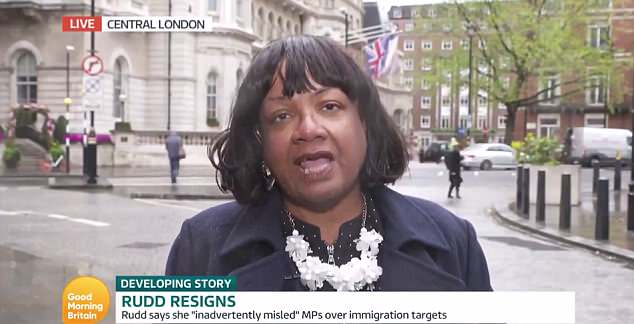 In a toe-curling GMB interview, shadow home secretary Diane Abbott dodged as she was pressed to spell out whether she would take action to expel those with no right to be in Britain 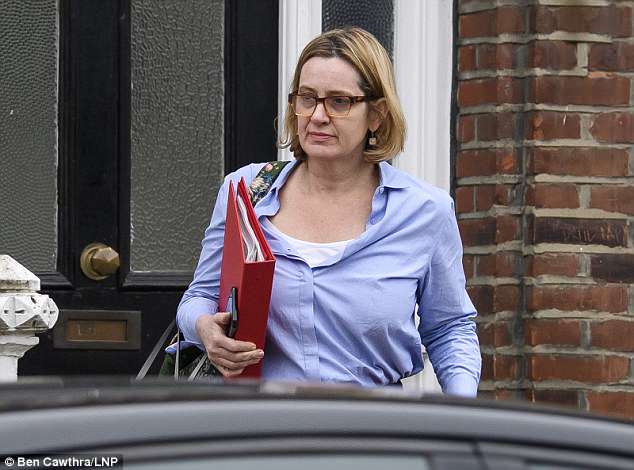 But she declined to say whether that meant illegal immigrants should be deported from the UK.

In the awkward exchange, Morgan said: ‘I can’t work out what your view is. Would you want to see people of that category and given amnesty?’

Ms Abbott replied: ‘What I’m saying to you, is the immigration and national department is not fit for purpose. I don’t blame the staff but it is the department that needs reviewing and reorganising.’

Morgan insisted: ‘With respect that’s not an answer to my question. What is Labour’s policy? Do you think they should be removed from the country? It’s not a difficult question.’

Ms Abbott said: ‘What I’m saying to you is that the immigration department is not fit for purpose, that is why many of these issues have arisen.’

‘I don’t know why you’re finding it hard to answer the question.’

‘All I can say to you Piers is that for anybody watching, the question this morning is why you don’t want to talk about the immediate plight of the Windrush generation.’