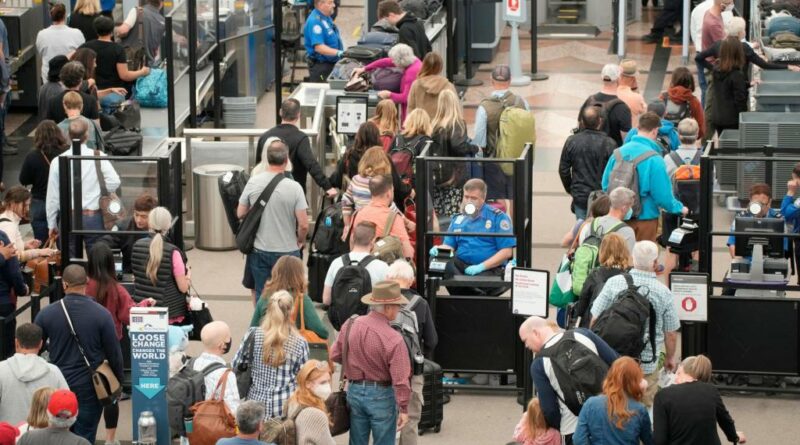 Long security lines and other travel hassles have pushed Denver International Airport’s passenger satisfaction rating to its lowest level in seven years, according to annual airport rankings set to be released Wednesday.

DIA placed 14th among the largest U.S. and Canadian airports in the “mega” category of the 2022 North America Airport Satisfaction Study, a large-scale survey of passengers produced by J.D. Power. The well-regarded marketing research firm — whose results DIA has touted in the past — found that most airports’ scores fell as air travel recovered from the pandemic.

“The combination of pent-up demand for air travel, the nationwide labor shortage and steadily rising prices on everything from jet fuel to a bottle of water have created a scenario in which airports are extremely crowded and passengers are increasingly frustrated — and it is likely to continue through 2023,” said Michael Taylor, J.D. Power’s travel intelligence lead, in a news release.

J.D. Power surveyed nearly 27,000 American and Canadian travelers from August 2021 to July 2022, asking about their recent airport experiences. Scores are based on their ratings of terminal facilities, their arrival or departure experiences, and their encounters with baggage claims, security screening, check-in counters and airport concessions.

Post-pandemic, DIA’s survey results are worse off relative to other large airports.

It ranked fourth among mega airports in J.D. Power’s 2018 report and eighth in 2019, then jumped back up to fourth in 2020 as the pandemic set in, eliminating crowding at airports (a boon for all airports’ scores).

Snaking security lines that wrap back into the baggage claims have been a frequent occurrence on busy days. Some passengers have credited DIA and the Transportation Security Administration, which has had staffing shortages, for speeding up the flow in recent months.

“The largest concern for (DIA) in the short term is the experience at security check,” Taylor said via email, noting that a bad experience at the start can tarnish travelers’ other impressions. “Of course, the new construction is designed to alleviate that problem,” with larger checkpoints planned on the upper level. “But right now the current configuration is the biggest issue.”

“It’s not a surprise that our scores have dropped a bit,” she said. “We are under construction and travelers have had to deal with that inconvenience. … At the same time, other airports have completed renovation projects and other improvements. We are doing the same and know that when much of our construction is done, we’ll be right back at the top as we were when the airport opened and was new and shiny.”

In the new report, DIA scored 759 on a 1,000-point scale, falling 34 points from last year. That was 10 points below the average in the mega category, which includes airports that recorded at least 33 million passengers last year.

The last time DIA recorded a lower score — 738 in 2016 — security waits were also a major problem.

Topping the mega category in 2022 are the airports in Minneapolis-St. Paul (800 points) and San Francisco (796), with Detroit Metro Airport and New York City’s John F. Kennedy International Airport tying for third, with 791 points each. The highest-ranking airport in any of J.D. Power’s three categories — mega, large and medium facilities — was Tampa International Airport, which scored 846.