President Moon Jae-in said 70 years of "division and hostility" between North and South Korea had cast a "dark shadow" that made it "difficult to believe what is actually taking place before our very eyes".

But he ended his emotional statement with an optimistic note.

"Building upon the agreement reached today, we will take a new path going forward.

"This is just a beginning and there may be many difficulties ahead, but we will never go back to the past again and never give up on this bold journey." 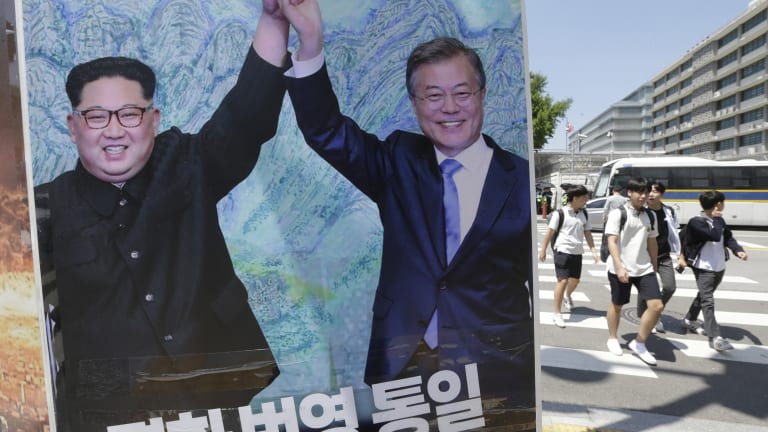 China welcomed Trump's decision to stop the "war games" on the Korean Peninsula, referring to joint military exercises the US conducts with South Korea.

Beijing has long proposed a "suspension for suspension" plan where the US suspends its military exercises and North Korea suspends its missile tests. According to the BBC's China correspondent, Stephen McDonell, China Foreign Ministry spokesman Geng Shuang said before Trump's "war games" announcement that China's proposed "suspension for suspension" initiative has been materialised and the situation is moving forward in the direction of the "dual-track" approach.

"The United States and North Korea have been in a state of antagonism for more than half a century," Chinese Foreign Minister Wang Yi said.

"Today, that the two countries’ highest leaders can sit together and have equal talks, has important and positive meaning, and is creating a new history."

Prime Minister Shinzo Abe thanked Trump for raising the issue of Japanese abductees held in North Korea. This was not in the official statement but Trump said at his press conference that he had raised it and that it would be worked out, although he gave no specifics.

According to the South China Morning Post, 17 Japanese citizens are listed as abduction victims.

Five of the 17 were repatriated in 2002, with Pyongyang maintaining that eight had died and four others never entered the country. 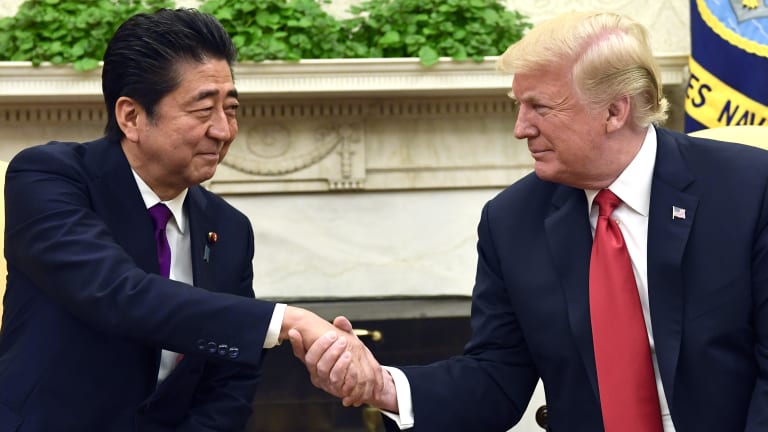 Foreign Minister Julie Bishop said the Singapore summit, which saw the first ever meeting between a sitting US President and North Korea's leader, was a "breakthrough". She said Australia was "cautiously optimistic" but the test would be in the outcome of the declaration.

“The reaffirmation of North Korea’s commitment in the Panmunjom Declaration to work towards complete denuclearisation of the Korean Peninsula is a signal that Kim Jong-un may have finally heeded the message that only a change of course can bring a secure and prosperous future to the people of North Korea," he said.

“There is much work still to be done and we hope Kim continues to negotiate in good faith towards complete, verifiable and irreversible denuclearisation."

"[The] devil is in the detail, of course, and it is necessary to understand the specificities. But as we understand the impetus has been provided," he said.