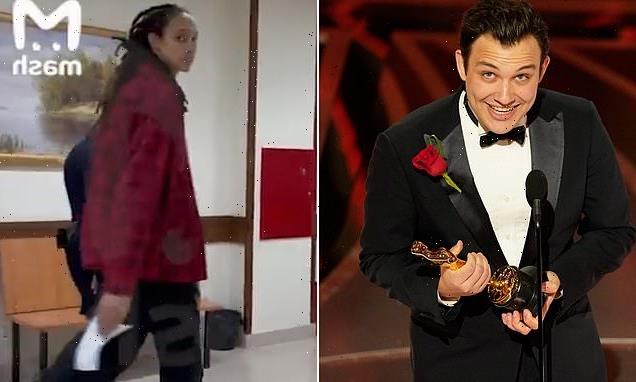 ‘President Biden, bring Brittney Griner home’: Director swerves into politics and calls for release of WNBA star jailed in Russia as he accepts Oscar for documentary Queen of Basketball

An Oscar winner made a plea to President Joe Biden to bring home jailed WNBA star Brittney Griner while accepting his award in one of the few references to Russia or the war in Ukraine during Sunday’s telecast.

The documentary follows the story of Lusia Harris as the first and only woman to be drafted into the NBA in 1977.

On Sunday, Proudfoot turned the spotlight on the plight of Griner, a two-time Olympic champion who has remained behind bars in Russia since her drug arrest at a Moscow airport in February. 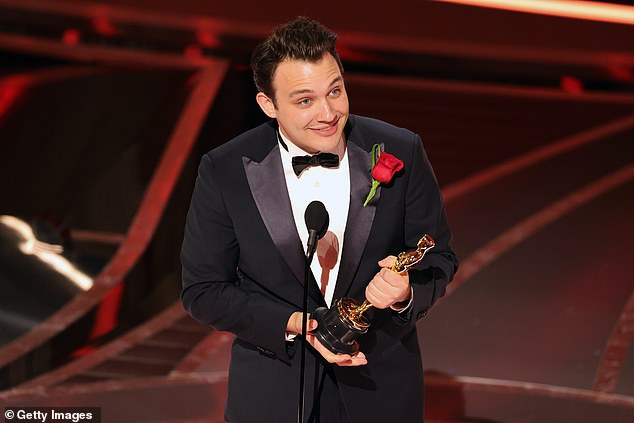 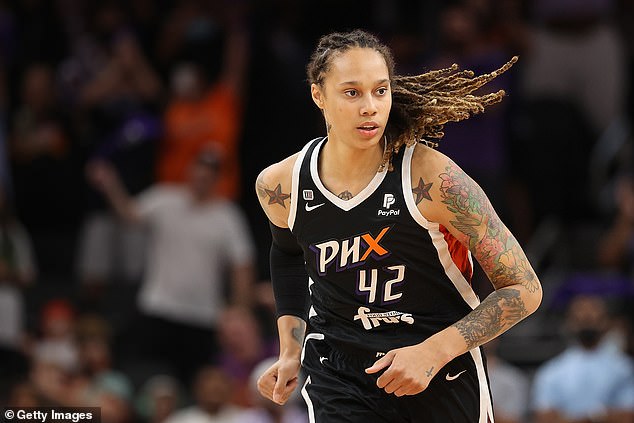 Brittney Griner #42 of the Phoenix Mercury during the first half in Game Four of the 2021 WNBA semifinals at Footprint Center on October 06, 2021 in Phoenix, Arizona 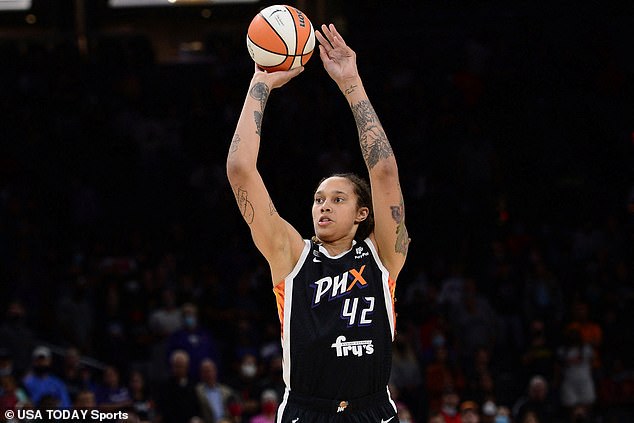 After repeated requests, a State Department official in Moscow was granted consular access to Griner on Wednesday.

‘Within the past couple hours, an official from our embassy has been granted consular access to Brittney Griner,’ Price said in an interview with CNN.

‘We were able to check on her condition, we will continue to work very closely with her legal team, with her broader network, to see to it that she is treated fairly,’ Price added.

‘Our official found Brittney Griner to be in good condition and we will continue to do everything we can to see to it that she is treated fairly throughout this ordeal.’

Griner, a former No. 1 draft pick who plays for the WNBA’s Phoenix Mercury, has been detained in a Russian prison during a time of heightened tensions between the United States and Russia following Vladimir Putin’s invasion of Ukraine.

She was accused by Russian authorities of bringing vape cartridges containing hash oil into the country last month.

Last week, Griner was seen for the first time since her arrest after pleading not guilty to the charges in a court in Moscow.

Russian officials have also extended her detention until May 19 while they investigate the charges. 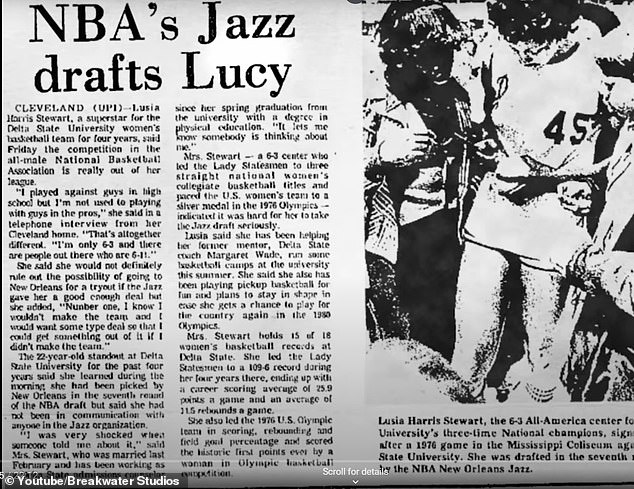 Pictured: a screenshot of an old newspaper clipping of Lucy Harris, the first woman to ever be draftd by the NBA 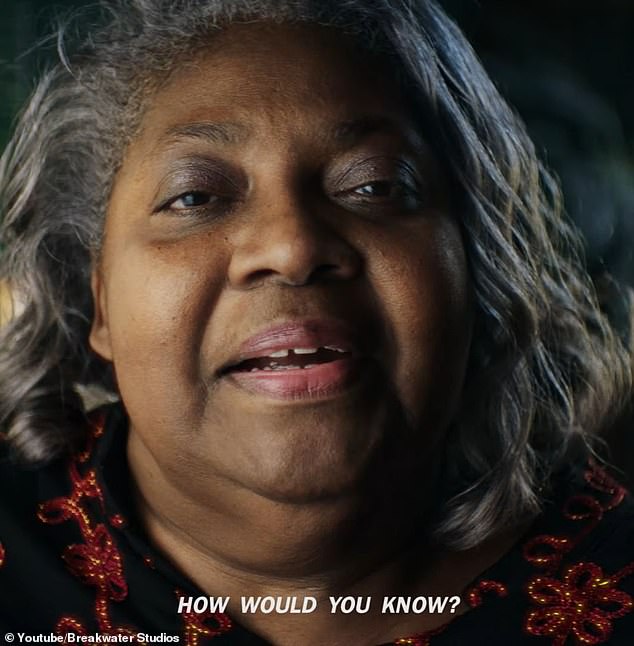 Harris, pictured, was a pioneer in women’s basketball, having led a rural Mississippi college to three national titles, scored the first basket in women’s Olympic history in 1976

Proudfoot’s documentary tells the story of Lusia ‘Lucy’ Harris Stewart, a pioneer in women’s basketball, having led a rural Mississippi college to three national titles, scored the first basket in women’s Olympic history in 1976, and becoming the first and only woman to be drafted into the NBA.

In the seventh round of the 1977 NBA draft, Harris was selected by the New Orleans Jazz as the 137th place overall.

Harris never expressed an interest in playing in the NBA, and it was later revealed that she was pregnant at the time, making her unable to attend the Jazz’s training camp.

She was selected over 33 male players.