The irate customer can be seen pulling down her trousers and underwear before defecating on the floor in front of an employee. Sickening footage then shows her scooping the mess into her hand and throwing it st workers at a Tim Horton's in Langley, Canada.

She then wipes her bum with a napkin and hurls it at horrified workers with her trousers still round her ankles.

According to Buzzfeed, staff had refused to let her use the toilet on Monday, with employees citing "past behaviour" as the reason she was banned.

Corporal Holly Largy from the Royal Canadian Mounted Police in Langley confirmed the woman was arrested. 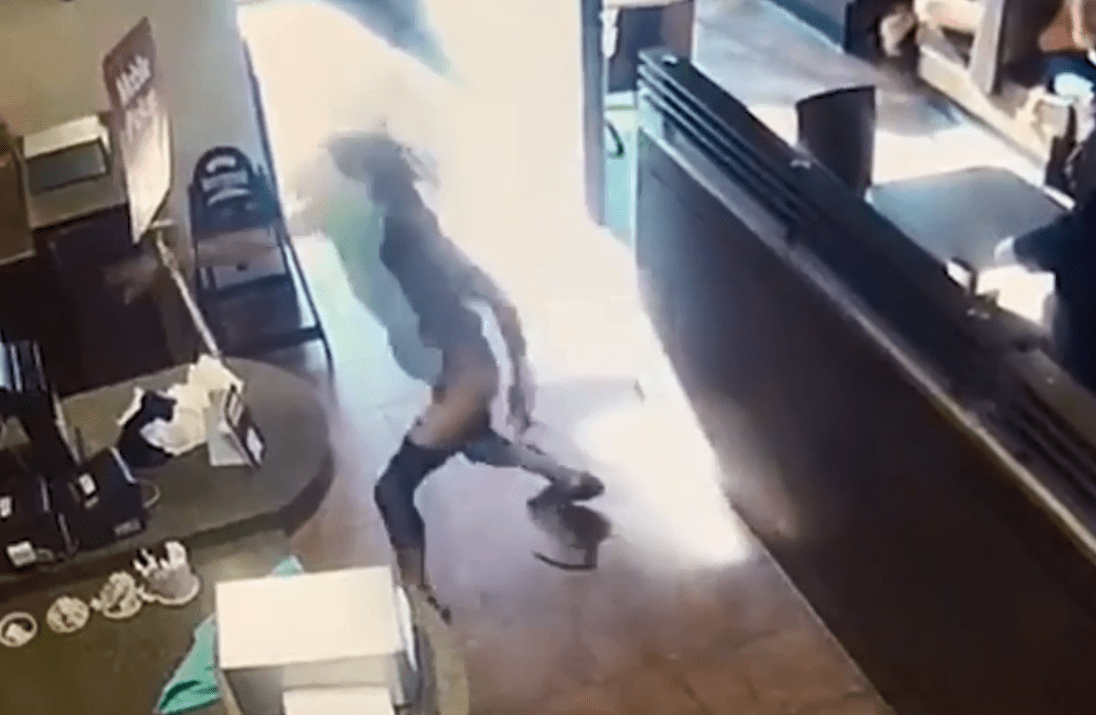 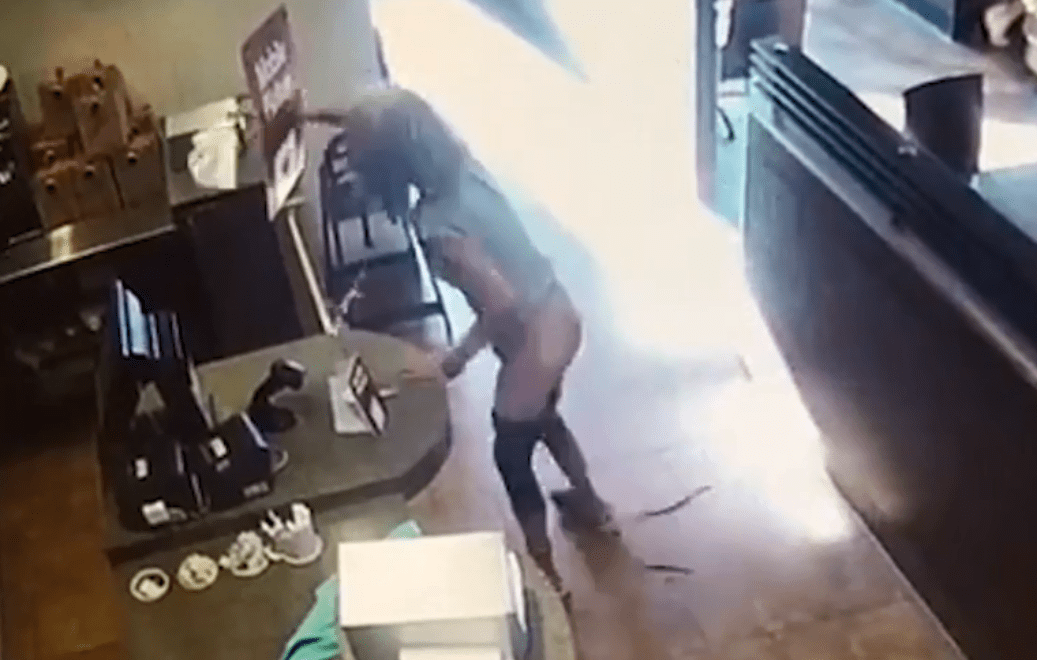 She was later released with a promise to appear in court at a later date.

A spokesman for the chain told Buzzfeed: "We strive to create a welcoming environment for all of our guests and the communities we serve," the coffee chain said in a statement.

"We are deeply concerned by this video as the safety of our team members and guests is always a top priority for us."