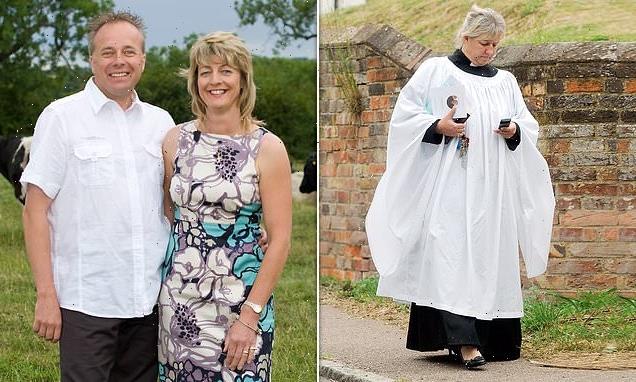 Divorced gay vicar, 55, quits her parish in disgrace for good amid claims she had drunken rows with a string of girlfriends

A lesbian vicar has left her parish in disgrace amid claims she had drunken rows with a string of girlfriends.

It is the second time that mother-of-three Rev Michelle Bailey has quit in controversial circumstances.

She previously departed from a Church of England parish after accusing villagers of wrecking her marriage – and then left her husband and children to live with a female lover. But she returned to the pulpit in the Church in Wales – which is part of the Anglican communion but disestablished from the Church of England.

Earlier this year, she was cleared in court of assaulting another girlfriend, but remained suspended while senior clergy investigated a string of complaints about her. 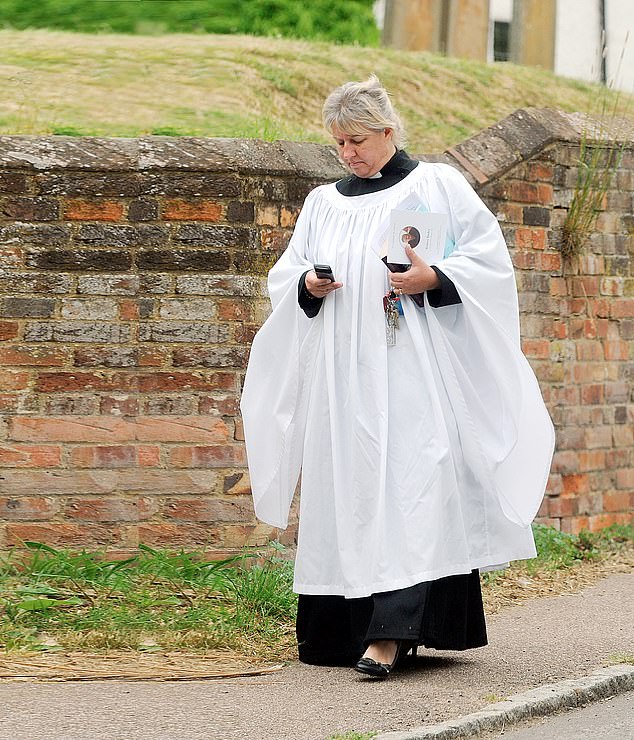 Mother-of-three, Rev Michelle Bailey, 55, has left her parish in disgrace amid claims she had drunken rows with a string of girlfriends

The vicar, 55, was said to have picked up a number of women on online dating sites and invited them round to her home, with drunken rows leading to the police being called at least twice.

Now the Daily Mail has learned that Rev Bailey has retired before the investigation can be completed. She is understood to have gone travelling in a campervan.

Last night a Welsh church spokesman said: ‘The Rev Michelle Bailey has now retired from all ministry in the Church in Wales.’

Her behaviour first hit the headlines in 2009 when she was the vicar of St Michael and All Angels Church in Stewkley, Buckinghamshire, and still married to husband Michael.

Parishioners found her behaviour erratic. She used a sermon in church to denounce them as gossips, saying: ‘Hurtful angry words have destroyed my marriage’. She blamed ‘poisonous’ rumours about her friendship with cattle breeder Michele Wilde. Village were later shocked when the vicar moved in with Mrs Wilde.

Free of the Church, she began living openly as a lesbian – while Mrs Wilde set up home with the vicar’s ex-husband before killing herself.

Rev Bailey then decided to return to the ministry with the Church in Wales and succeeded in doing so despite criticism by the Church of England.

A Church of England source said: ‘Although she was using her maiden name, the Church in Wales were aware of the problems she had here and asked us for detailed information. 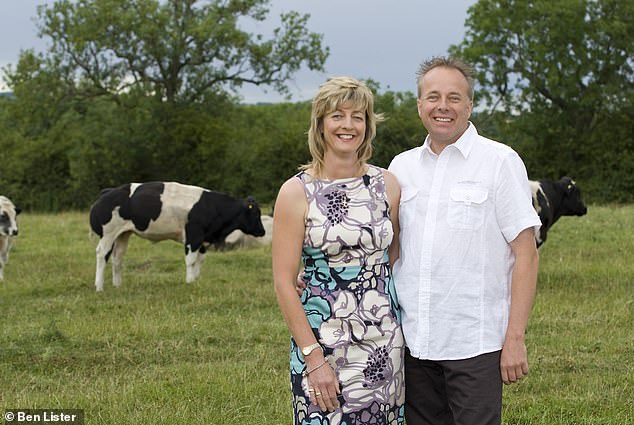 ‘They were even sent copies of Daily Mail stories about her. The note in her file was quite clear. It said she resigned from her church because of ‘incapacity to do the job’. It was made quite clear to the Church in Wales that she should only work in a supervised ministry, not a parish.’

The Church in Wales apparently decided Rev Bailey was a reformed character when she joined in 2016.

Initially appointed as bishop’s officer for rural events in the diocese of Swansea and Brecon, she was soon given her own parish when made the priest in charge of the Benefice of Dan yr Epynt – a group of seven rural churches. Archbishop of Wales John Davies said when she was licensed: ‘Michelle has courage and vision, and enthusiasm for the ways of the Lord Jesus.’

But a source at the church in Brecon said: ‘As a vicar Michelle got away with virtually anything she wanted – and the Church did not help control her at all.

‘She was meeting women online, taking them back to the vicarage in the village of Cradoc and drinking with them. Rows broke out and the police were called. It’s a small village and people were talking.’

In March this year Rev Bailey was cleared of assaulting ex-girlfriend Di Shore. It had been alleged that she left Ms Shore, 56, with her right ear detached, two black eyes and a split nose in a lockdown brawl.

But the vicar said she was assaulted and had been defending herself. She is now thought to be travelling but previously slammed down the phone when contacted by the Daily Mail about allegations against her.