WHEN Hazel Lawrence's son Sidney developed a sore throat, doctor's put it down to little more than tonsillitis.

But within days, the seven-year-old from Gravesend, Kent, was left fighting for his life after being diagnosed with a rare and aggressive form of cancer. 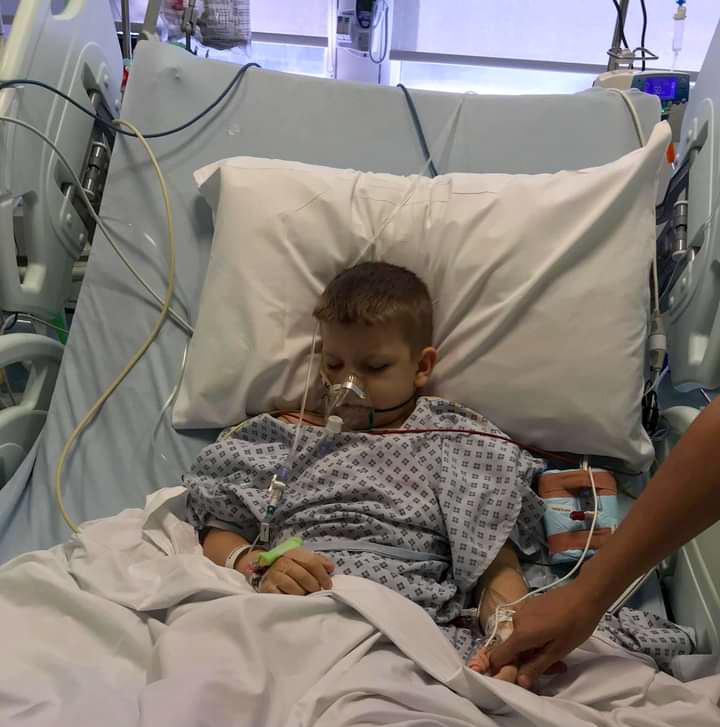 The youngster is now undergoing gruelling chemotherapy for acute lymphoblastic leukaemia – which affects just 790 people a year in the UK.

Mum Hazel, 37, said at first she and husband Mick put their son's symptoms down to being "a bit lazy".

"He was sleeping when he shouldn't and didn't want to go for walks with his dad," she said.

But then Sidney started to complain about having a sore throat, so she took him to see the doctor. 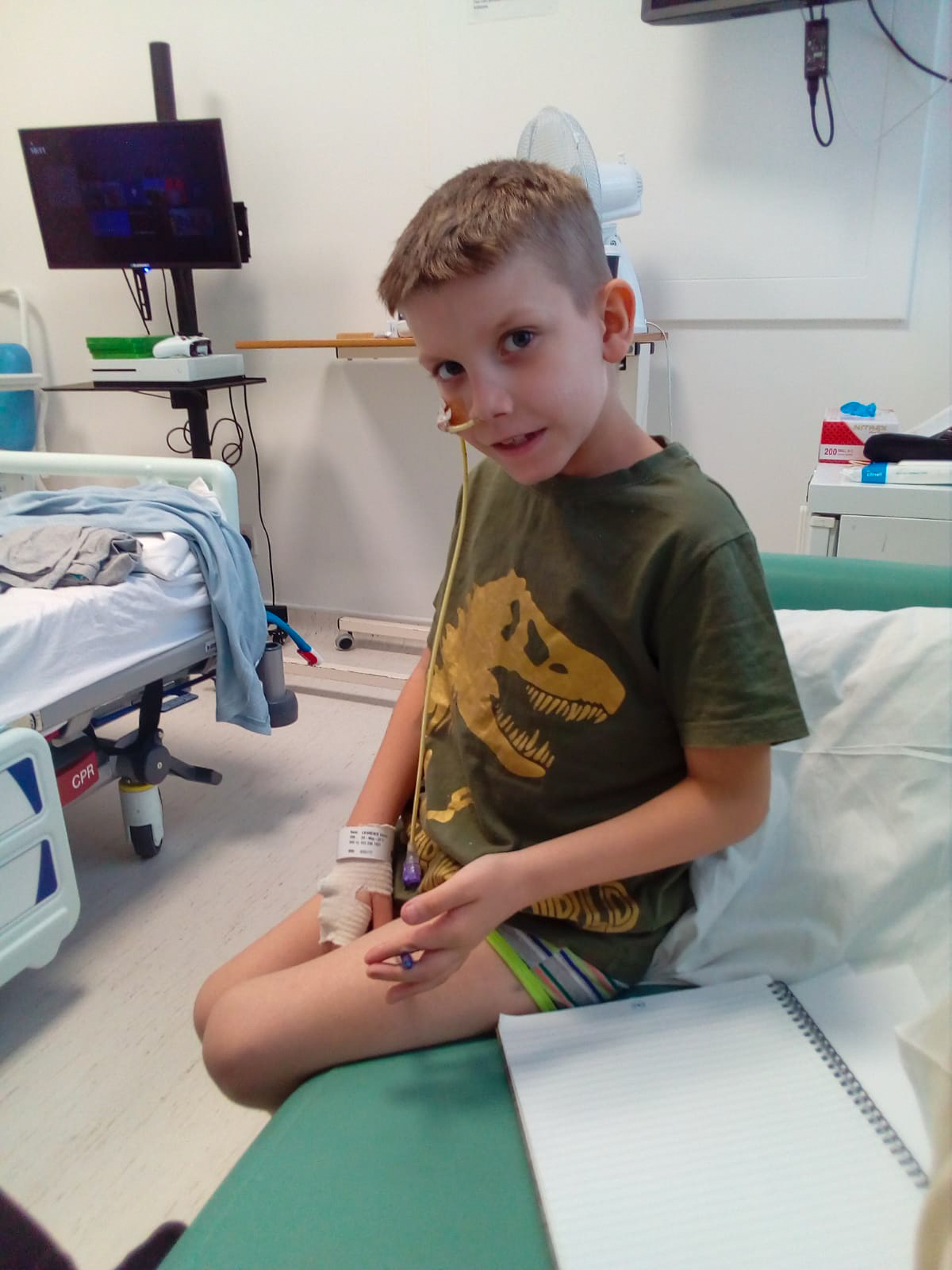 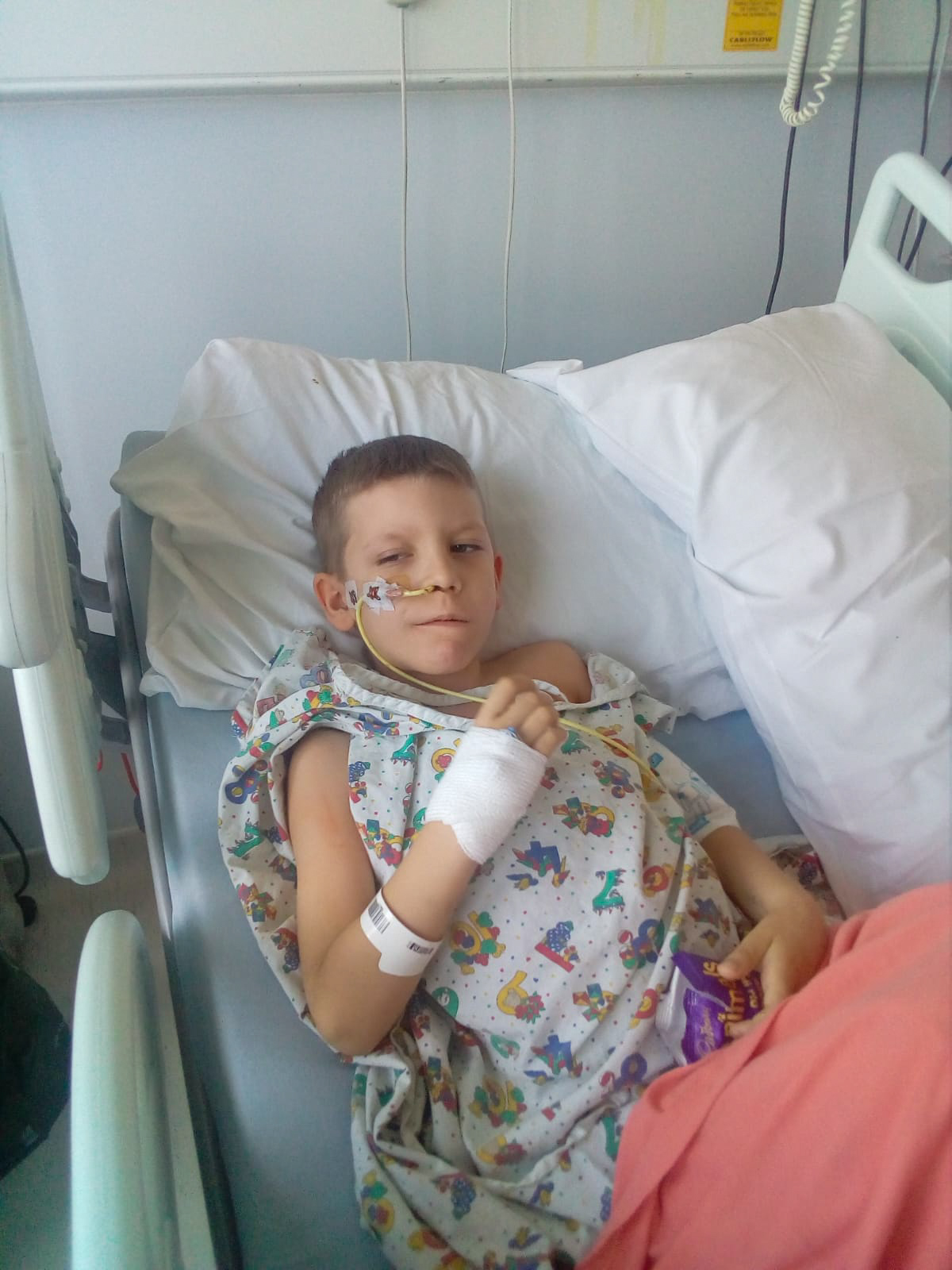 Hazel said: "They took one look at him and said he had tonsillitis and an ear infection, so gave us some antibiotics.

"He started taking them but nothing changed – if anything, he got worse.

"I had a feeling that something wasn't right, so I called the doctor again, but they wouldn't even examine him until his blood results were back.

"I understand that they have their policies but it was like banging my head against a brick wall."

Eventually, Sidney became so unwell that his worried parents ended up taking him to A&E at Darent Valley Hospital on September 12.

"I think they knew it was more serious than just an infection because they sent him for emergency tests and said we'd get the results that day," she said.

"My heart dropped when they said they wouldn't give me the results alone – they said both parents had to be there. They never do that for good news.

What is acute lymphoblastic leukaemia?

Acute lymphoblastic leukaemia (ALL) is a type of blood cancer that starts from young white blood cells called lymphocytes in the bone marrow.

Adults and children can get it but it is most often diagnosed in younger people.

It's very rare, with around 650 people diagnosed with the condition each year in the UK.

Many symptoms of ALL are vague and non specific. It may feel like the flu as symptoms are caused by too many abnormal white blood cells and not enough normal white cells, red cells and platelets.

It is a genetic change in the stem cells that causes immature white blood cells to be released into the bloodstream.

However, it's not clear what causes the DNA mutation to occur.

The main treatment for acute lymphoblastic leukaemia is chemotherapy, and usually steroids as well.

Treatment with a targeted cancer drug might also be used as well. Some people will need a stem cell transplant.

The outlook for adults with acute lymphoblastic leukaemia isn't as promising as in children.

Around 40 per cent of people aged between 25 and 64 will live for five years or more after receiving their diagnosis.

In those aged 65 or over, around 15 per cent will live for five years or more after being diagnosed. 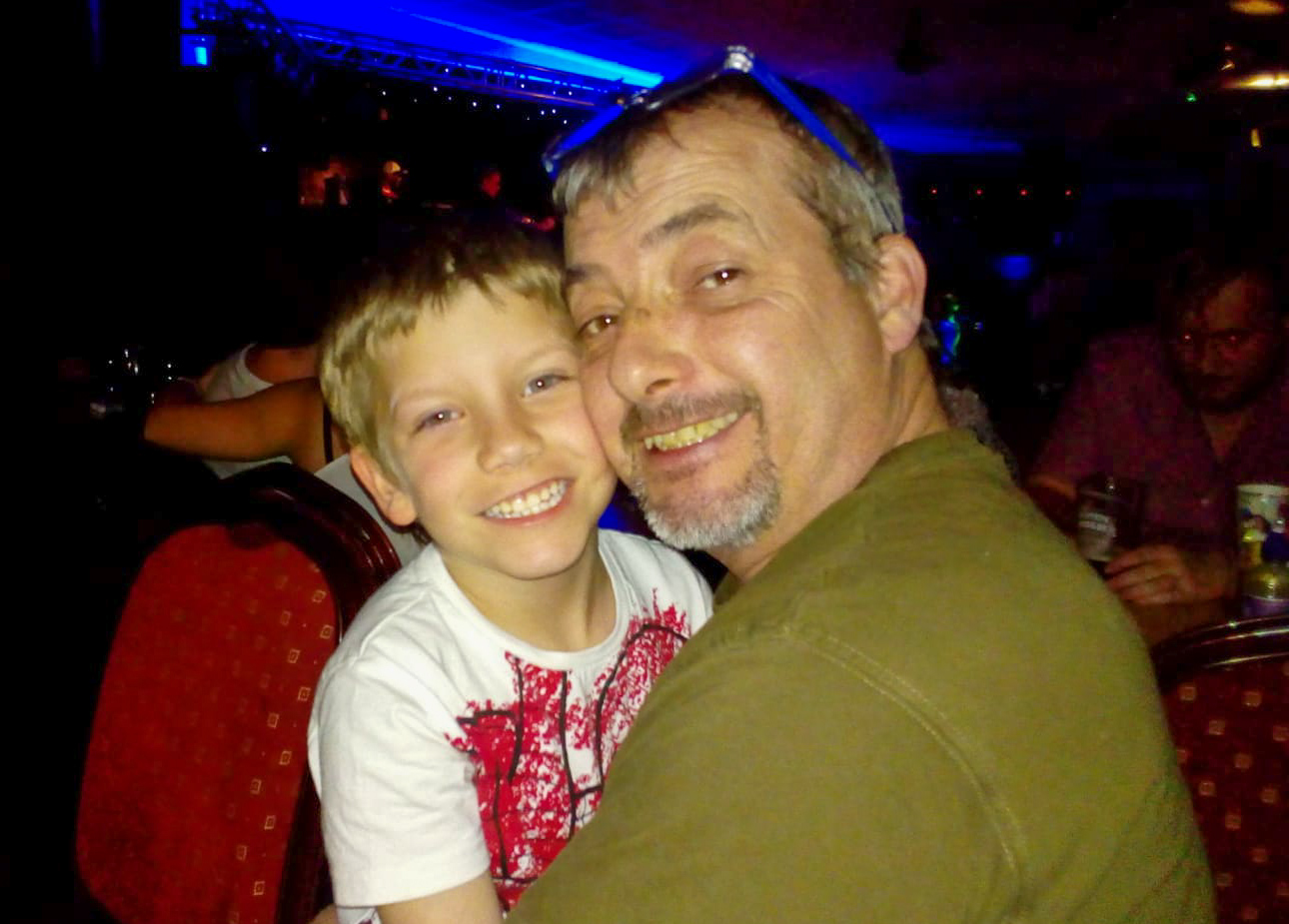 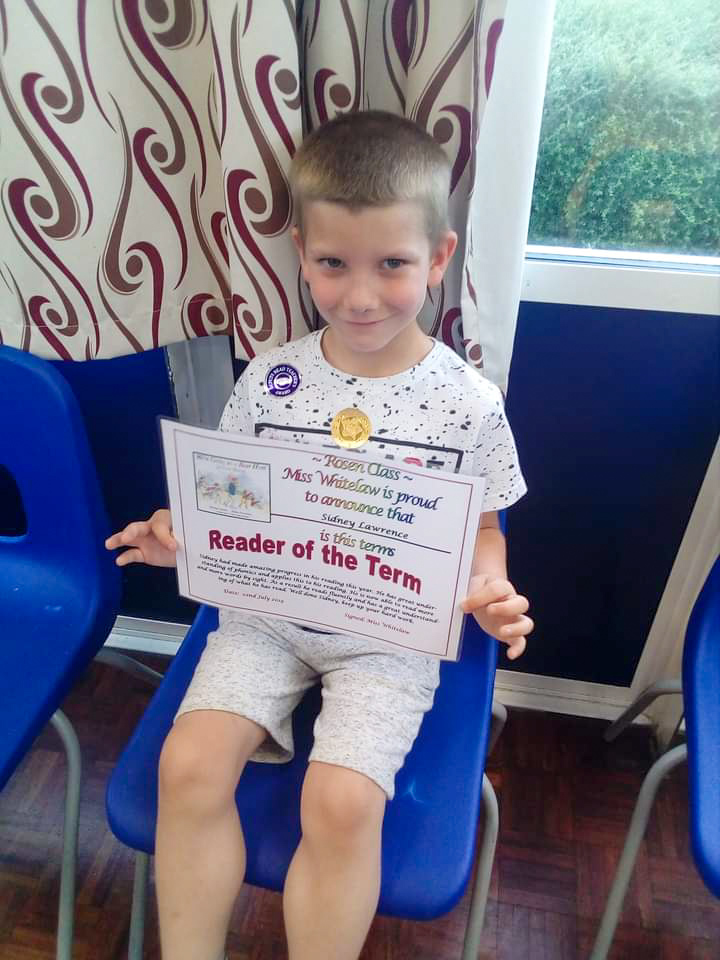 "When Mick got there, they sat us down and said 'sorry, your son has leukemia'. I just broke down and cried.

"Obviously you wouldn't wish it on anyone, but you can't help but think 'Why my child? What have I done to deserve this?'"

Once the devastating news had settled in, Hazel had the heartbreaking job of having to explain to her son what was wrong.

She said: "We told him his blood was broken and he needed some medicine, and he took it completely in his stride.

"He worked out that it was cancer when he overheard a nurse mention chemotherapy – but he's coping quite well." 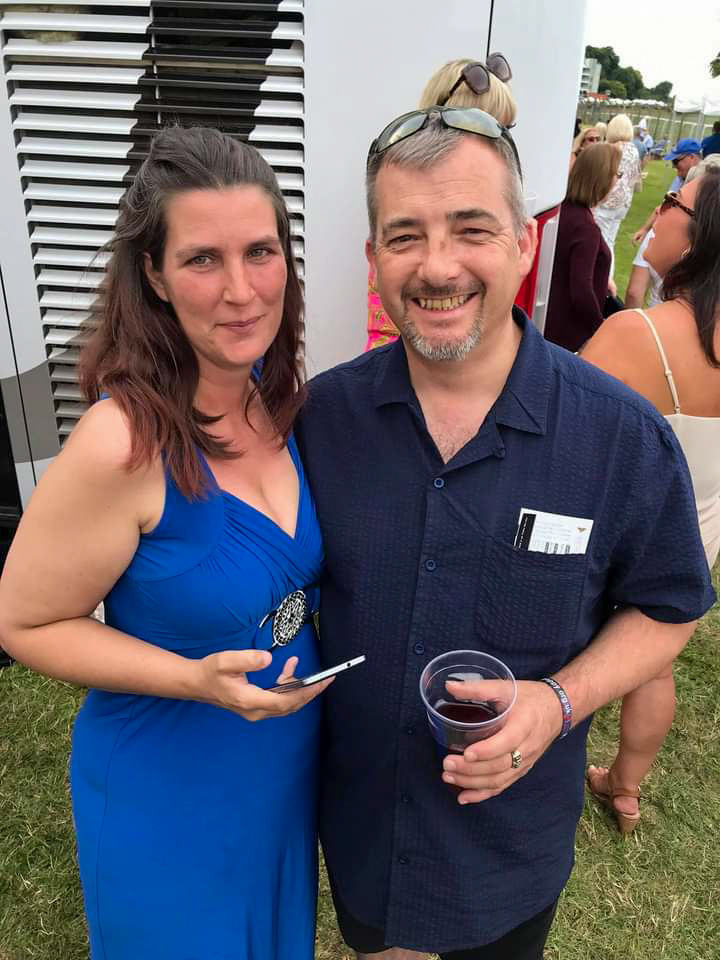 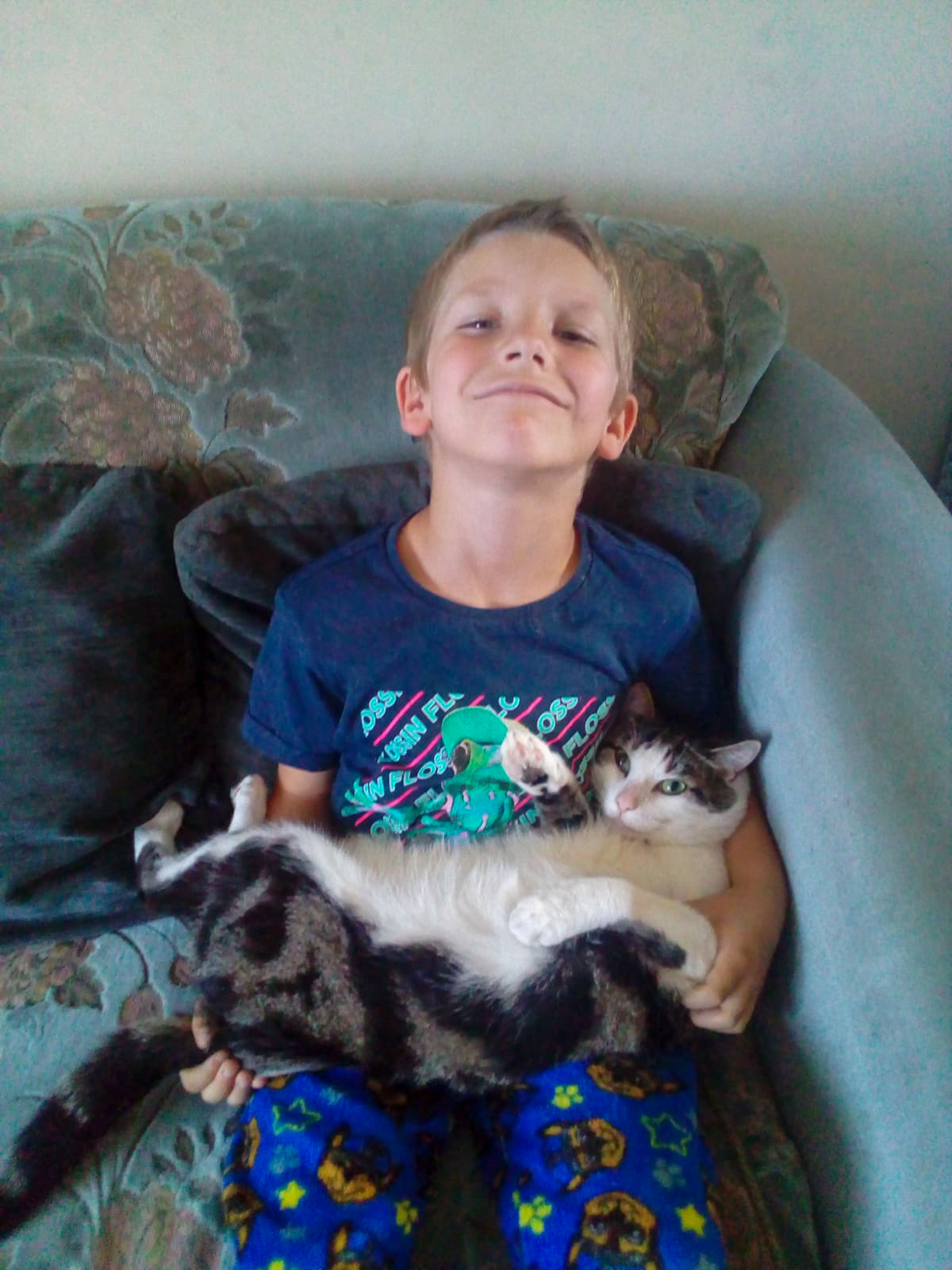 Hazel said her son has been "so brave" since starting his treatment last month, but added that there has been ups and downs.

"He obviously has good days and bad days but his attitude has been inspirational. We couldn't be prouder," she said.

"When he was able to come home, our cat Chico immediately came over to him and hasn't left his side since.

"He's been looking after him, which is really sweet because he was like Sidney's baby when he was a kitten – it's like they've switched roles.

"Chico's been his best friend throughout all of this, he even watches him sleep to make sure he's breathing right. It's lovely to see."

Independent filmmaker Kaitlyn Boxall is now trying to raise money for the family to help them cover travel expenses after Sidney's parents have been left out of work.