A doctor has been suspended after she turned up so drunk for work she had to be treated in her own hospital’s A&E department.

Dr Sarka Bakalarova, from the Czech Republic, was ’10 or 11 times the legal limit’ when she arrived for her shift at United Lincolnshire Hospitals NHS Trust in November 2018, having downed an entire bottle of vodka.

A disciplinary tribunal heard that the doctor, working in the UK as a locum Breast Radiologist, was so intoxicated colleagues realised she ‘had no idea where she was’.

Horrified doctors found her slumped at her desk and then intervened to ensure she did not perform any procedures at the Trust.

The tribunal said that Dr Bakalarova’s actions had put patients at unwarranted risk of harm, and ‘although she states she had not intended to work there was the potential for harm had she been capable of doing so’. 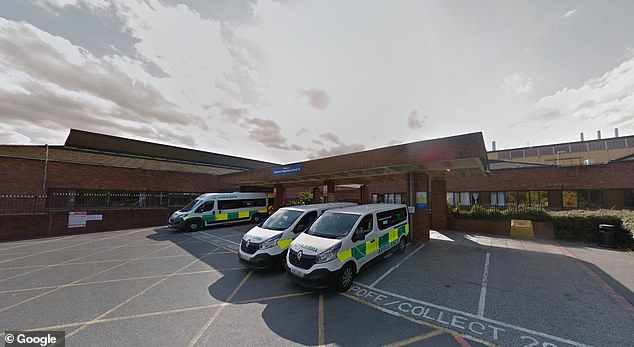 A doctor has been suspended after she turned up so drunk for work she had to be treated in her own hospital’s A&E department. United Lincolnshire Hospitals NHS Trust is pictured above

It ruled that turning up to work whilst under the influence of alcohol amounted to misconduct which impaired her fitness to practise and suspended her for nine months.

After being found by her colleagues in November 2018, Dr Bakalarova was questioned.

Once she had sobered up a little, she admitted she had earlier flown back into Britain having had a drink on the plane and then polished off a bottle of vodka on the train journey to work.

The Radiology Operational Manager at the Trust, whose name was only given in the GMC’s report as Mr D, told the hearing colleagues called for him after Dr Bakalarova had been wheeled into A&E around 1pm.

He said: ‘In my view it was clear that Dr Bakalarova was under the influence at this point. I can’t remember the exact figure of the blood alcohol level, but I know it was very significant, maybe 10 or 11 times the legal limit.

‘She was slurring some words quite badly, she had poor balance and she kept repeating things.’

On her release from A&E, Mr D escorted her to the on-site doctors’ residence, stating: ‘She had no idea where she was, and she kept asking where she was and what had happened.

‘She asked why we were doing this and asking what would happen to her.

‘She did try to mitigate and explain she hadn’t done any reporting or any procedures. She wasn’t in a lucid state.

‘At about 6pm Dr Bakalarova began to become a bit more lucid and I think it dawned on her what had happened.

‘She admitted she had drunk a whole bottle of vodka before work. She said she’d had a drink on the plane, a drink at the hotel when she arrived and then drank the bottle of vodka on the train.’ 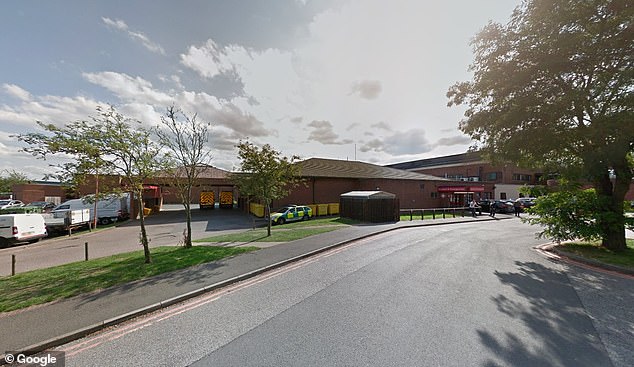 Other colleagues described Dr Bakalarova – a breast radiologist – as ‘quite hysterical’ and ‘quite insulting’ when she was first found in the Radiology department.

A Consultant Mammographer said that when they assisted the crash team in wheeling her from the department to A&E she was ‘talking to me but not in a language I understand’.

They added: ‘She was screaming and wailing. She refused to let go of my arm and when I tried to remove myself from her grip she tried to get off of the trolley. It was decided I would attend A&E with her, as it seemed to calm her somewhat to have me near.

‘On the journey Dr Bakalarova became extremely agitated. She repeatedly tried to get off the trolley.’

Dr Bakalarova told the Medical Practitioners Tribunal Service hearing that she was ‘ashamed’ of the incident on November 5 2018 but that it was a ‘one off’ and argued that as a result her fitness to practise is not impaired.

The reasons for her drinking so heavily that day were outlined to the tribunal but have been redacted from the final report.

Dr Bakalarova qualified in 1988 and practised in Czech Republic as a Radiologist from 1989 until 2017.

In 2007 Dr Bakalarova started working two weeks per month as a locum in Ireland, and in June 2016 she began undertaking locum work in England with the intention of working in the field of Breast Radiology.

At the time of her drunken episode, Dr Bakalarova was working as a locum Breast Radiologist at United Lincolnshire Hospitals NHS Trust.