Home » World News » Does Afghanistan have oil? The $3 trillion oil reserves at risk from Taliban 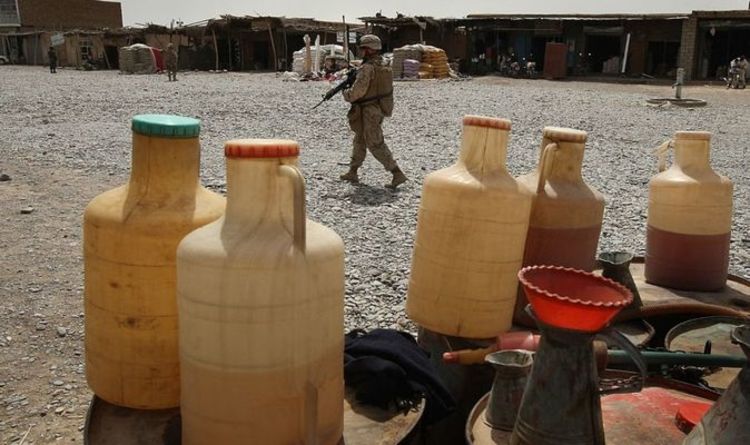 Afghanistan: Pundit hits out at Joe Biden's handling of crisis

After a 20 year conflict, the US is pulling all of its troops from Afghanistan – and the Taliban have filled this void, seizing territory across the country. As troops seize the capital Kabul, it seems inevitable they will have full control of the country soon.

If the Taliban seize control of power they could have access to vast mineral wealth according to a partial survey conducted by the Afghan Ministry of Mines and Petroleum in 2017.

When this survey was first conducted in 2017, the news was welcomed by the Afghan government as these resources made the country ripe for development.

Access to natural resources can boost a country’s economy and help fund its reconstruction – but as Taliban forces take back power, these resources could fall to them.

In the partial survey, the country’s mineral wealth was estimated at $3 trillion.

Despite this, the mining industry in Afghanistan appears to be a sector of loss.

Every year the Afghan government loses around $300m in revenue from mining according to Aljazeera, and contributes just seven to 10 percent of Afghanistan’s GDP.

With the Afghan Government expected to be overthrown entirely by the Taliban within the next few weeks, further disruption and loss to the sector is expected.

Could the Taliban benefit from the country’s natural resources?

The Afghan government failed to turn much of a profit from its natural resources.

In the chaos that will unfold after the Taliban seize power, it is unlikely they will be able to access the vast amount of natural resources the country reportedly has.

The Afghan Government struggled to get outside investors so without significant help, it seems the Taliban too will be unable to extract natural resources from Afghanistan.

What is Afghanistan’s economy based on?

The World Bank said: “Afghanistan’s economy is shaped by fragility and aid dependence”.

Afghanistan’s largest sectors appear to be Agriculture and its cotton textile production.

US troops entered the country in 2001, since then aid and redevelopment flooded into the country.

The World Bank said: “With an influx of aid since 2002, Afghanistan sustained rapid economic growth and improvements against important social indicators for more than a decade.”

But with the Taliban expected to take back control the economic future of this country remains uncertain.