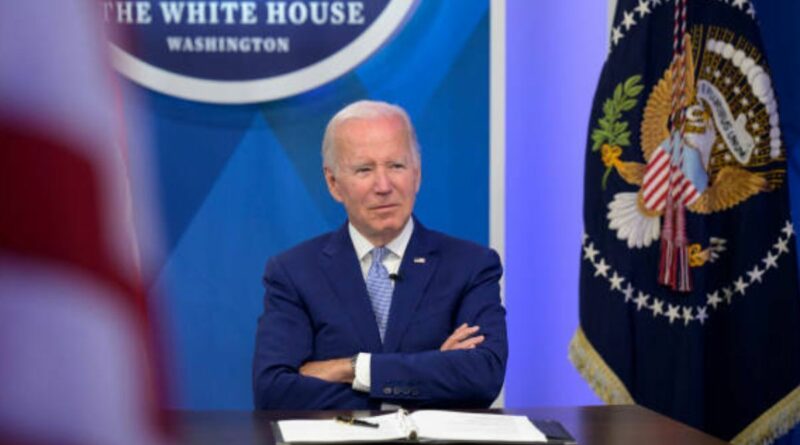 Why did Nasa blast lab-grown human muscles into space?

The new snaps from the telescope, which cost £8.3billion and was launched on Christmas Day, are the deepest-ever images taken of the universe.

The James Webb telescope has been designed to see the faint infrared glow of stars dated to within a few hundred million years of the Big Bang.

The preview event for the pictures was due to be held at the White House at 5pm EST (10pm BST), however, keen viewers were left waiting for over half an hour before any images were shown.

President Biden apologised for the delay of the reveal while revelling in the awe of the discovery.

He said: “Today is a special day. 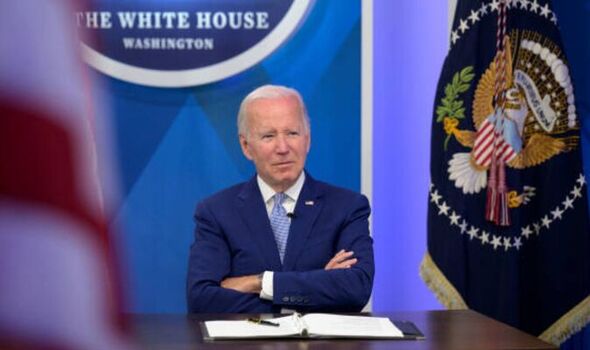 However, many angry Twitter users took to the social media site to express their frustration at the delay.

User @KaijuSouth wrote: “He doesn’t deserve this honour [sic]. It’s absurd to have this clown introduce anything of such significance.”

Another user @tap836 tweeted: “Biden must have got lost on the way to the press room.” 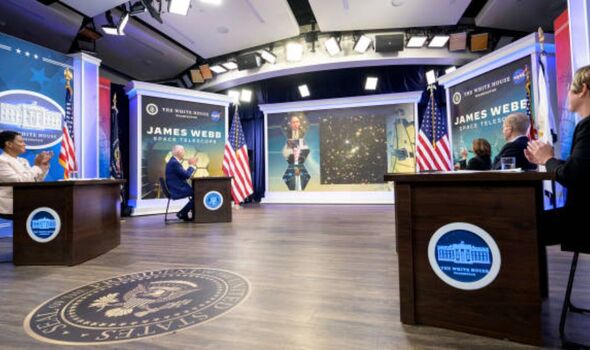 Twitter account @garsh1774 wrote: “Supposed to start at 5, then at 5:30. Ol Joe must’ve taken a nap. Guaranteed they don’t show this until tomorrow.”

While user @drew_ayo simply asked: “Is Biden taking a nap?”

Another batch of full-colour of images from the telescope are set to be published on Tuesday, further deepening our understanding of our universe.

The picture shown by the US President is the highest-resolution and deepest infrared view of the universe ever seen, capturing galaxies on screen as they would have appeared 13 billion years ago.

“There is already some amazing science in the can, and some others are yet to be taken as we go forward.

“We are in the middle of getting the history-making data down.

“It’s really hard to not look at the universe in a new light and not just have a moment that is deeply personal.

“It’s an emotional moment when you see nature suddenly releasing some of its secrets, and I would like you to imagine and look forward to that.”