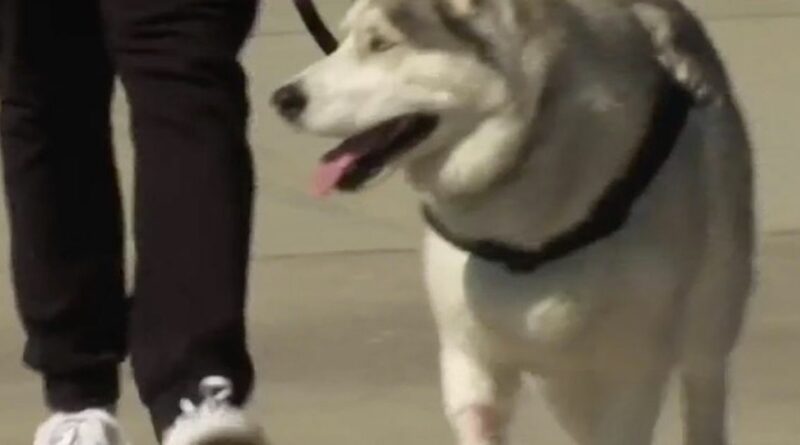 A pet owner was shocked after his dog suddenly became frantic whilst they were on their daily walk.

David Espinal said he had to rush Loki, 10, to the vets after he started running around aimlessly with a spur of energy.

"He just starts taking off and I have to run with him, just running back and forth on the street for a good 10 to 15 minutes," said David.

But the bizarre behaviour continued once they got home, with the husky still acting erratically, added the owner.

He took him to a nearby MedVet clinic in San Jose and Loki was subsequently tested for drugs.

Flustered medics found that the Husky had swallowed meth during their walk.

"I didn't think he could just rummage through the bushes and find meth," said David.

Sadly, dogs digesting drugs are becoming more and more common, according to the vets.

Terra Schorpp, hospital director at MedVet, said: "Our doctors used to see a couple cases a year, maybe a handful of cases.

"Now we're seeing one to two a month."

She added: "In the last 48 hours, we've actually had two cases."

Experts at the clinic said the majority of the cases tend to take place when dogs walk by homeless encampments, reports NBC Bay Area.

Director Schorpp urged owners to get help quickly if they suspect their dog has taken drugs.

If you think your dog ate drugs, they urge pet owners to get to a vet as soon as possible.

"It's life threatening and it can cause organ damage," she said.