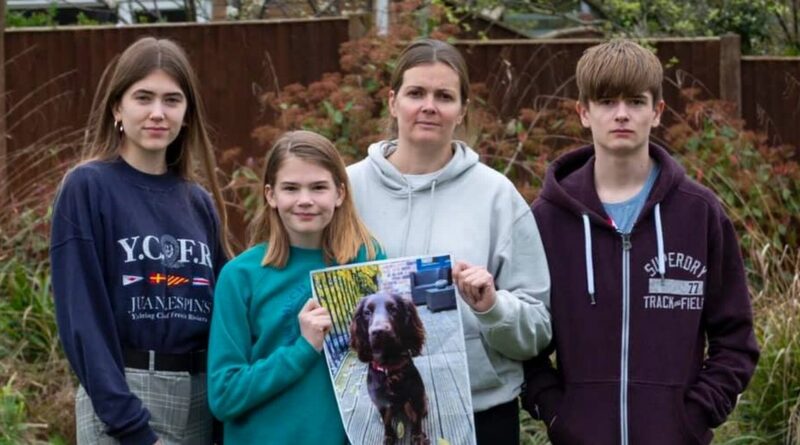 A dog owner has spent four years and more than £7,000 searching for her stolen pet.

Freya Woodhall refuses to give up on beloved sprocker spaniel, Willow, taken from her back garden.

The mum-of-four vows she won’t rest until she is found.

She has spent on posters, stalls at Crufts and petrol to drive around the country attending events and checking potential sightings.

Freya has also added Willow to databases, registered her individual nose print, and offered a £1,000 reward.

The chocolate brown springer and cocker spaniel cross had been left briefly with their other dog, Saffie, with access to a secure, closed-off back garden, on September 17, 2018.

When Freya returned, Willow was gone. She said: “I knew in a heartbeat she’d been stolen. If Willow had escaped, her shadow, Saffie, would have gone with her.”

Freya, from Homer, Shrops, spends 20 hours a week appealing on her Facebook page, which has 10,000 followers.

She said: “It’s been difficult for the whole family. We live in a constant state of limbo.”