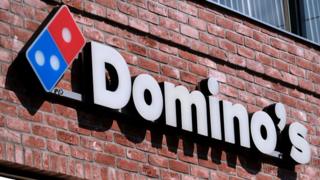 Domino’s Pizza has dropped a promotion offering free pizza to women named Karen after it was met with a backlash.

In recent years, the name “Karen” has been used as an insult to describe white middle-aged women who are perceived to be obnoxious or racist.

The pizza franchise’s New Zealand arm initially said it wanted to give “nice Karens” a break from negativity.

But some said it was tone-deaf, ignored more important issues, and “rewarded privilege”.

What was the offer?

A giveaway, titled “Calling all (nice) Karens” was posted on the pizza chain’s Australian and New Zealand pages.

It asked those named Karen to tell Domino’s in 250 words how they were one of the “nice ones”.

“The name ‘Karen’ has become synonymous with anyone who is entitled, selfish and likes to complain,” Domino’s chief marketing officer in the region, Allan Collins, said while introducing the officer.

“What used to be a light-hearted meme has become quite the insult to anyone actually named Karen.

“Well, today we’re taking the name Karen back. At Domino’s, we’re all about brining people together and we want to celebrate all the great Karens out there by shouting them a free pizza!”

What was the reaction?

The offer was immediately criticised, with many arguing “Karen negativity” was an issue that affected mostly “privileged white women”.

“Most of the time Karens are entitled privileged white women. If a few people actually called Karen can’t handle the meme they should try handling 400 years of oppression,” said one user on Twitter.

“When you wanna reward more privilege to the most privileged in our society,” another said.

Throughout COVID-19 we’ve tried to bring a smile to customers faces, with our pizza and our social…

Some brought up recent incidents where women were accused of acting like “Karens”.

“Please Dominos, stop. Karens ask to speak to the manager and actively try to get low wage workers fired. Karens put people at risk by refusing to wear a mask. Karens don’t need your defense,” said another Twitter user.

Others asked the company to find more worthwhile causes, like giving to “people who actually need it… like [those] who are homeless and have no food security”.

Even before the offer, the term “Karen” has proved controversial online. Many have argued using the name as an insult is itself racist and misogynistic.

What did Domino’s say?

Domino’s New Zealand quickly apologised for the offer on Facebook.

It said it merely “wanted to bring a smile to customers who are doing the right thing – Karen the nurse, Karen the teacher, Karen the mum”.

It said its post had come off “the back of a number of situations in Victoria, Australia [where] a person who decided they didn’t have to follow the mandate and wear a mask and took it out on retail workers”.

Earlier this month, a woman in Melbourne threatened to sue hardware store Bunnings, after staff told her it was compulsory to wear a mask. The woman was later dubbed “Bunnings Karen”.

Domino’s said that people interpreted their campaign “in a different way than we intended”.

“Our intention was one of inclusivity only. We want you to know that we are always listening and learning and when we get it wrong, we fix it. We are sorry.”

Domino’s Australia, which is running the same campaign, still appears to have the same offer up on their page.