Top Iranian general Qassem Soleimani was killed in a US airstrike in January 2020. Iran’s semi-official news agency Fars reported Tehran is now asking Interpol to assist with the arrest of US President Donald Trump. Iran has reportedly named Trump and 35 others as facing “murder and terrorism” charges as a result of the attack.

Qassem Soleimani was leader of Iran’s Revolutionary Guards’ Quds Force and was an incredibly powerful figure in Iran.

He was killed during a US drone strike in Iraq on January 3 of this year.

The US accused Soleimani of masterminding attacks by Iranian-aligned militias on US forces in the region.

After the US drone strike, Iran retailiated by firing missiles at American targets in Iraq some days later. 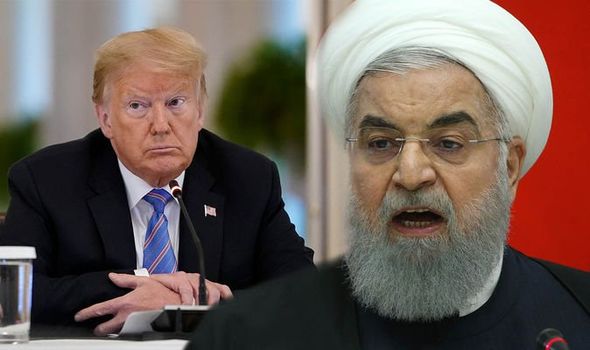 Tehran later acknowledged the attack as a “disastrous mistake” by forces.

Months after the initial drone attack, Tehran has now asked Interpol for assistance in arresting Donald Trump, and has asked for the agency to issue a ‘red notice’.

An Interpol red notice has been requested by Iran, which would mean the notice is circulated to police around the world to locate and arrest a person wanted either by a country or an international tribunal, pending extradition, surrender, or similar legal action.

However despite Iran’s request, it is highly unlikely Interpol would try to arrest Donald Trump on the country’s request.

The international agency outlines in its guidance they are forbidden from “undertaking any intervention or activities of a political” nature.

It has been suggested Iran’s recent announcement has been timed to detract attention from what is an incredibly difficult situation in Iran at the moment.

Iran’s economy is in tatters due to the coronavirus pandemic, which contributed to thousands of deaths in the country.

Iran also reopened its economy too early according to medical experts, prompting another wave of infections in the country.

But Iran is also currently on the receiving end of strict sanctions from the US, which are severely constricting Iran’s ability to trade with other nations.

This is a breaking story with updates to follow.