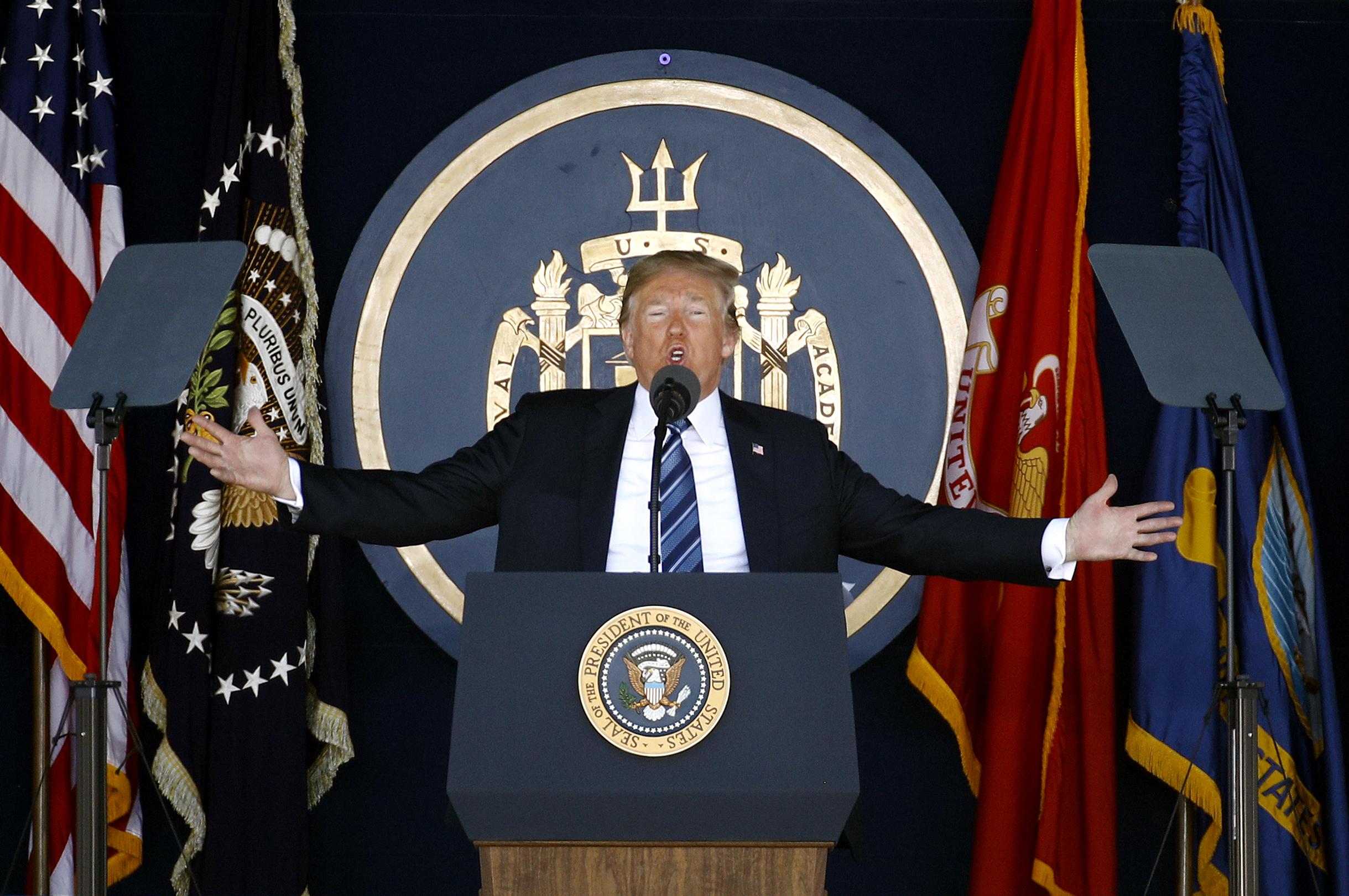 Trump said: "We're doing very well in terms of the summit," adding "there are meetings going on as we speak."

And he said they ARE still considering June 12 in Singapore for the nuclear weapons summit with Kim.

He said there is a "lot of good will" and denuclearisation of the Korean peninsula would be "a great thing."

Trump also said the talks between the two Korean leaders,  held at the truce village of Panmunjom, had  "gone very well." 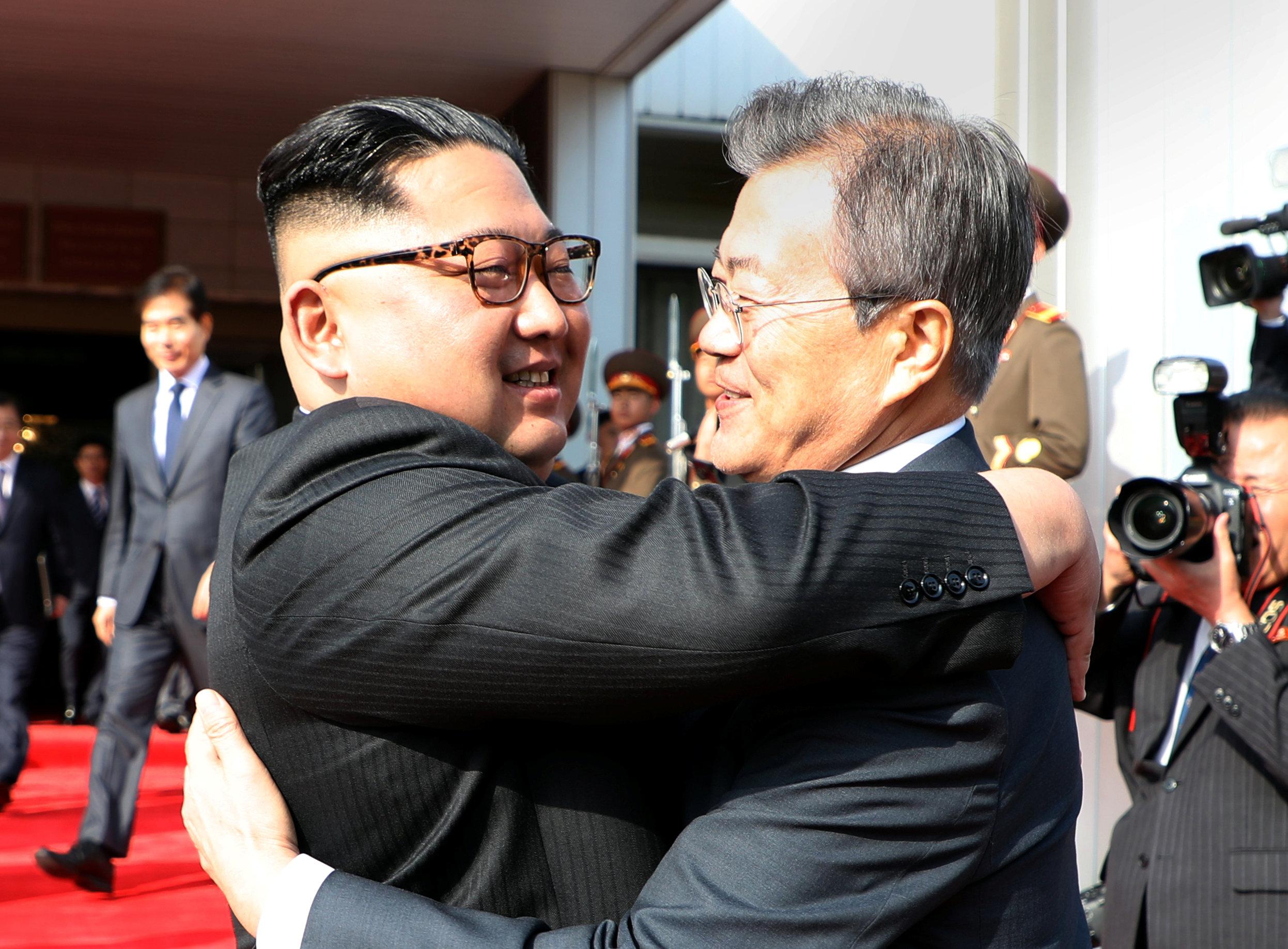 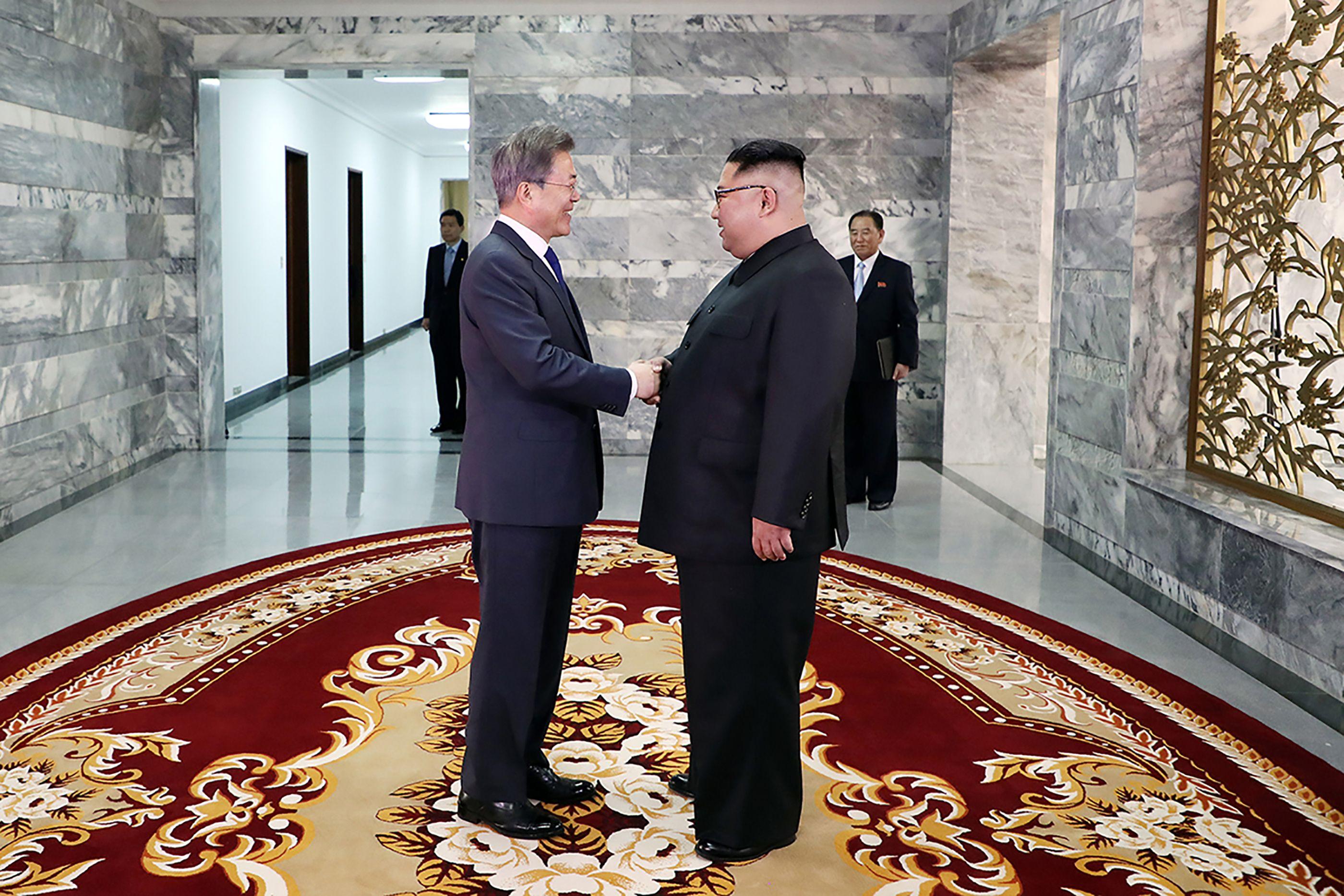 The US President announced he was scrapping the planned meeting on Friday, citing the North's ongoing "hostility."

At the time, he called the cancellation a “tremendous setback” for peace.

However, Moon said Kim remains committed to the talks and the "denuclearisation of the Korean Peninsula."

The North Korean supremo "expressed his fixed will on the historic North Korea-US summit talks."

The two leaders were pictured warmly embracing in a secluded mountain village near the border.

Moon later said: "[Kim Jong-un] expressed his intention to put an end to the history of war and confrontation."

South Korean officials say they are "relieved" about new of the revived talks.

The meeting came after Trump blasted Kim in an open letter which declared the historic meeting "will not take place". 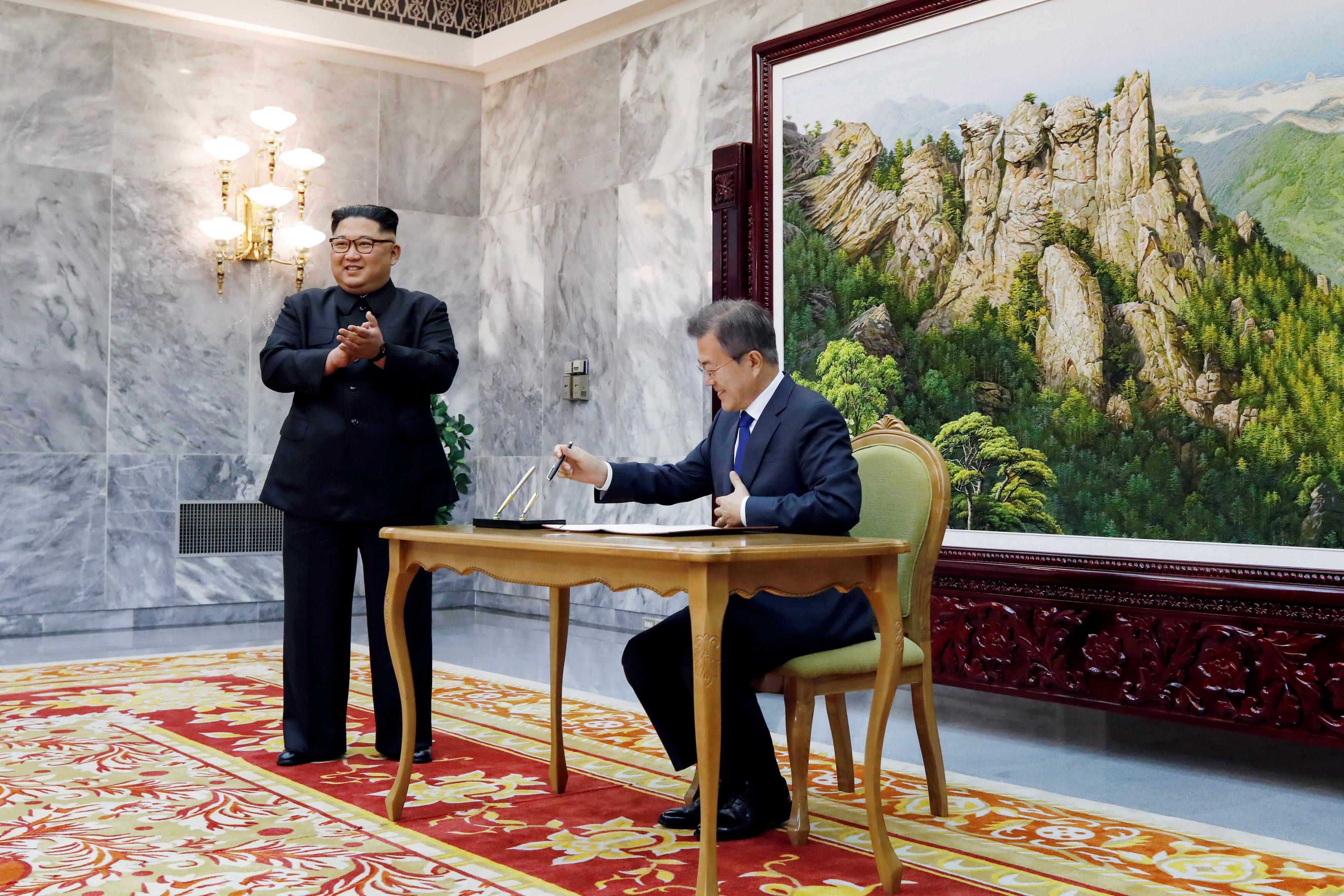 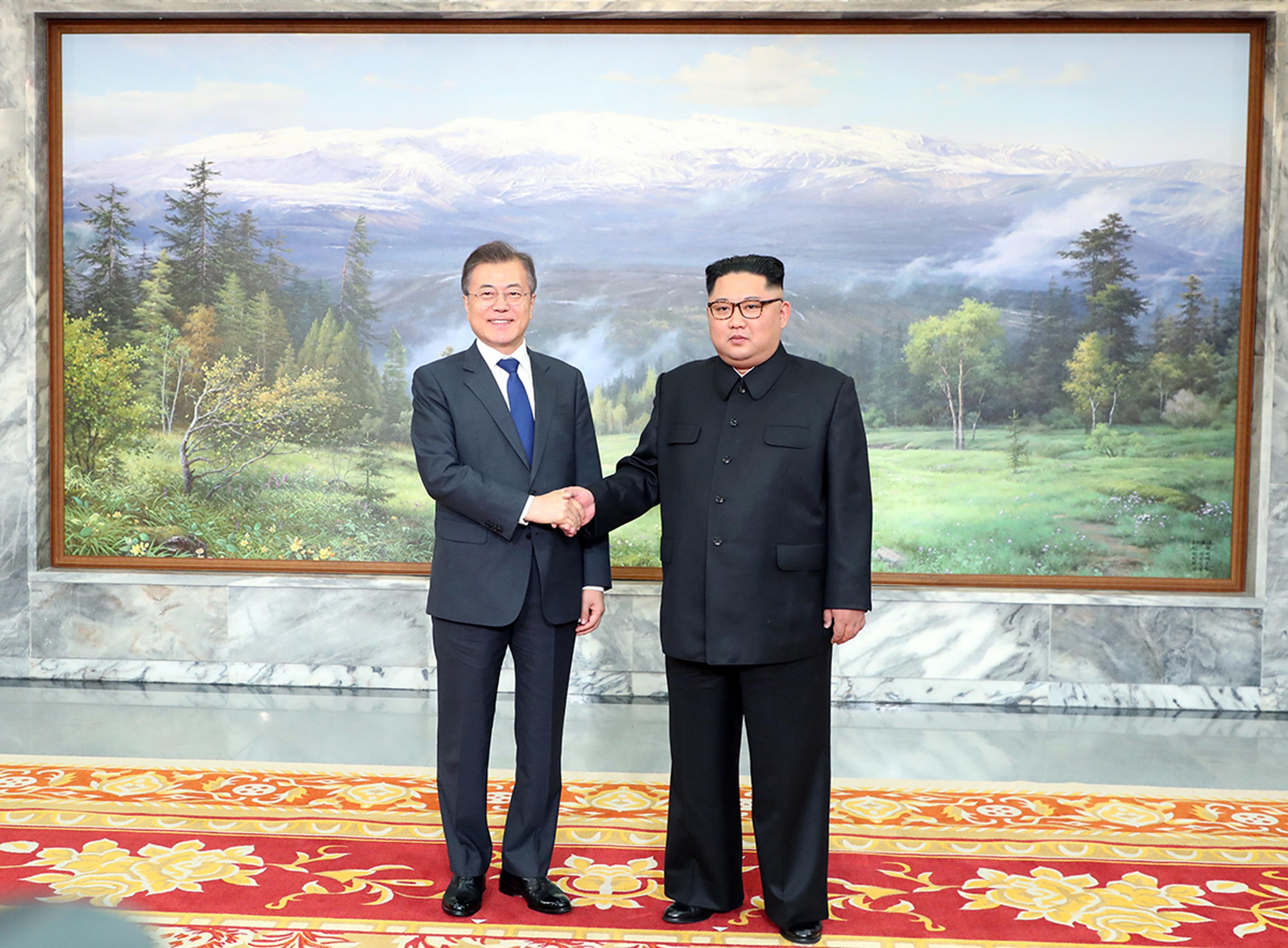 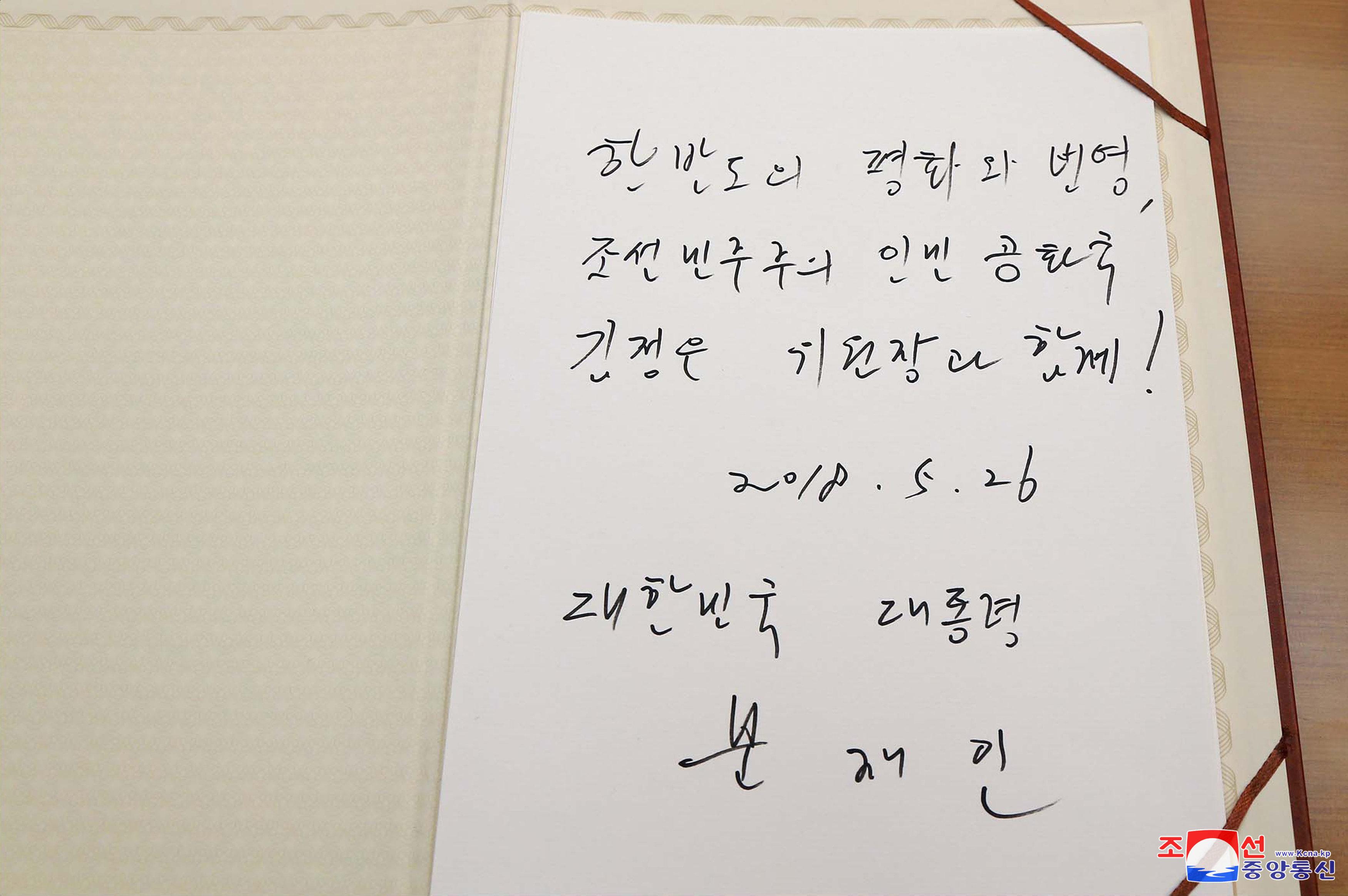 In personal letter from the President to the Chairman of the communist state Trump said he would not be going ahead with the meeting.

In the letter addressed to "His Excellency Kim Jong-un", he wrote: "Sadly, based on the tremendous anger and open hostility displayed in your most recent statement, I feel it is inappropriate, at this time, to have this long planned meeting."

Trump also made reference to the US's "massive and powerful" nuclear weapons, adding: "Therefore, please let this letter serve to represent that the Singapore summit, for the good of both parties, but to the detriment of the world, will not take place.

"You talk about you nuclear capabilities, but ours are so massive and powerful that I pray to God they will never be used."

It is thought Trump may be referring to a verbal broadside launched against his VP Mike Pence by the North Korean vice foreign minister Choe Son-hui in which he was branded "ignorant and stupid". 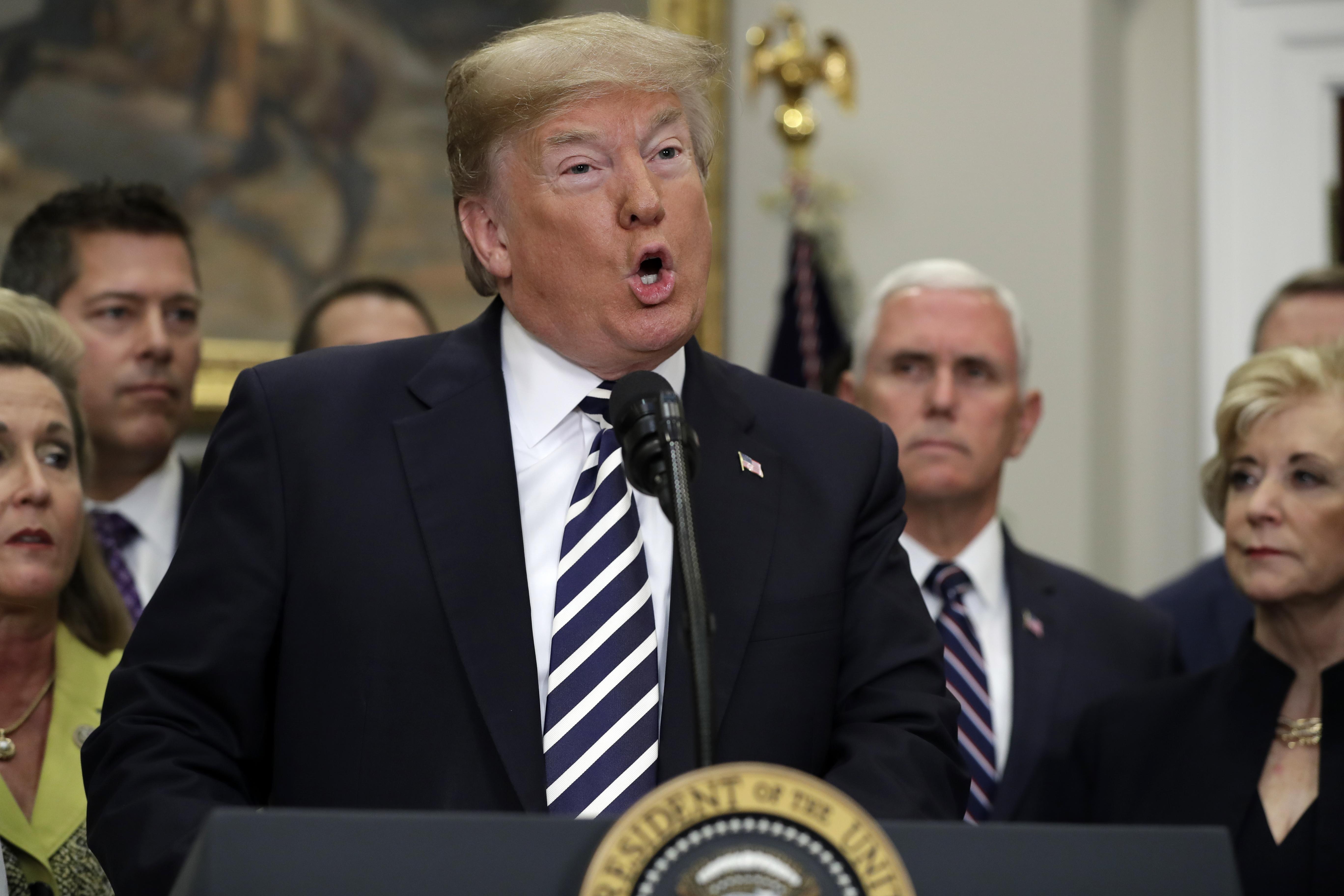 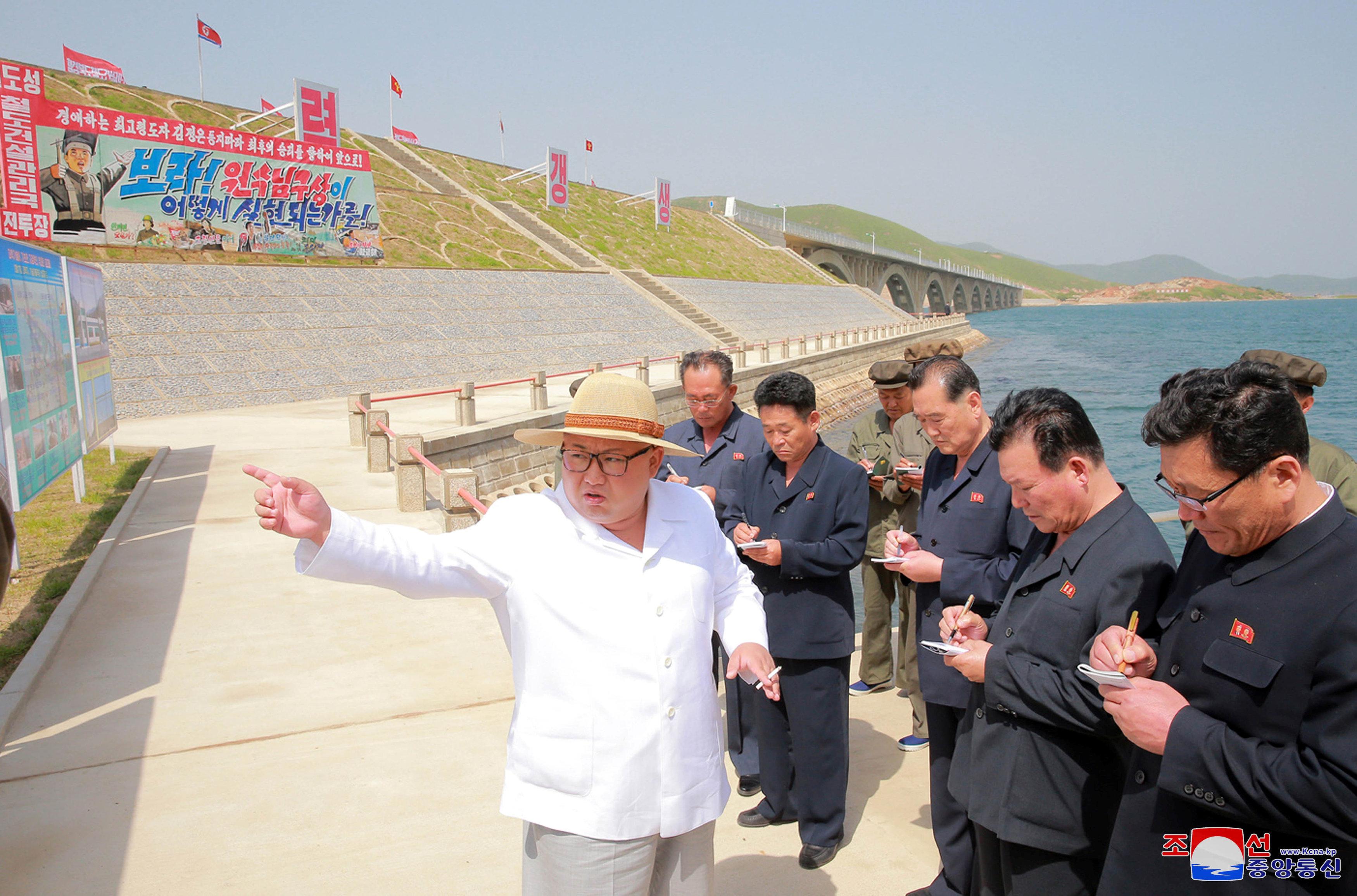 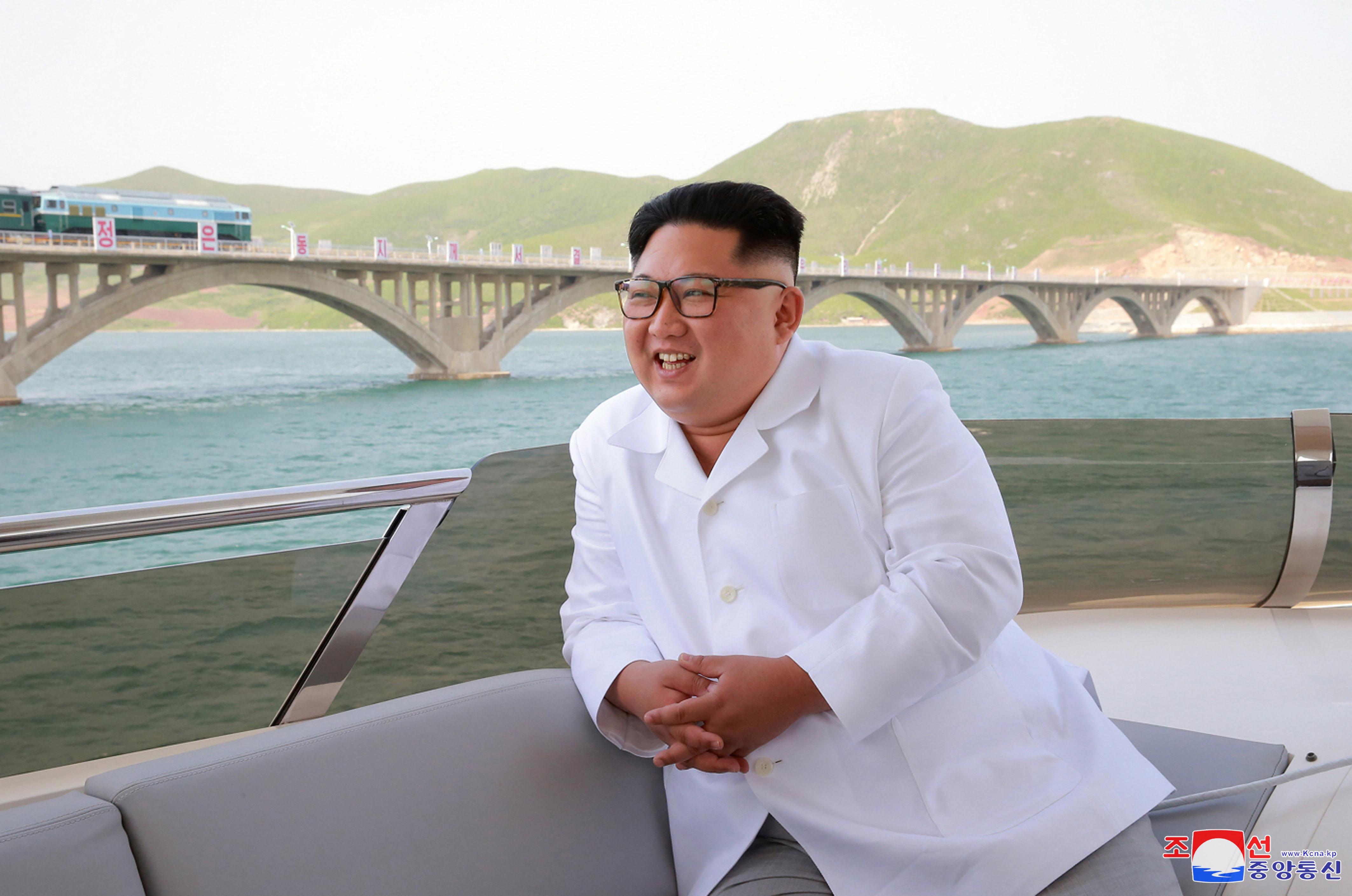 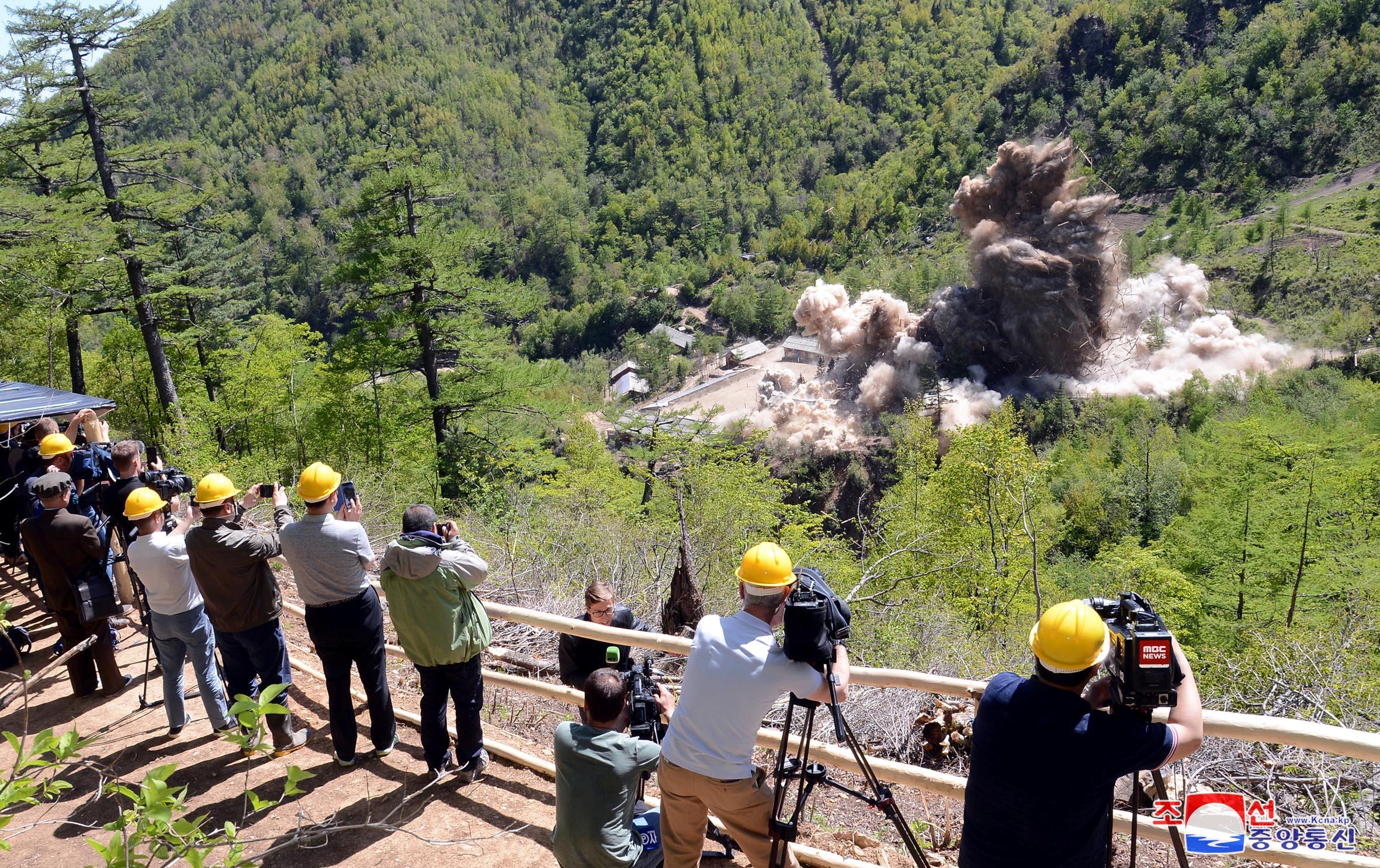 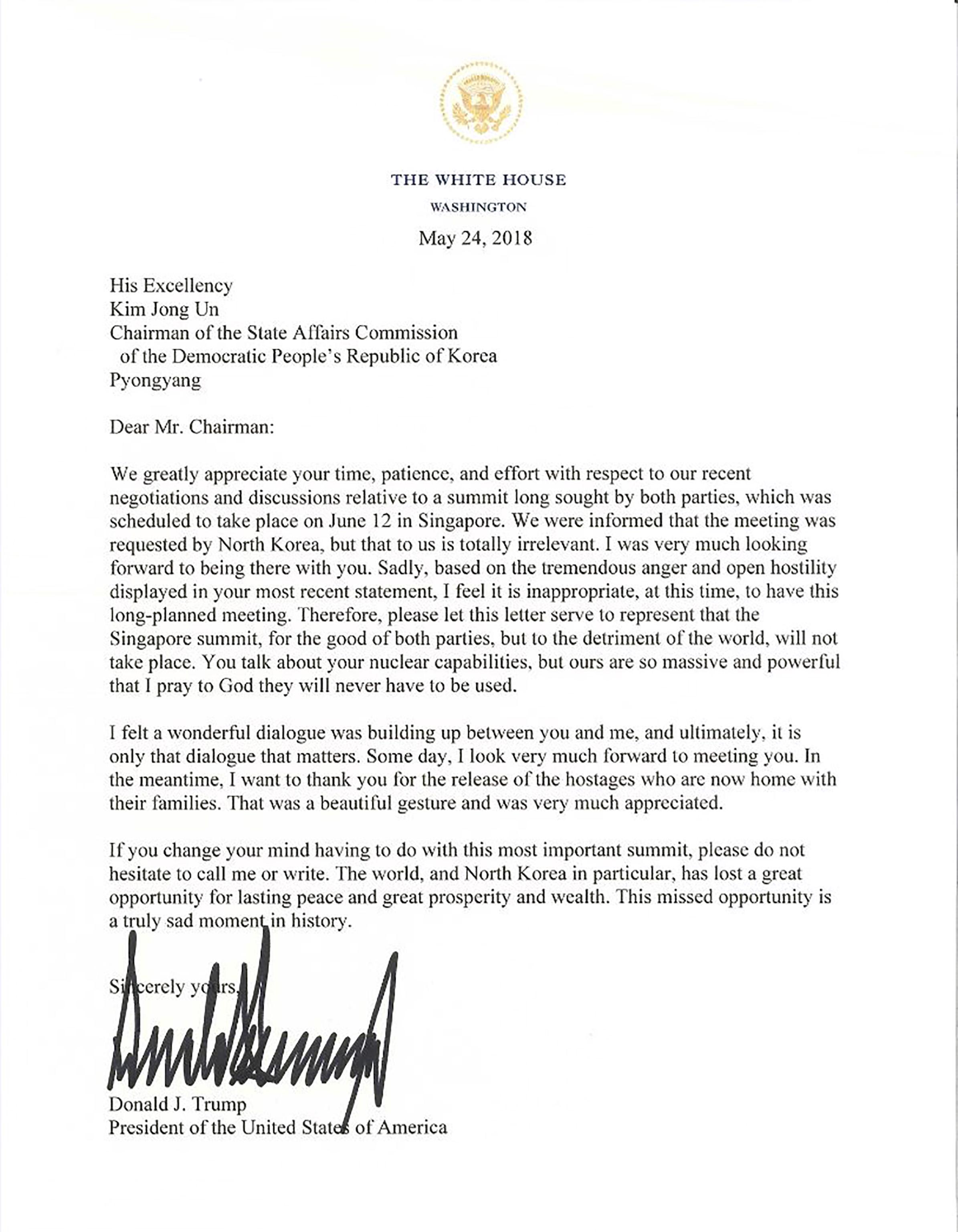 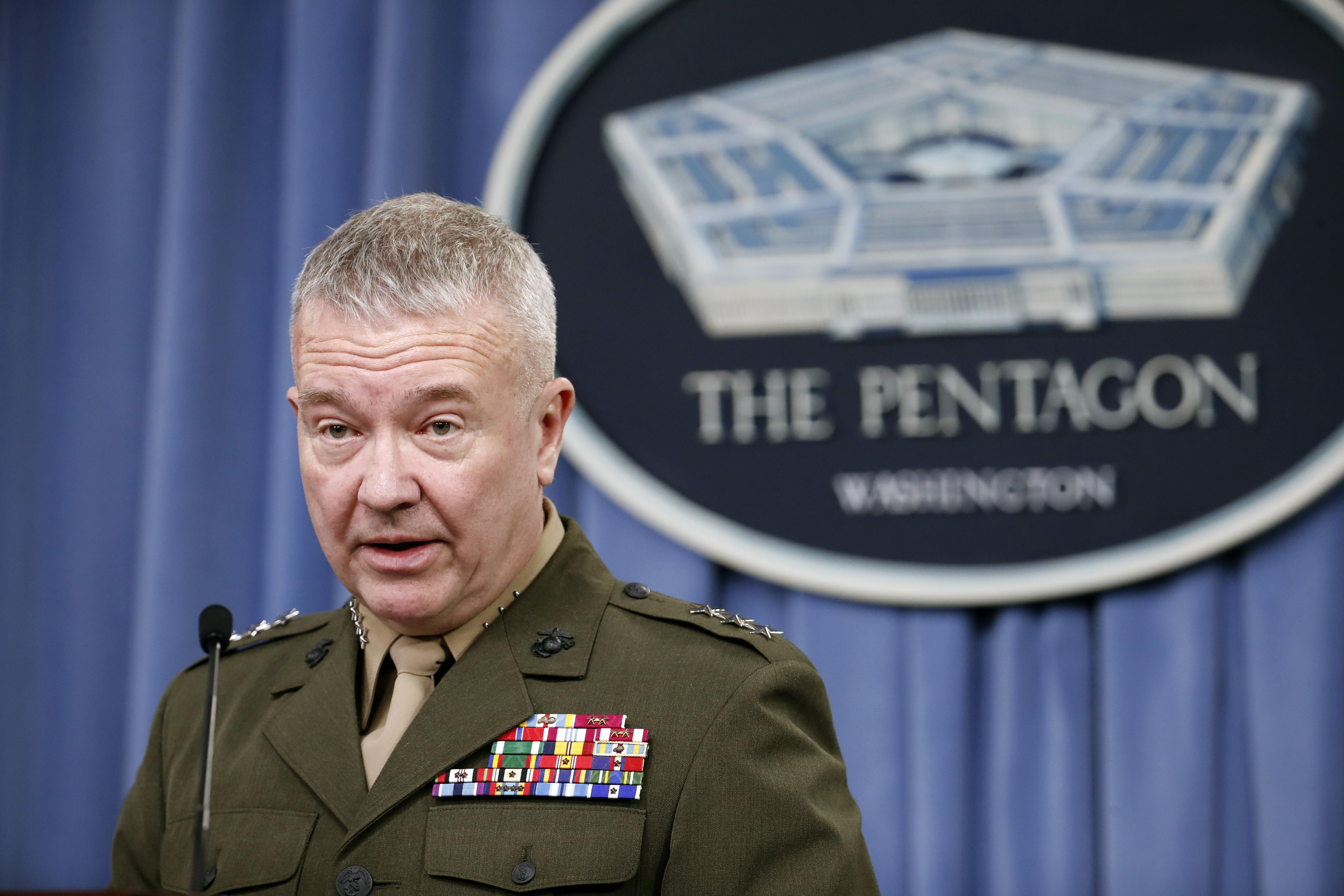 According to North Korea's central news agency, she said: "We will neither beg the US for dialogue nor take the trouble to persuade them if they do not want to sit together with us."

She added: "I cannot suppress my surprise at such ignorant and stupid remarks gushing out from the mouth of the US vice president."

The day before Trump pulled out of the historic meeting, North Korea carried out the demolition of its  Punggye-ri nuclear facility in front of a group of foreign journalists.

Earlier this week Trump had suggested there was "substantial chance" next month's meeting would not go ahead.

Meeting with South Korean president Moon Jae-in in the Oval Office yesterday he told reporters "If it doesn't happen, maybe it will happen later."

North Korean Vice Foreign Minister Kim Kye-gwan issued a statement late on Thursday night saying North Korea is "willing to give the US time and opportunities" to reconsider talks.

For the latest news on this story keep checking back at Sun Online, where we will bring you live updates as soon as they happen, before anyone else.

TheSun.co.uk is your go to destination for the best celebrity news, football news, real-life stories, jaw-dropping pictures and must-see video