A number of observers claimed the badge, which features an upwards pointing triangle, looks very similar to that used by ‘Starfleet Command’ in the science fiction TV show Star Trek. Trump announced the new logo on Twitter on Friday evening.

He commented: “After consultation with our great military leaders, designers and others I am pleased to present the new logo for the United States Space Force.

“The sixth branch of our magnificent military.”

The logo shows a forked triangle on top of what appears to be a planet, with stars in the background.

It is accompanied by the text: “United States Space Force – Department of the Air Force.” 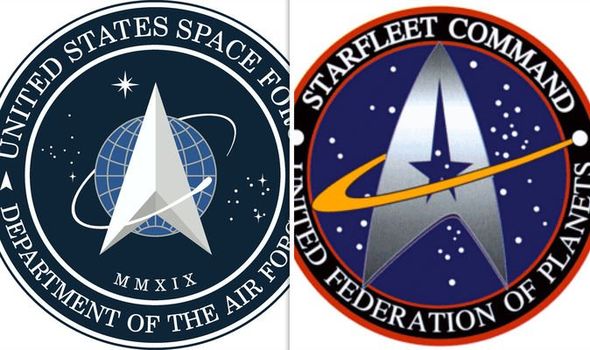 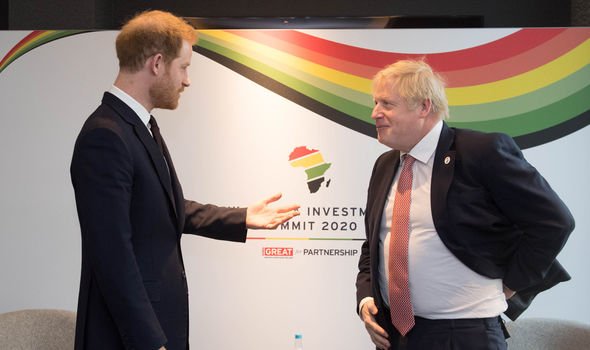 The new space force was launched by Trump as an independent service on December 20 2019.

Prior to this it existed for 37 years as Air Force Space Command, under US Air Force direction.

The space force is the first new branch of the US armed forces established since 1947.

It is tasked with defending US strategic and commercial interests in space. 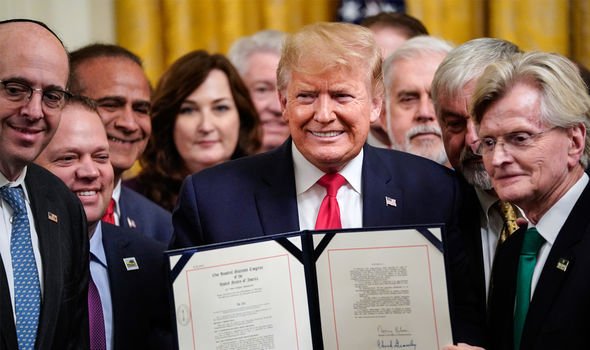 According to the space force’s mission statement it should: “Organise, train, and equip space forces in order to protect U.S. and allied interests in space and to provide space capabilities to the joint force.

However on social media the logo was widely compared to that used by ‘Starfleet’ in Star Trek. 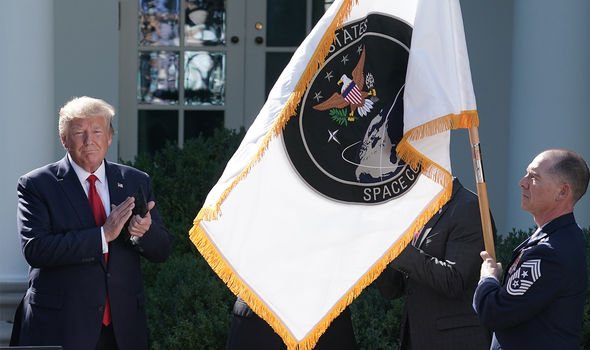 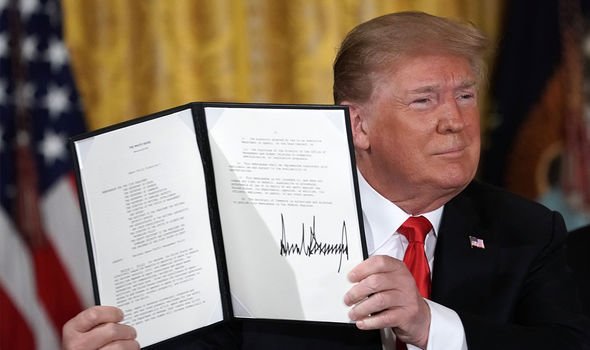 “Do you see what is about to happen here?

“So much more going on behind the scenes than most are preparing for.”

Writer Molly McKew joked: “Look it was inevitable and we could do worse than emulating starfleet to be honest.”

In the Star Trek TV show starfleet is shown as being in operation by the year 2119. 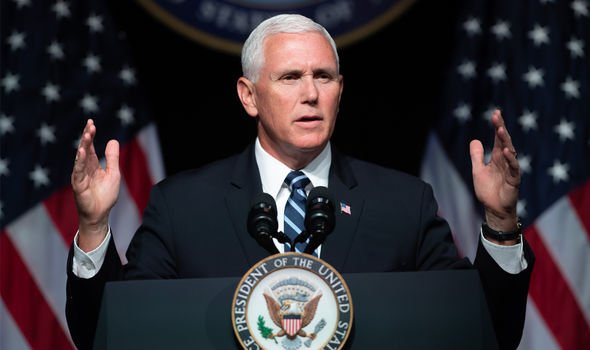 The first series of Star Trek debuted in 1966 on US TV network NBC.