But despite Mr Trump’s belligerent refusal to accept his loss, Mr Bolton also feels his ability to intimidate people will diminish significantly once he finally leaves the Oval Office on January 20. Mr Trump has so far refused to make the traditional concessionary phone call to his opponent after major networks called the race in the 78-year-old’s favour on Saturday after a tumultuous few days following Tuesday’s election.

He has kept up a steady stream of tweets alleging voter fraud, without offering any evidence to back up his claims, while a series of legal challenges have so far fallen flat.

Mr Bolton was able to watch how the New York businessman operates during the 17-month period he worked alongside him before the two part ways acrimoniously in September of last year – events chronicled in his book, The Room Where It Happened, published earlier this year.

As a result, he said he was entirely unsurprised by the reaction from Mr Trump so far. 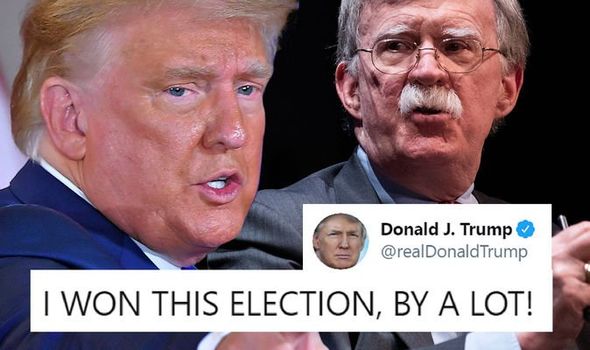 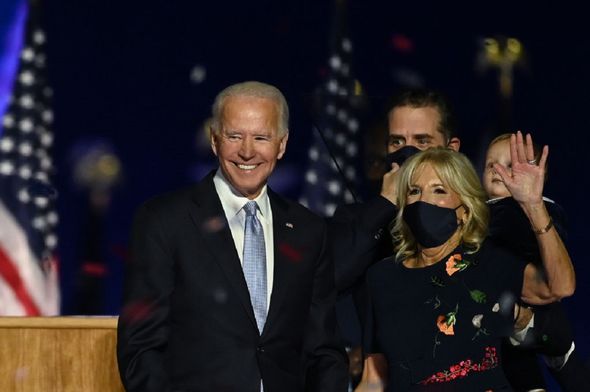 He told Express.co.uk: “I don’t have any trouble with people alleging fraud in a state election if they can prove it.

“If they’ve got evidence bring it forward, that’s entirely proper.

“My problem is making stuff up and calling the entire integrity of the election system into question just because you’re losing, which is very close to what he is doing.” 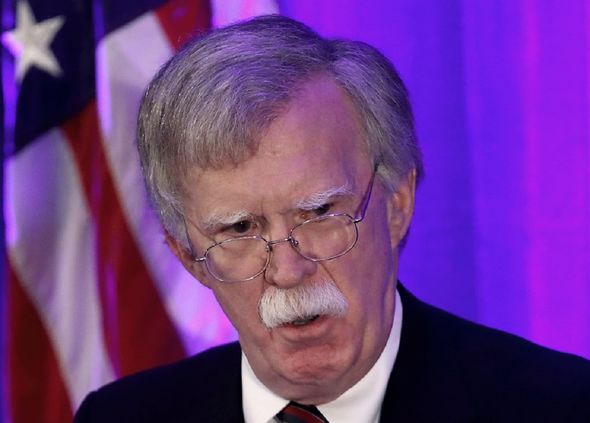 In the wake of Mr Trump’s defeat, Mr Bolton suggested the Republicans now needed to look to the future.

He said: “I think it is very important for the Republican Party, as soon as we get this resolved, to begin a very serious conversation about what kind of party we expect to have post-Trump.

“I don’t expect him to go quietly either – I think he will be the crazy uncle tweeting in the basement for a long time.” 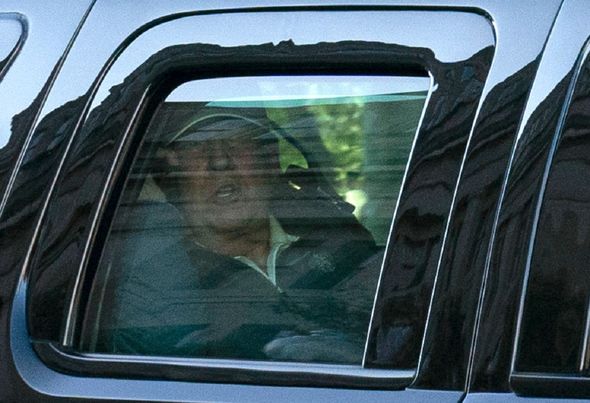 Referring to Mr Trump’s anger at his preferred network for its decision to call Arizona in favour of Mr Biden, Mr Bolton added: “There is speculation that he is going to put together an alternative news network to Fox, particularly now after election night.

“I don’t know what it will be but he is not going to disappear.

“He is not going to be like other Presidents who have largely remained silent.” 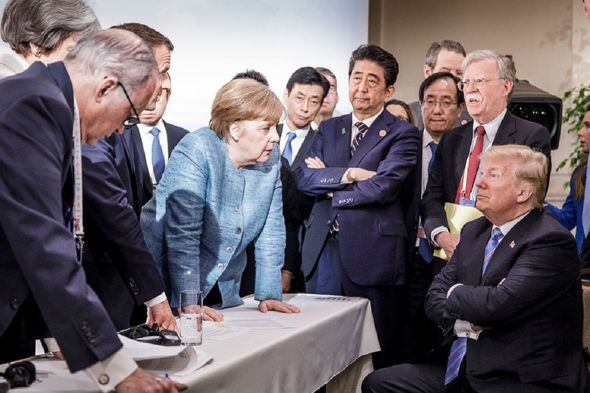 Nevertheless, despite widespread speculation, Mr Bolton said he was doubtful about suggestions Mr Trump would run again in 2024.

“I think it is very unlikely – he is going to have 20 other people running again as well.

“I just think once he is out of the Oval Office, a lot changes.

“I think now, while he is in the Oval Office, he can intimidate people.

“But I think that diminishes enormously once he is not there.” 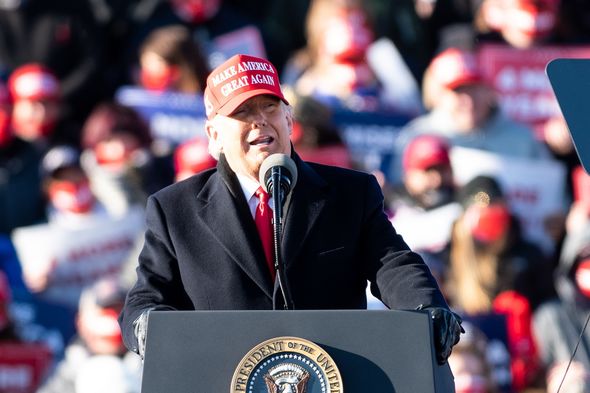 As for Mr Biden, Mr Bolton – who voted for neither candidate, instead writing one in, the identity of whom he declined to reveal – said it was likely he would be a more conventional President.

However, he added: “We don’t really know what the left-wing of the Democratic Party will want him to do.