Downing Street is said to be on the verge of announcing the dates for the US President’s trip to the UK. 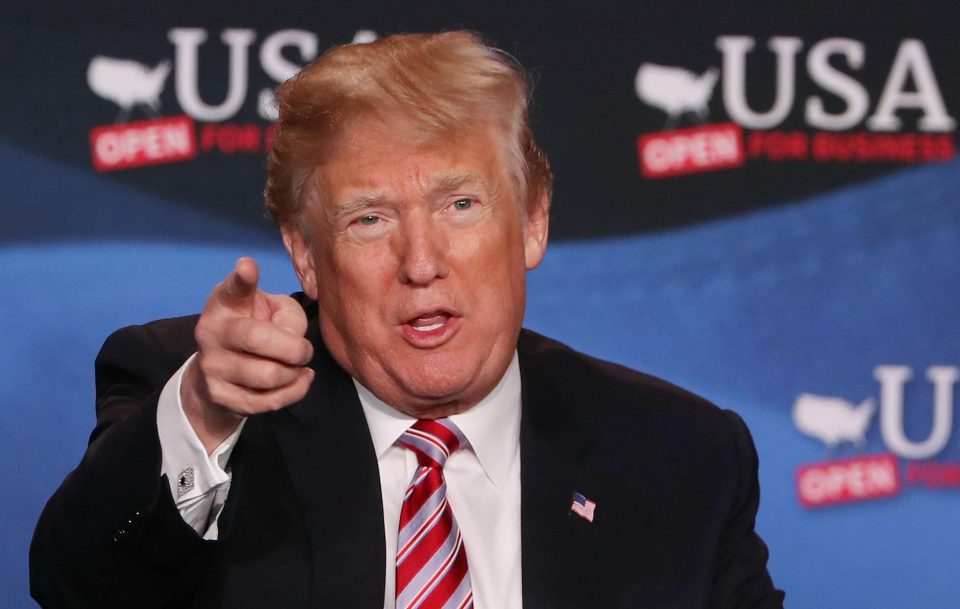 That suggests he could stop off in the UK after he visits Brussels for a Nato leaders’ summit, scheduled for July 11 and 12. 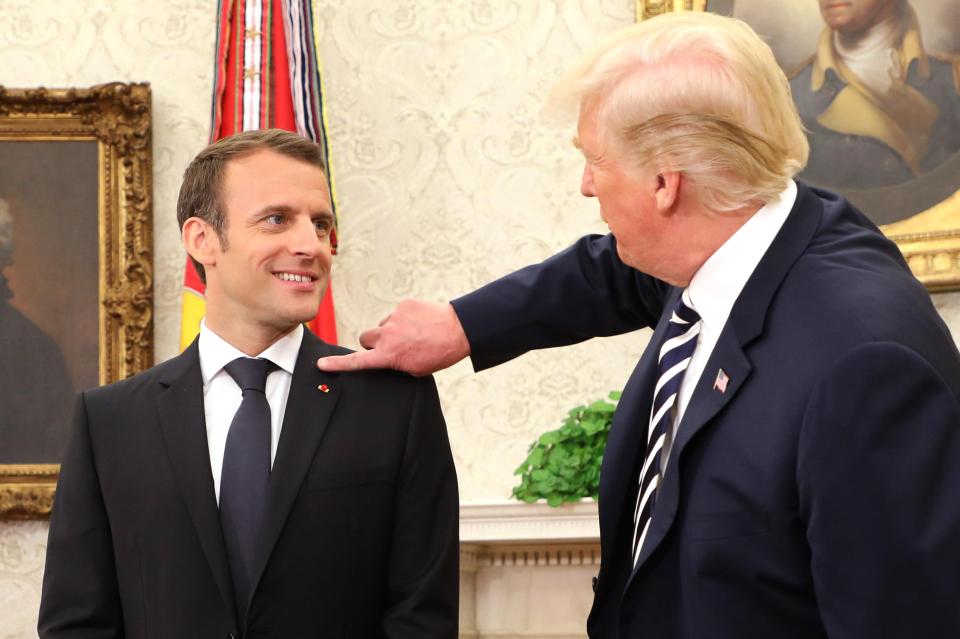 British officials have been forced to watch this week as Mr Trump cemented his close “bromance” with French leader Emmanuel Macron.

The pair palled around at the White House as Mr Macron made a state visit to the US – with Mr Trump even picking dandruff off his suit jacket and calling him “perfect”.

The US President’s trip is expected to be low-profile to avoid the prospect of massive protests.

He has scrapped plans for a full-on state visit hosted by the Queen after telling Mrs May he doesn’t want to be publicly embarrassment by demonstrators flooding the streets.

And Mr Trump also pulled out of a proposed trip to London to open the new US embassy – claiming he didn’t like the new building in Nine Elms because it’s too expensive and the location is inconvenient.

The PM has repeatedly insisted that she is working with the White House to set a date for Mr Trump’s long-delayed visit.

Last weekend London Mayor Sadiq Khan repeated his call for protests against the President when he does finally make it to the UK.