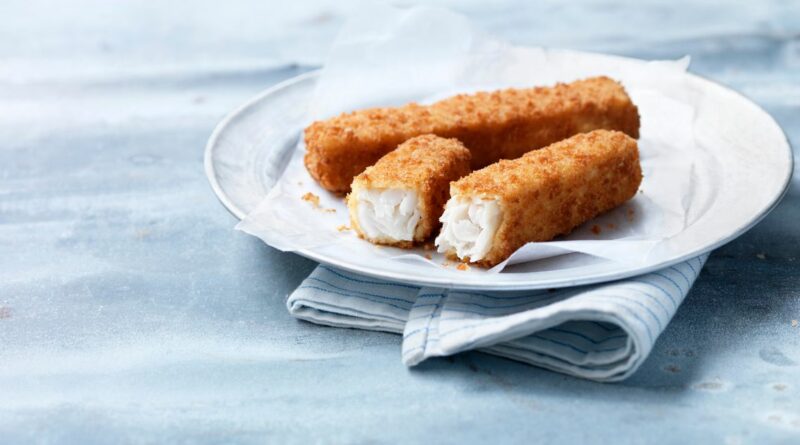 Fish fingers fans have stuck two digits up at boffins who want to replace the tea-time favourite with a lab-made fake.

Scientists in Germany reckon their artificial ‘test tube’ fish fingers will oust the real thing within the next two years.

But devotees of the real product – originally made famous by Birds Eye – have vowed to snub the ‘Frankenstein Food’ and insisted they wanted “only the best for the Captain’s table”.

The fake fingers are made by taking cells from an adult fish, which are then multiplied in a laboratory and grown in huge numbers in a bioreactor.

German firm Bluu Biosciences said the lab-grown fish will be initially used to make products such as fingers, with fillets possibly following later.

Bluu Biosciences boss Dr Sebastian Rakers insists the technology will improve sustainability, adding: “There is no need to slaughter fish.”

The company said the next step is expanding the reactor to an industrial scale to cope with the demand of the consumer market.

Dr Rakers said that fish fingers, fish balls and fish tartar would be the first products for experimentation.

He added that work is ongoing to ensure fish cells are produced in a cost-effective manner that retains the flavour, texture and nutrient content of the more natural product it hopes to replace.

But there are fears the move could decimate the dominance of Birds Eye and other traditional fish giants.

Fictional favourite Captain Birdseye, whose catchphrase is “only the best for the Captain’s table”, has been on our screens since 1967.

The agent for the current actor who plays the character – Riccardo Acerbi – told the Daily Star he is unable to comment while in the role.

Last night a company spokesperson also said they were aware of the story but would not be commenting.

But fish fingers fans were much more vocal in their anger that their favourite food was seemingly under threat.

One raged: “I loved these as a child. Wouldn’t feed them to a dog now though let alone my children.”

Another added: “I could never eat anything like that grown in a lab where will it go next.”

A third simply said: “Now that’s what I call Frankenfood.”