Home » Download is cancelled: Rock festival in June is pushed back to 2022 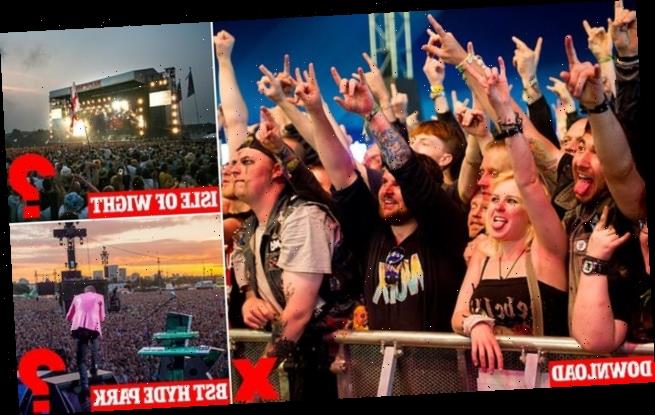 Download is cancelled: Rock festival in early June is pushed back to 2022 due to timing of lockdown roadmap – while music fans await updates on BST Hyde Park and Isle of Wight summer shows

Britain’s biggest rock and heavy metal festival Download was cancelled today for the second consecutive year after organisers said it would be ‘impossible’ to hold.

The event, which is held at Donington Park in Leicestershire, was due to take place between June 4 and 6 with headliners Kiss, Biffy Clyro and System Of A Down.

But organisers said it had become clear they could not go ahead after the Prime Minister said Covid-19 rules would not be removed until after it is due to take place.

However, Download will return from June 10 to 12 in 2022 with veteran heavy metal band Iron Maiden replacing System Of A Down as headliners at the same site.

The Government hopes to lift all remaining restrictions on social contact by June 21 at the earliest, which would mean larger events including festivals could go ahead. 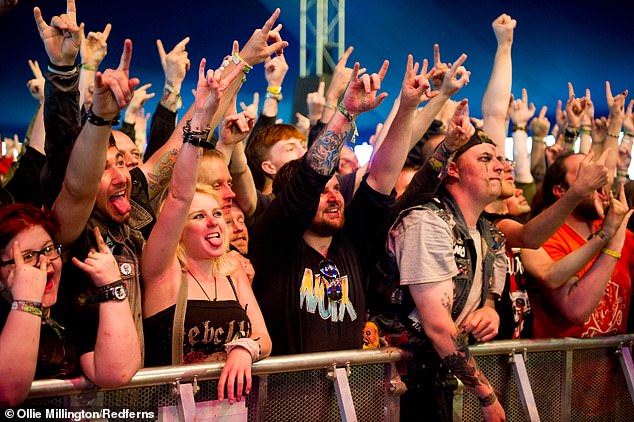 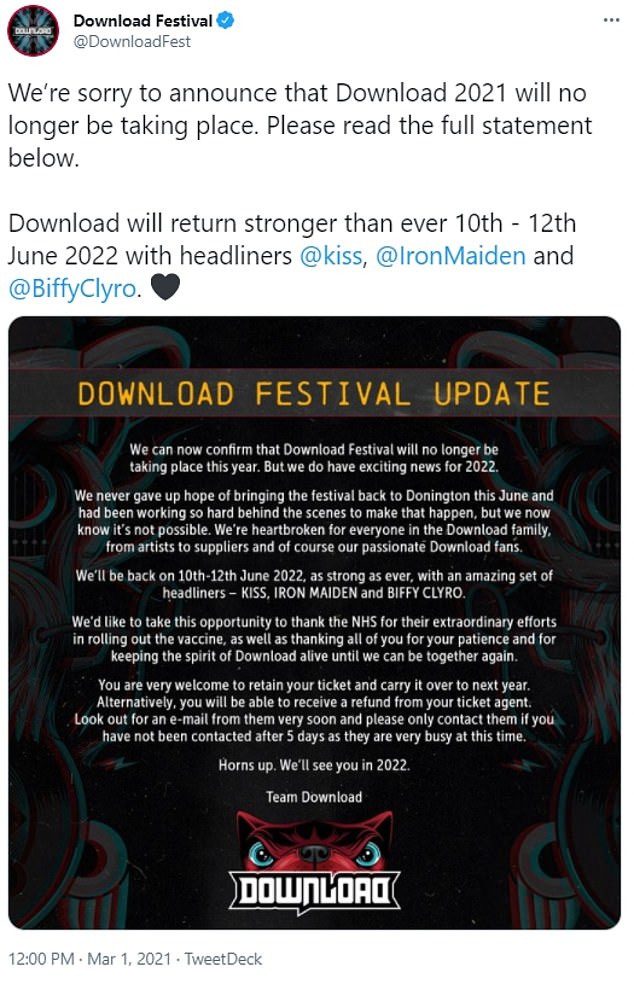 This has also raised doubts over the Isle of Wight Festival, due to be from June 17 to 20, but this has not yet been officially cancelled amid hopes it could be moved.

The only major festival in England due to take place after June 21 which has not yet been confirmed as going ahead or not is BST Hyde Park, scheduled for July 9 to 11.

Some festivals have been able to reschedule until late summer or early autumn, such as Parklife in Manchester which moved its 2021 edition from June to September.

Others such as Reading & Leeds and Creamfields, both on the August bank holiday weekend, have seen a boost in ticket sales since confirming they will go ahead.

Wireless on July 2 to 4 in London and Latitude from July 22 to 25 in Suffolk are also expected to go ahead, while Camp Bestival is still scheduled for July 29 to August 1. 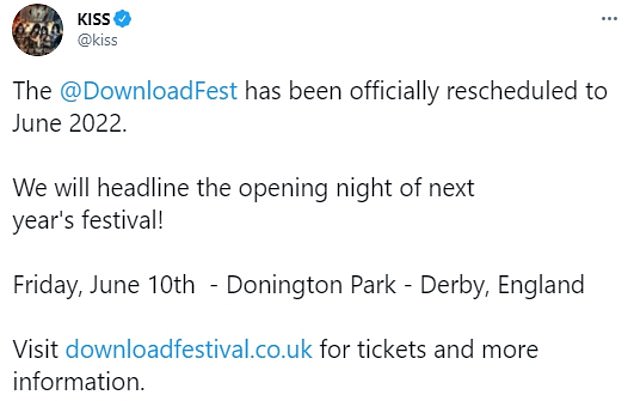 But Glastonbury – due to have been on June 23 to 27 – was cancelled for a second year in a row in January after organisers said they tried to ‘move heaven and earth’.

What is the current status on UK music festivals this summer?

Download did not say why it had chosen to cancel instead of reschedule its 2021 dates, but organisers will put tickets on sale this Friday for the 2022 event.

A Download spokesman said: ‘Following the announcement of the Government’s road map and despite the extraordinary efforts the NHS have put in to roll out the vaccine, we can sadly now confirm that Download Festival will no longer be taking place this year, but we have exciting news for 2022.

‘We never gave up hope of bringing the festival back to Donington this June and had been working so hard behind the scenes to make that happen, but, sadly, we now know it’s not possible. We’re heartbroken for everyone in the Download family, from artists to suppliers and of course our passionate Download fans.’

Confirming the festival would return in 2022, the statement continued: ‘We’d like to take this opportunity to thank the NHS for their extraordinary efforts in rolling out the vaccine, as well as thanking all of you for your patience and for keeping the spirit of Download alive until we can be together again.’

The Association of Independent Festivals (AIF) warned today that independent festivals could be forced to cancel if they do not receive government-backed insurance and VAT intervention by the end of March. 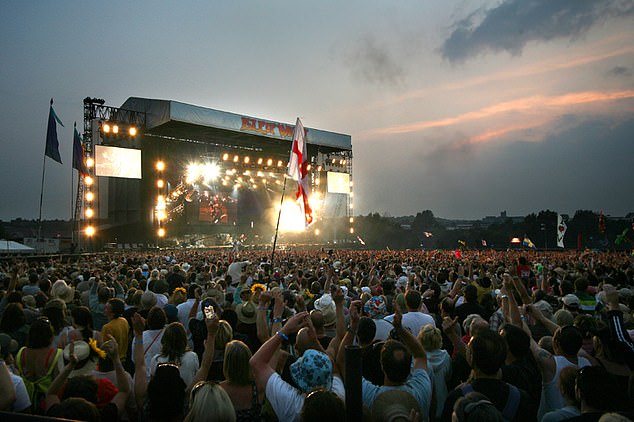 The Isle of Wight Festival is due to take place from June 17 to 20, but this has not yet been officially cancelled amid hopes it could be moved to after the Government’s June 21 date 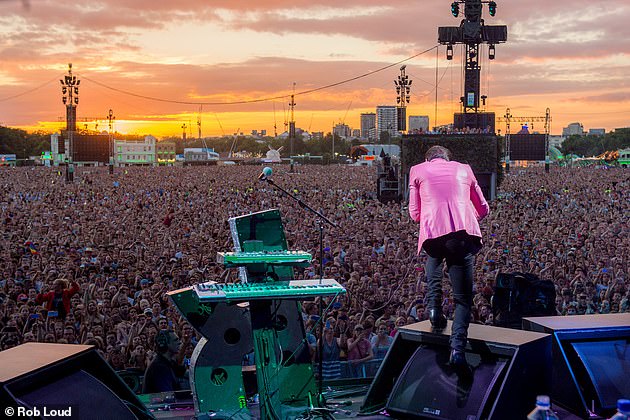 AIF chief executive Paul Reed said: ‘The Prime Minister has set out a road map and a ‘no earlier than’ date for festivals, and audiences have responded, demonstrating a huge appetite to be back in the fields this summer.

‘But we need government interventions on insurance and VAT before the end of this month when festivals will need to decide whether they can commit to serious amounts of upfront capital.

‘Now that we have a ‘no earlier than’ date, insurance is the last remaining barrier to planning.’

The UK festival circuit has been hit hard by the coronavirus pandemic, with its 2020 season effectively wiped out.

In January, Glastonbury was cancelled for a second successive year after organisers said they had tried to ‘move heaven and earth’ to make it happen.

Festivals added £1.76billion in gross value to the economy in 2019, with almost one in three Britons watching Glastonbury on TV.

Last week Festival Republic’s managing director said he is ‘very confident’ that its biggest festival Reading and Leeds will go ahead as planned on August 27 to 29.

Melvin Benn said crowds attending the events are likely to be asked to show an NHS app carrying a Covid-19 vaccine or be tested so they can carry a Covid-free status.

He said he was confident in projections that everyone will have received a first jab by June 21 and a second by August 9, three weeks in advance of Reading and Leeds.