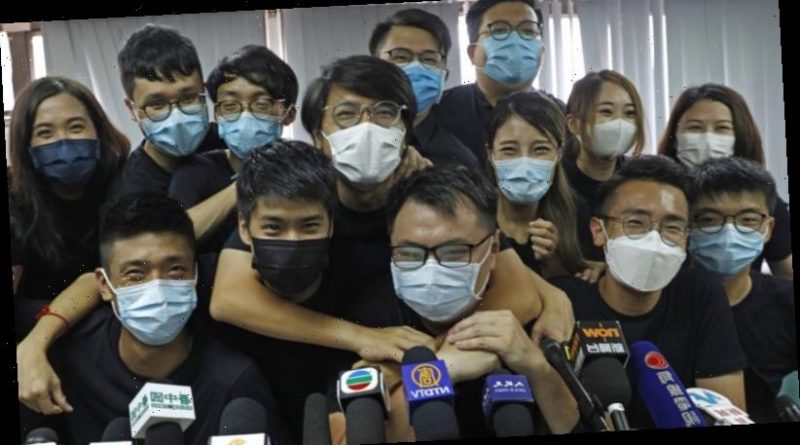 Hong Kong: About 50 Hong Kong pro-democracy figures were arrested by police on Wednesday under a national security law, following their involvement in an unofficial primary election last year held to increase their chances of controlling the legislature.

Those arrested included former politicians and pro-democracy activists, and the group were arrested on suspicion of subversion under the city’s national security law, according to reports by local newspaper South China Morning Post and online news platform Now News.

At least seven members of Hong Kong’s Democratic Party — the city’s largest opposition party — were arrested, including former party chairman Wu Chi-wai. Former politicians, including Helena Wong, Lam Cheuk-ting, and James To, were also arrested, according to a post on the party’s Facebook page. 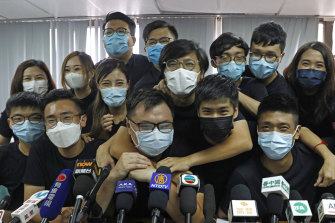 In this July 15, 2020, file photo, pro-democracy activists who were elected from unofficial pro-democracy primaries, including Joshua Wong, left, attend a press conference in Hong Kong. Credit:AP

Benny Tai, a key figure in Hong Kong's 2014 Occupy Central protests and a former law professor, was also arrested by the police, according to local media reports. Tai was one of the main organisers of the primaries.

The home of Joshua Wong, a prominent pro-democracy activist who is currently serving a 13.5 month prison sentence for organising and participating in an unauthorised protest last year, was also raided this morning, according to a tweet posted from Wong's account.

Pro-democracy activists and politicians had last July held an unofficial primary election to figure out which candidates they should field in a now-postponed legislative election that would boost their chances of gaining a majority of seats in legislature. Gaining a majority would allow the pro-democracy camp to vote against bills they deemed to be pro-Beijing, block budgets and paralyse the government.

More than 600,000 Hong Kongers voted in the primaries, although pro-Beijing lawmakers and politicians criticised the event and warned that it could breach the security law, which was imposed on the city by Beijing in June to quash dissent following months of anti-government protests.

Following the handover of Hong Kong to China by the British in 1997, the semi-autonomous Chinese city has operated on a “one country, two systems” framework that has afforded it freedoms not found on the mainland. In recent years, Beijing has asserted more control over the city, drawing criticism that Hong Kong’s freedoms were under attack.

The legislative elections, originally slated to be held in September, were later postponed for a year after Hong Kong leader Carrie Lam claimed that holding elections would be a risk to public health given the coronavirus pandemic. The pro-democracy camp denounced the postponement as unconstitutional.

In November, all of Hong Kong’s pro-democracy lawmakers resigned en masse after Beijing passed a resolution that led to the disqualification of four of its camp, leaving a largely pro-Beijing legislature.