DOZENS of migrants have risked their lives trying to cross the Channel in dinghies to reach the UK today while the seas are calm.

As winter approaches, crossings have become increasingly difficult with few believed to have successfully made it to Britain in October. 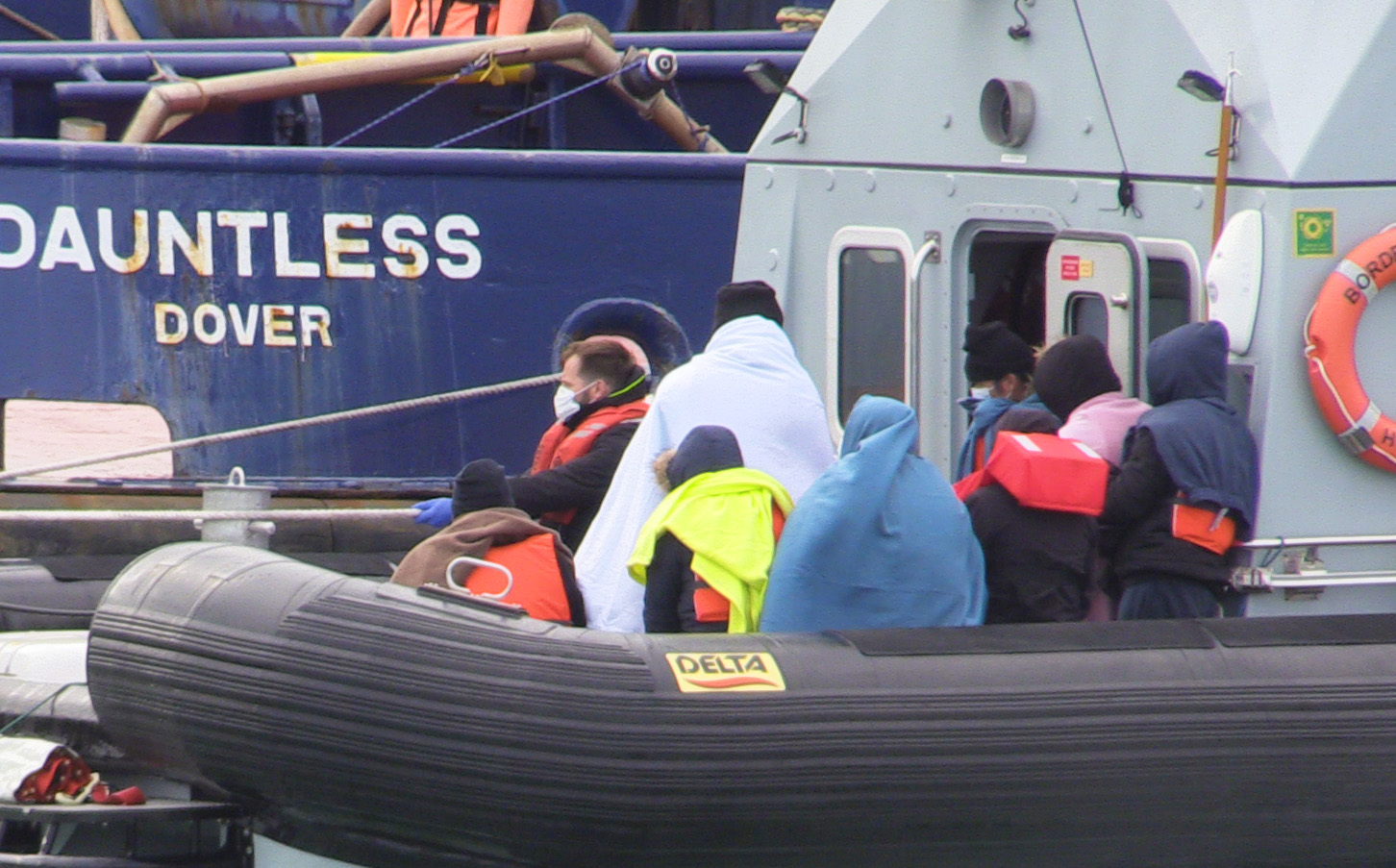 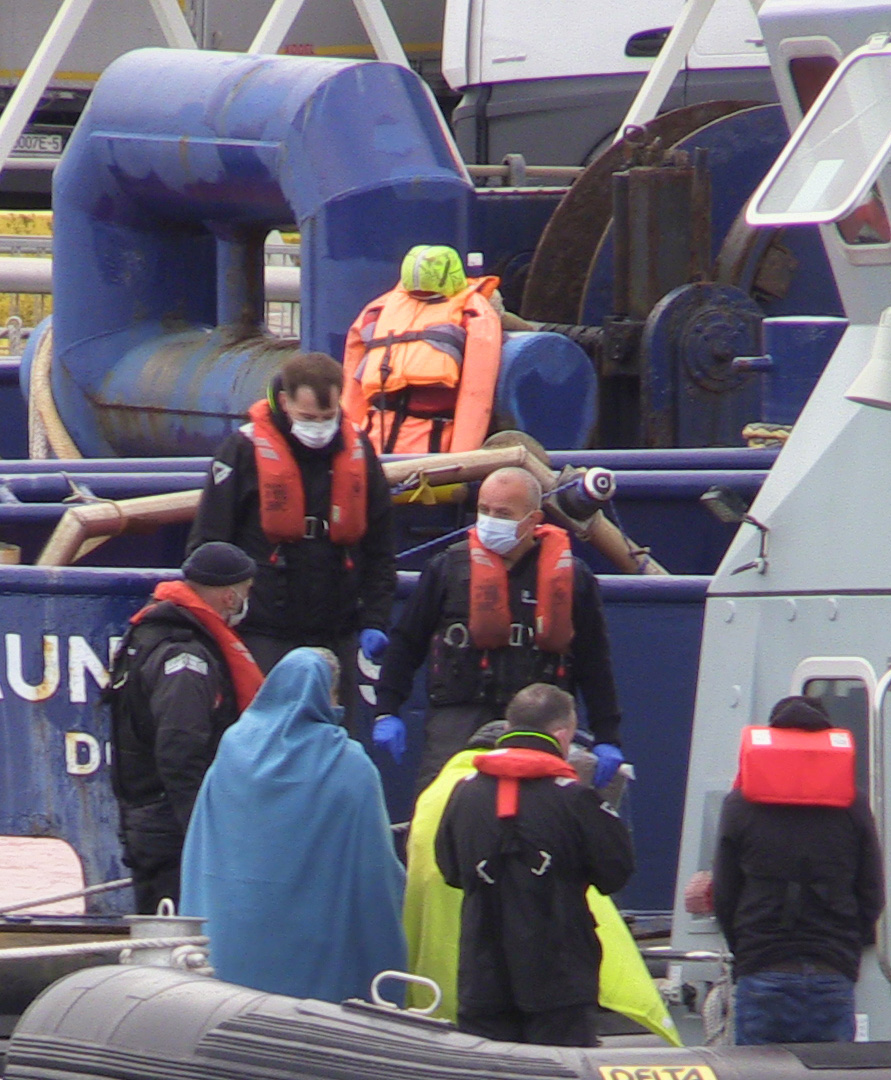 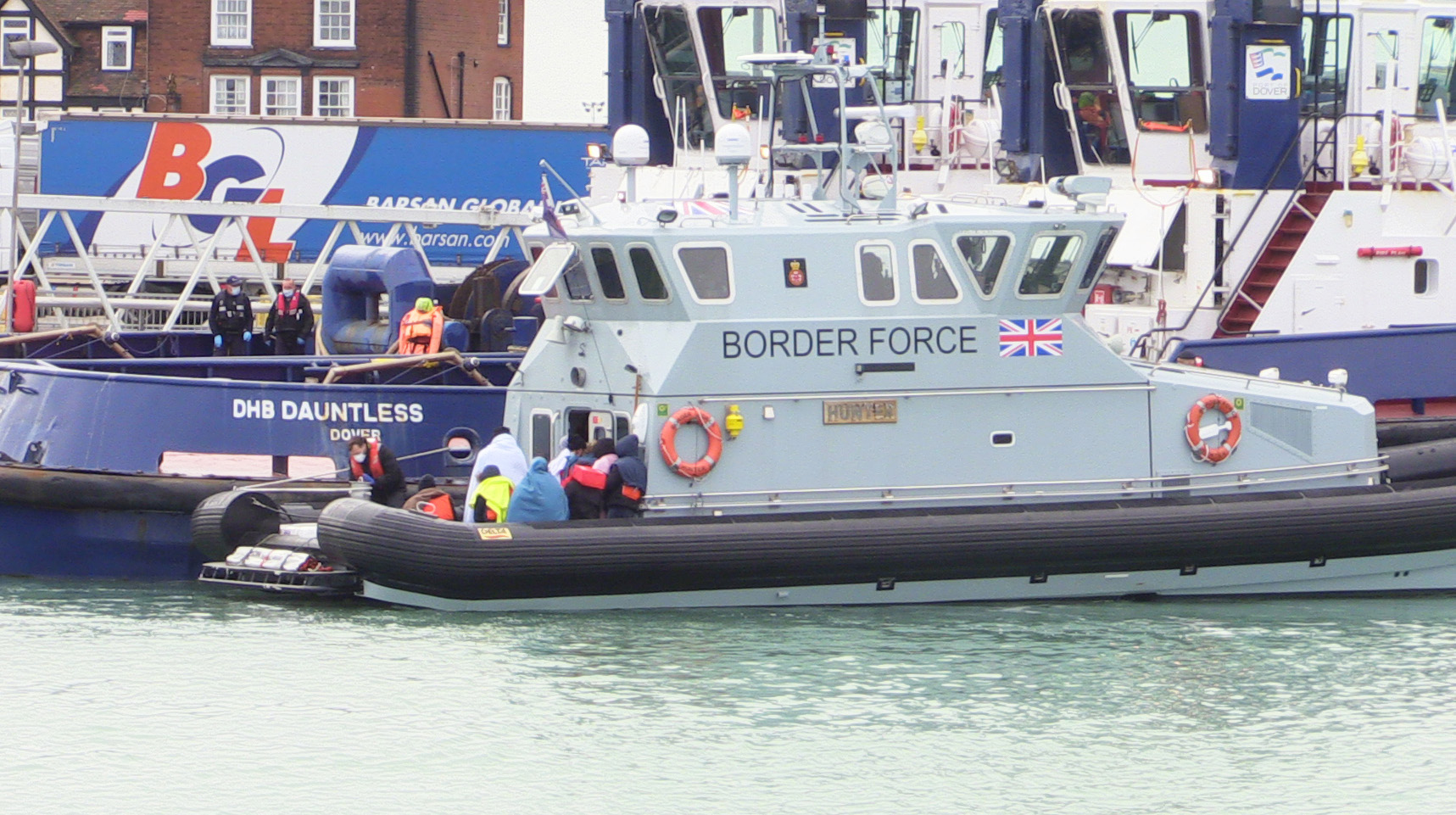 But despite the chill – low winds in Dover today are likely to see a number of people attempt the dangerous crossing.

A significant Border Force presence is operating in the English Channel, with French warships also active.

Meanwhile, more than 100 local residents have gathered outside a military barracks in Kent where migrants are being housed to greet their "new neighbours".

Napier Barracks, in Folkestone, has been converted to house around 400 asylum seekers, many who have crossed the Channel by boat.

The Home Office confirmed on Saturday that one individual who had been living at Napier Barracks has tested positive for Covid-19.

The unidentified person has been moved out of the military site.

A Home Office spokesperson said: "The safety and wellbeing of asylum seekers and the local communities in which they live is of the utmost importance, and we have robust measures in place to deal with any cases of coronavirus in our contingency accommodation."

Dozens of well-wishers assembled at the barracks on Saturday to welcome the asylum seekers who have been arriving in recent weeks.

Many bore placards with messages of solidarity in English and Arabic, some of which were fixed to the barracks fence.

Groups of well-wishers shouted through gaps in the site boundary and waved to those inside, many of whom waved back.

There were outbreaks of clapping and cheering in the festive atmosphere.

"There's a narrative that has been put forward by a group of people saying that these fellow human beings aren't wanted in Folkestone and we know that isn't the case."

There are reports that counter-protesters will also gather in the area.

A significant policing presence was deployed outside the barracks and in the surrounding area. 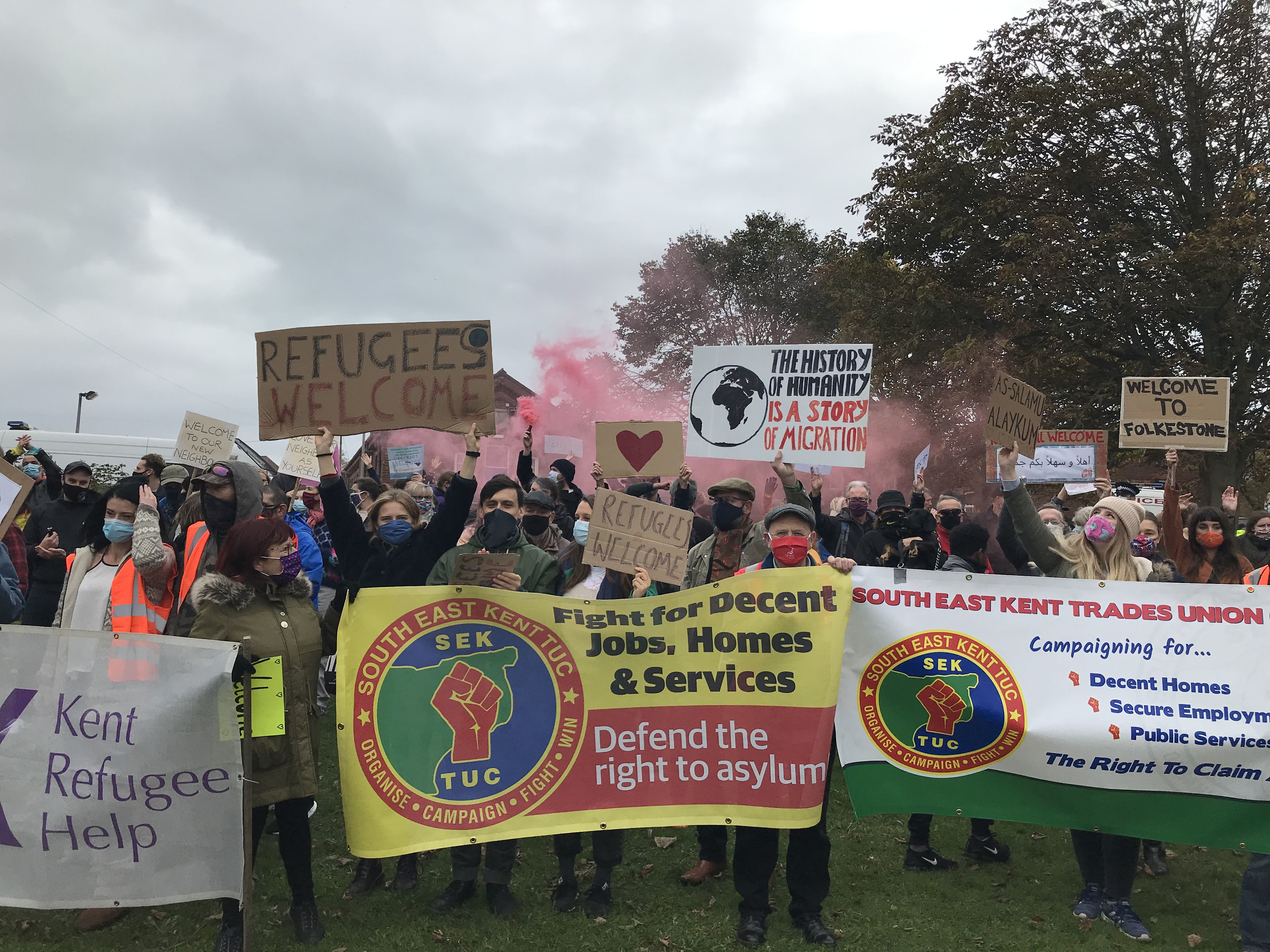 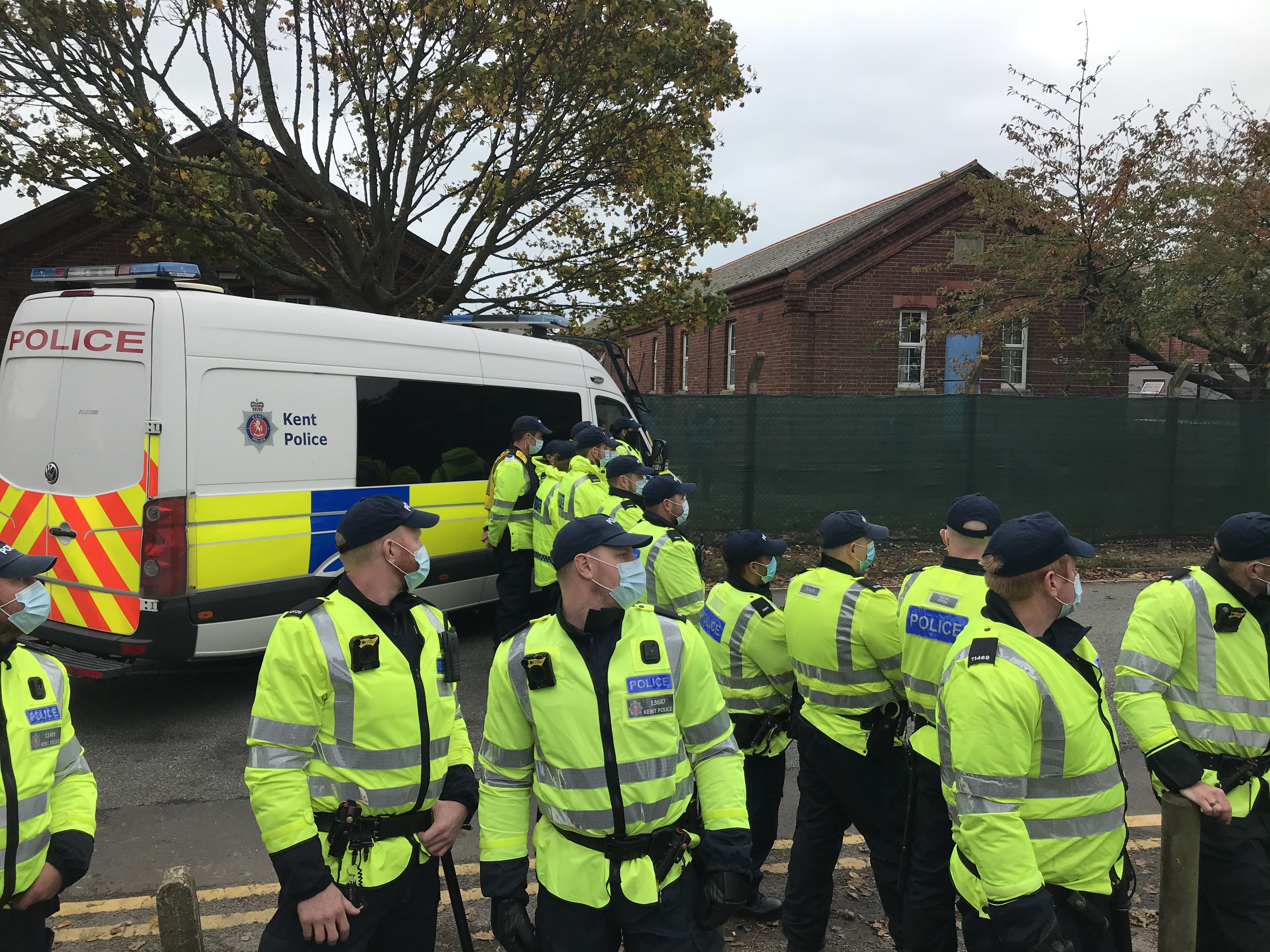 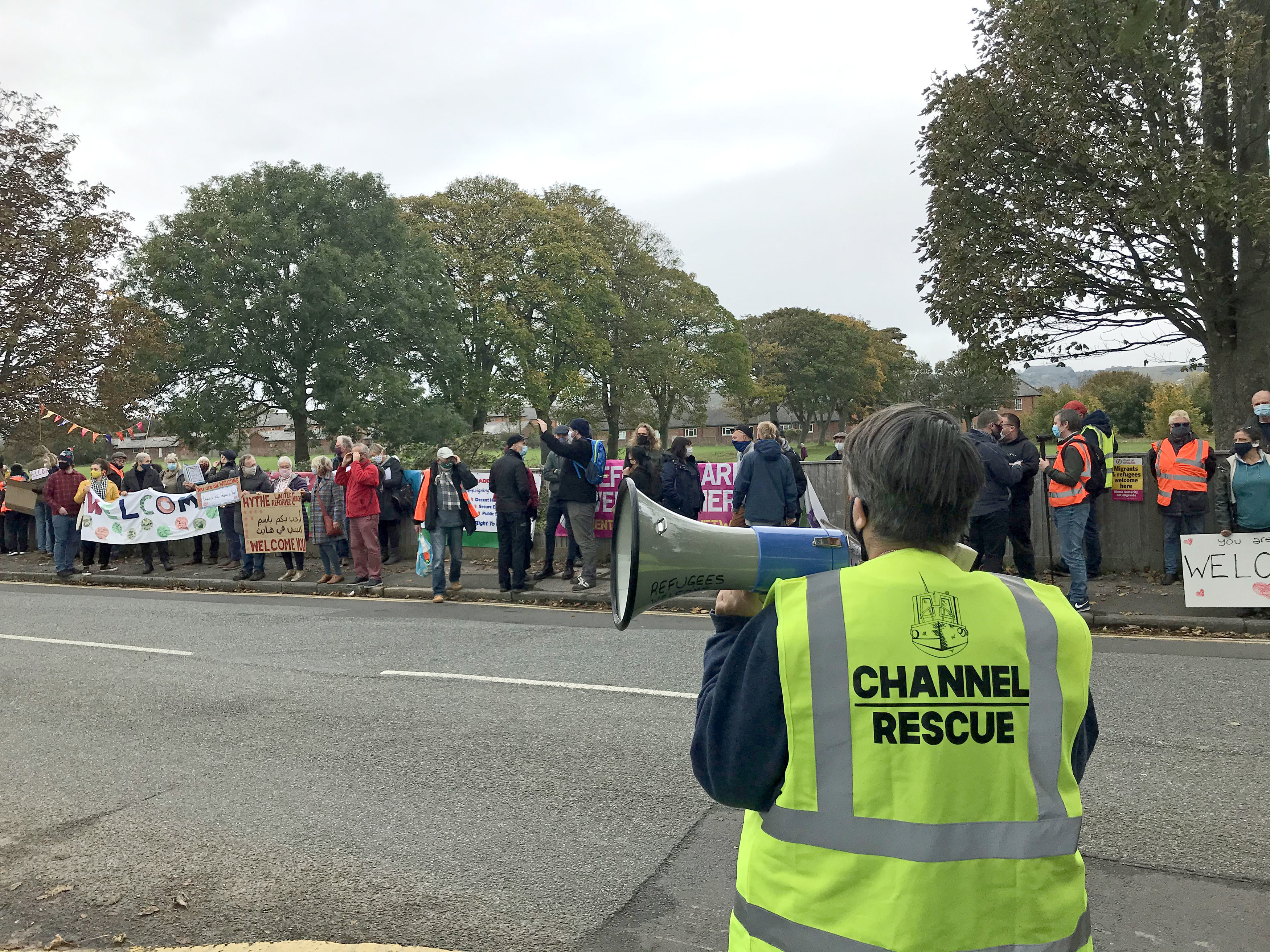 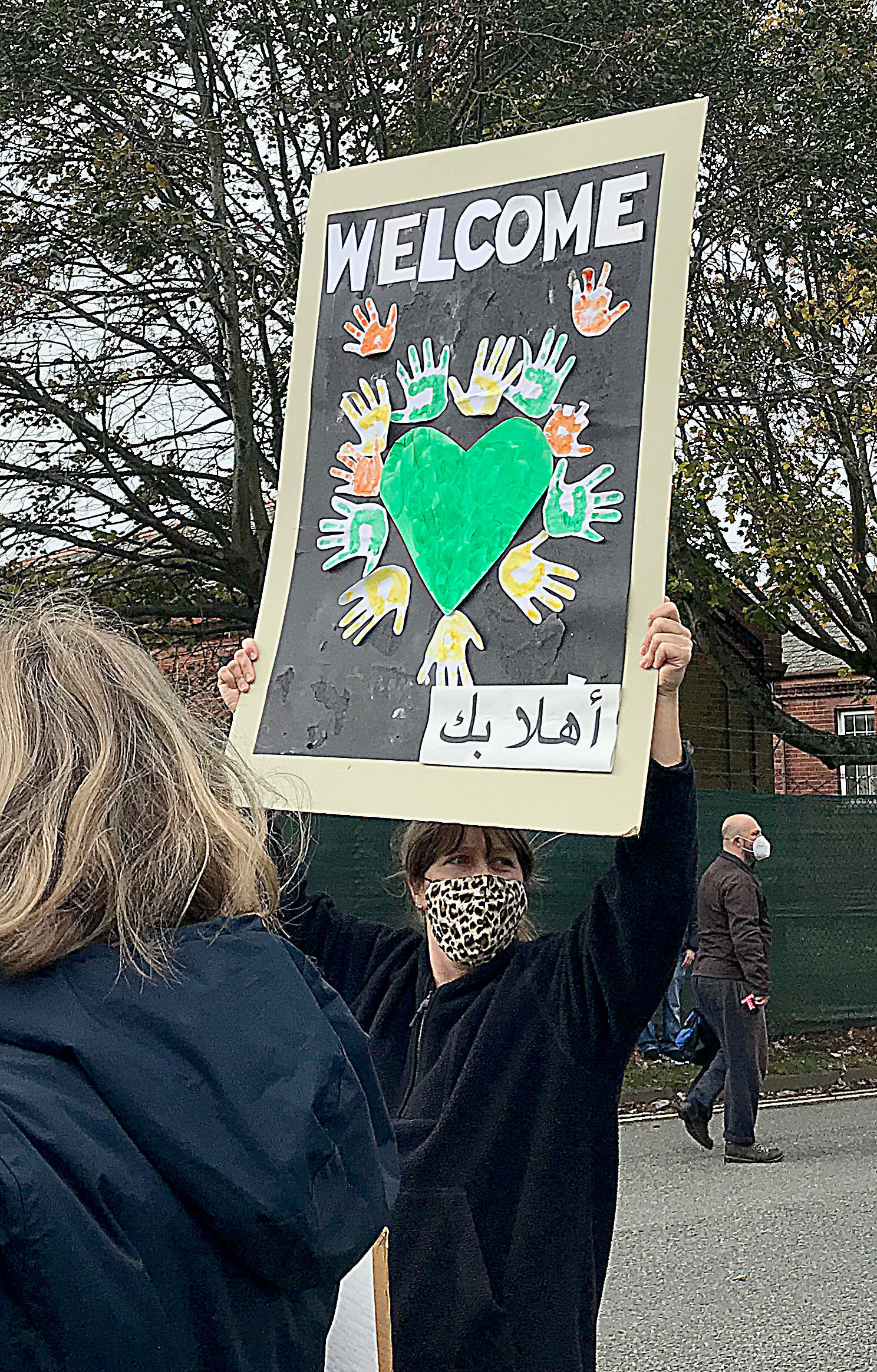