THIS is the dramatic moment a man was arrested after he allegedly took a three-year-old girl hostage and held a knife to her throat yesterday.

Police negotiators rescued the child, who was reportedly snatched by the man from a property around 4.20am in Cleethorpes, Lincolnshire. 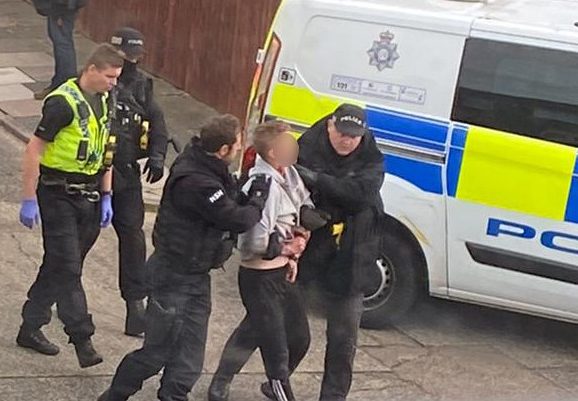 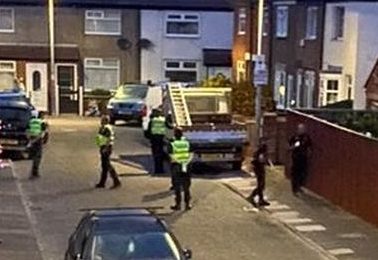 A 32-year-old man was arrested on suspicion of affray and possession of an offensive weapon and taken to hospital for treatment for minor injuries.

Witnesses told Grimsby Live he was taken to an ambulance with his neck covered in blood.

The three-year-old was taken to hospital as a precautionary measure, but wasn't injured.

Residents reported seeing the man screaming as he walked through several streets and threatening to hurt the girl as he held a knife to her throat.

One resident said: "They did a good job, the old bill, that's for sure. They were very good at getting the child away and safe.

"You just feel sorry for them though, especially the young girl. That memory is going to be her for quite some time."

Another witness from nearby George Street said the man had been walking down the street towards St Peter's Avenue with a police van cruising behind him.

The local resident said: "There was a man shouting and screaming and he was threatening to stab the girl and had a knife to her throat.

"They managed to get him down onto Mollison Avenue and block him in and they brought out a negotiator.

"He spoke to him for ages, trying to get him to calm down and get the child away from him. I can remember the negotiator asking if he could give her his jacket to keep her warm.

"About five minutes later, he was walking away carrying her in his arms.

"They were mostly talking to him and calming him down after that, the priority was always the little one. But shortly afterwards they were able to arrest him and took him to one of the ambulances."

He had blood around his neck and was led to an ambulance.

Gordon Dawson, 84, who saw the man being arrested, said: "There were so many police out there, it was unbelievable. There were more police outside than I have ever seen in my life.

"He was walking down the road after they got him but he was still fighting them the entire way. He had blood around his neck and was led to an ambulance."

Another local resident, from Chapman Grove, said: "I heard some police and a man screaming his head off. When I had a look, I saw armed police running down the road after someone and heard a man screaming like he was possessed.

"I knew it must have been serious because of how heavily armed the police were."

A spokesperson for Humberside Police said: "A 32-year-old man has been arrested on suspicion of affray and possession of an offensive weapon following an incident on a Cleethorpes street in the early hours of Sunday.

"Police were called at 4.18am following reports of concern for the safety of the residents of a property on Sea View Street, Cleethorpes.

"It is reported that a man left the property with a three-year-old child while holding a kitchen knife.
"Specialist officers, including police negotiators, were deployed to the scene to ensure the man and child's safety as well as the safety of the wider community.
"The incident was safely concluded on a nearby street when the 32-year-old man was arrested on suspicion of affray and possession of an offensive weapon." 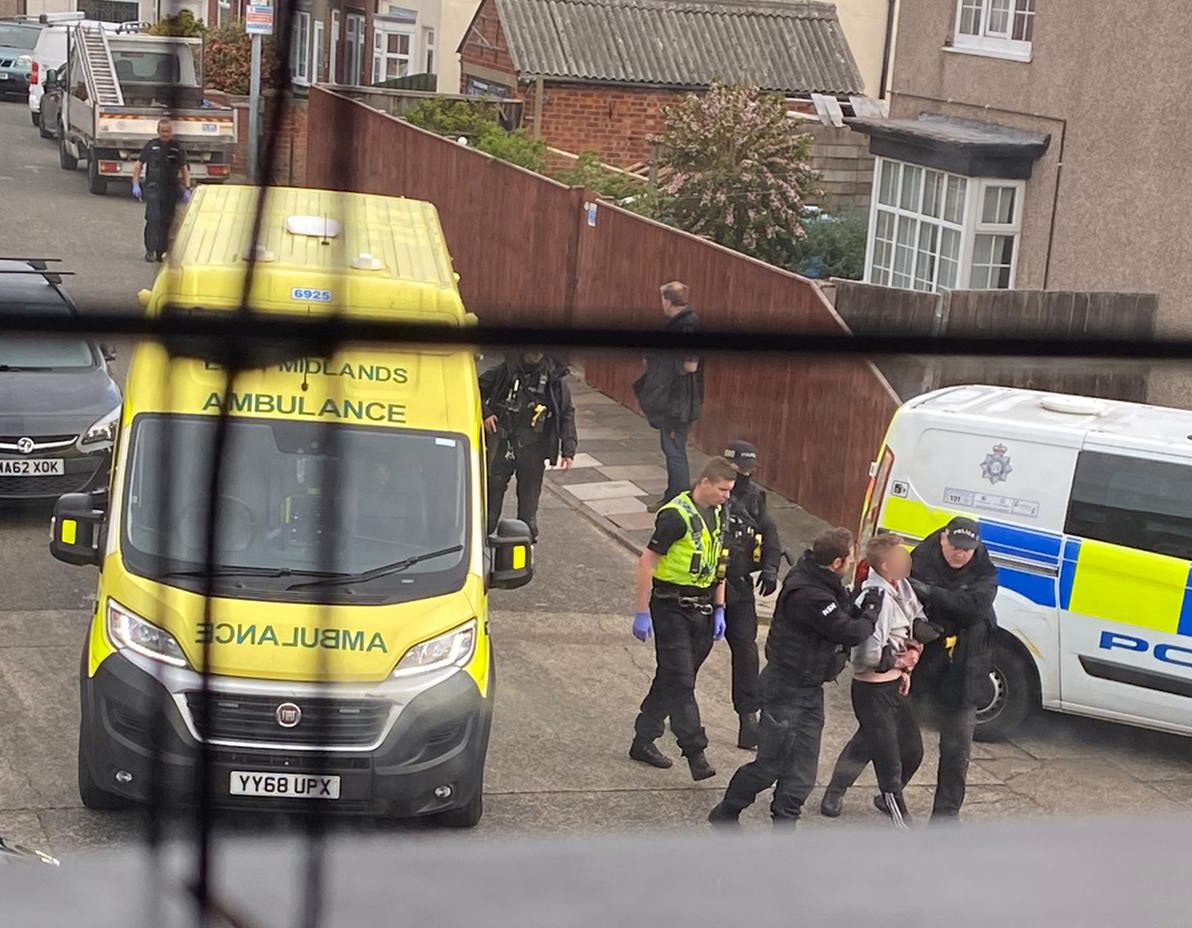