A HERO captain has jumped 40 feet from his ship to rescue a drowning woman who had fallen overboard.

Sailor U Myint Aye, 60, had been steering his boat into Dala port on the Yangon River in Burma when passenger Khin Chan Mya, 34, fell into the water on February 18. 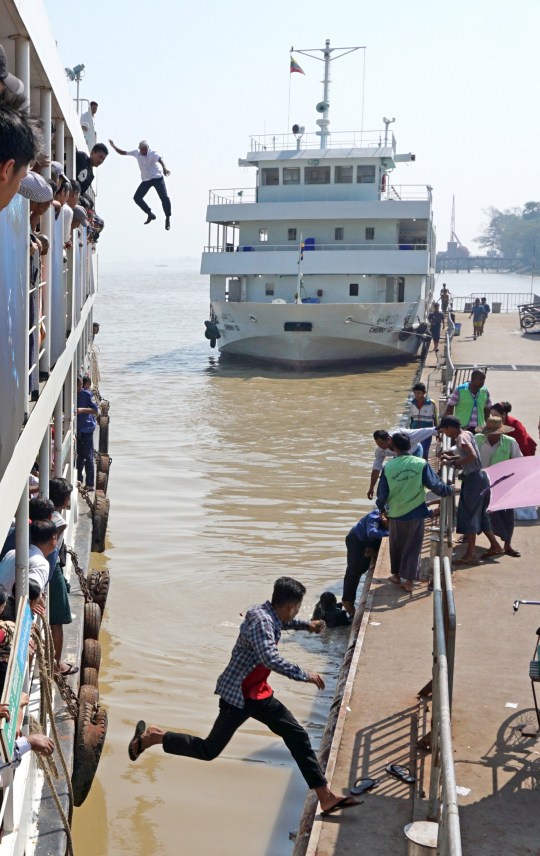 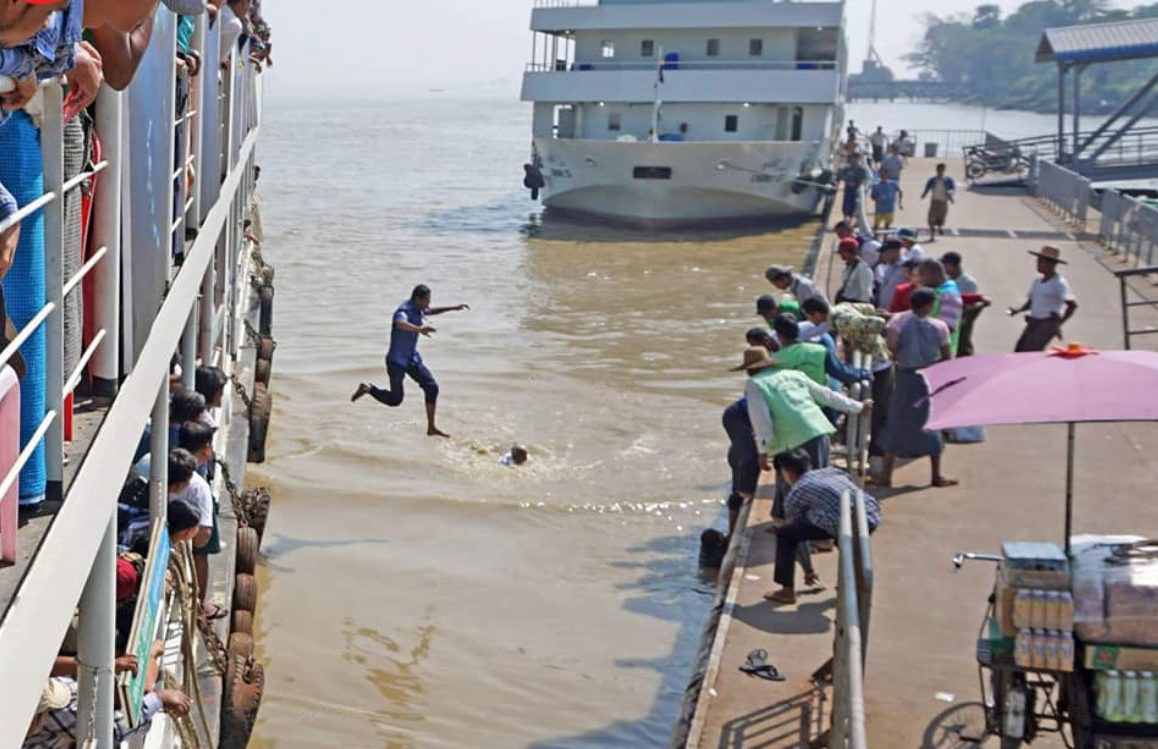 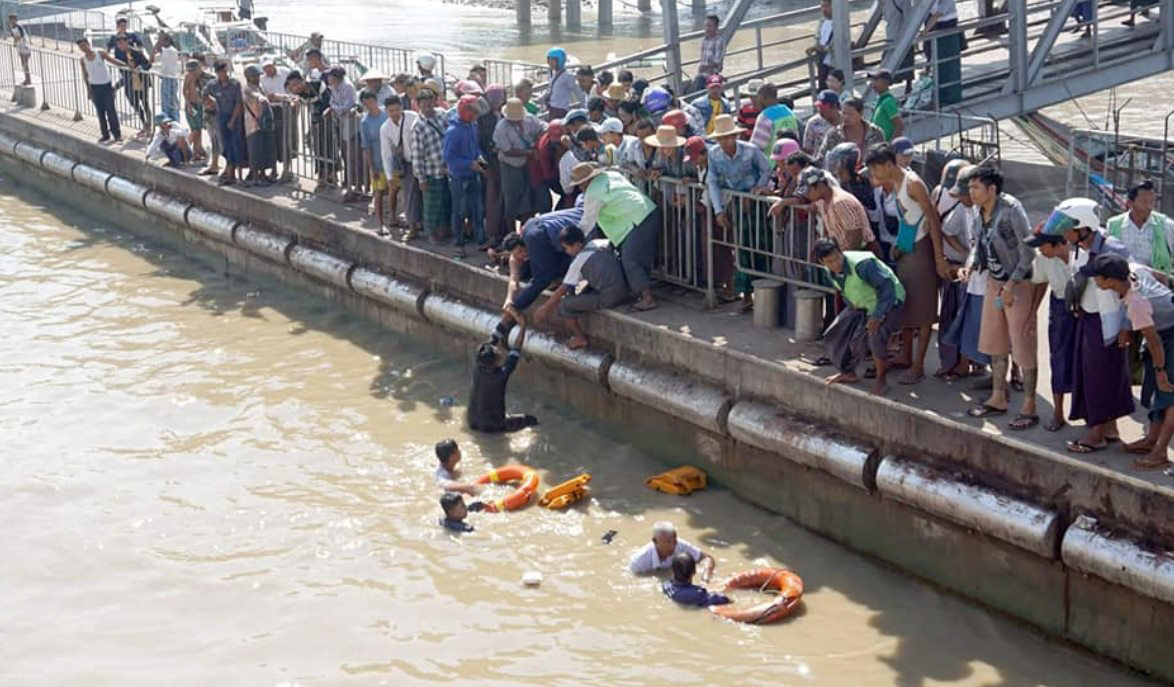 Hearing the panic below, U Myint Aye steered his ship away from the edge of the port to avoid crushing the struggling woman.

Without skipping a beat, incredible pictures show then show the captain hurling himself from the top of the ship, flying through the air and into the sea as he frantically rushed to Khin Chan Mya’s aid.

Still fully clothed, U Myint Aye – along with two other crew members – helped to drag the woman to safety.

A crowd of locals helped to pull them up to dry land.

Khin Chan Mya was described as being “shocked but conscious."

Following her rescue, she was rushed to hospital.

Another passenger said the woman, from Mon State, had taken a wrong step while the ship was approaching the port.

He said: "I saw that she was falling onto the water when the boat reached the pier." 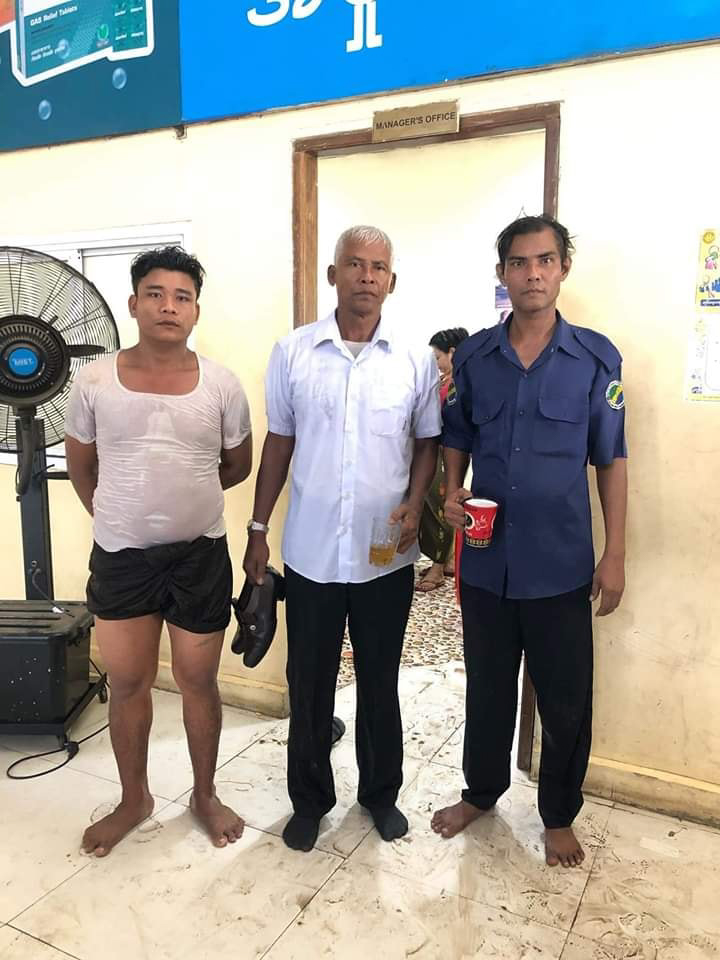 Shortly after saving her life, the hero captain was pictured holding a pint of beer – still wearing the same clothes – alongside his two drenched deck-hands.

The trio received recognition plaques in honour of their incredible rescue from the town officials, who praised their quick action.

U Myint Aye said: ''At that time I did not think about any risks to my own life.”

"I jumped just because I wanted the woman to be safe. I am old now, it is fine if I die, the young woman should be alive."

The captain, who has worked on ferries for more than 40 years and plans to retire this year, added he had lost count of the number of people he has saved from drowning.

He said: “I am very proud of myself that I have saved so many lives during my working life.” 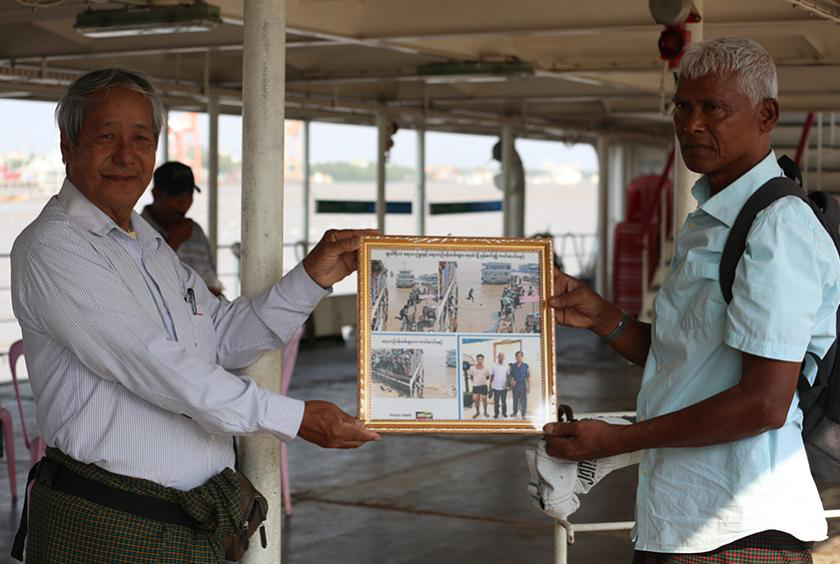