THIS is the dramatic moment a Ukrainian fighter uses a British-made missile to blast a Russian drone- and then flips the bird at it.

The attack comes while Vladimir Putin's tanks and hideouts are also being hit in Ukraine's latest ambushes. 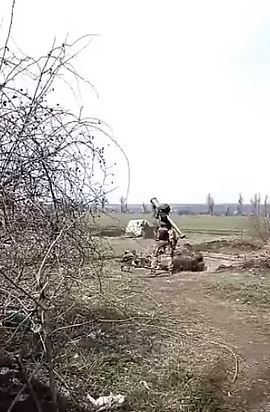 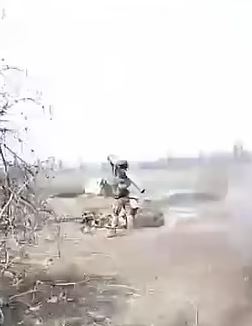 His fellow soldiers can be heard cheering after he shoots down the device.

He can also be seen celebrating while extending his middle finger toward the sky.

The clip was shared by soldier Yuriy Kochevenko who thanked Britain for the missile system and said that Ukraine uses the "support of allies effectively". 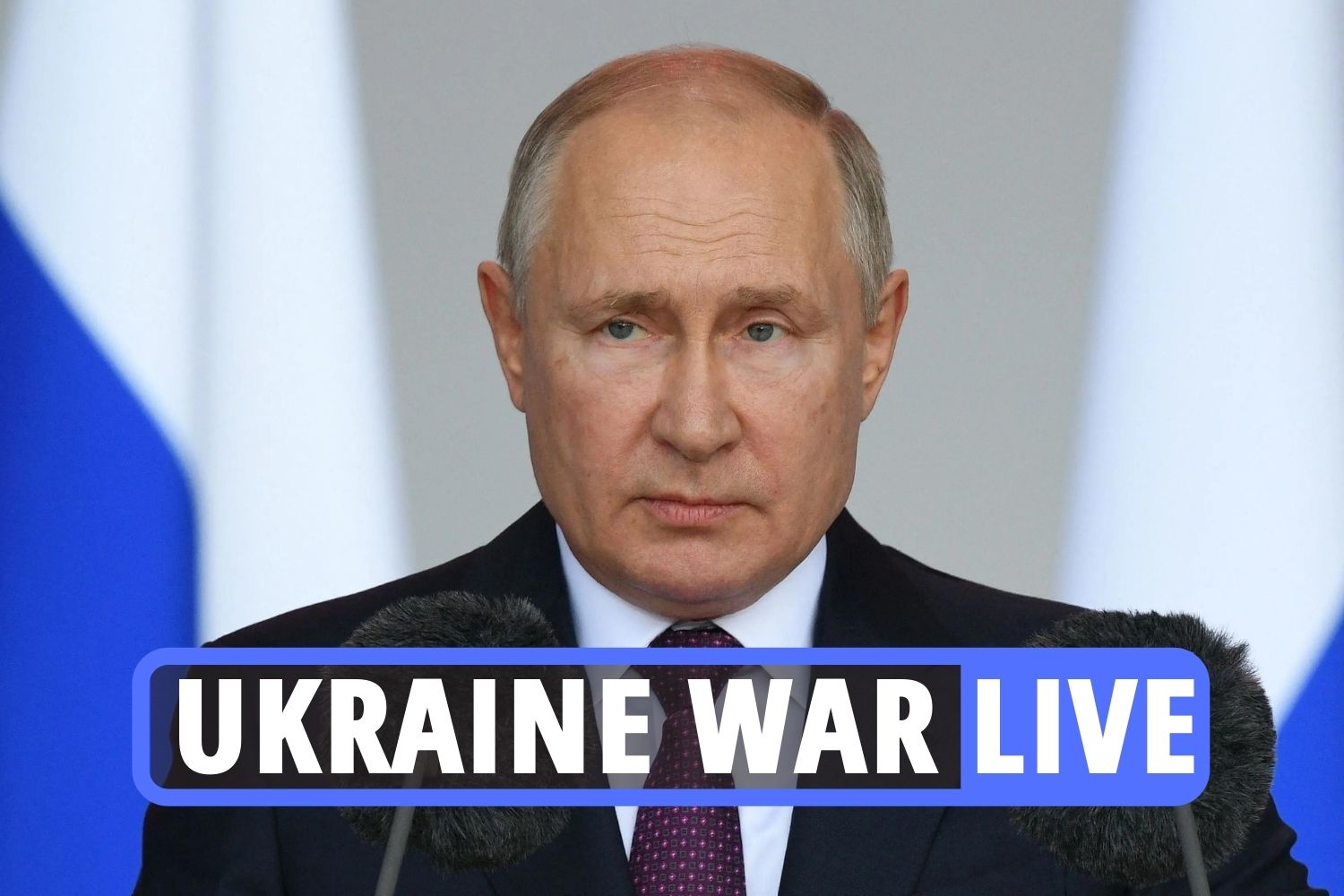 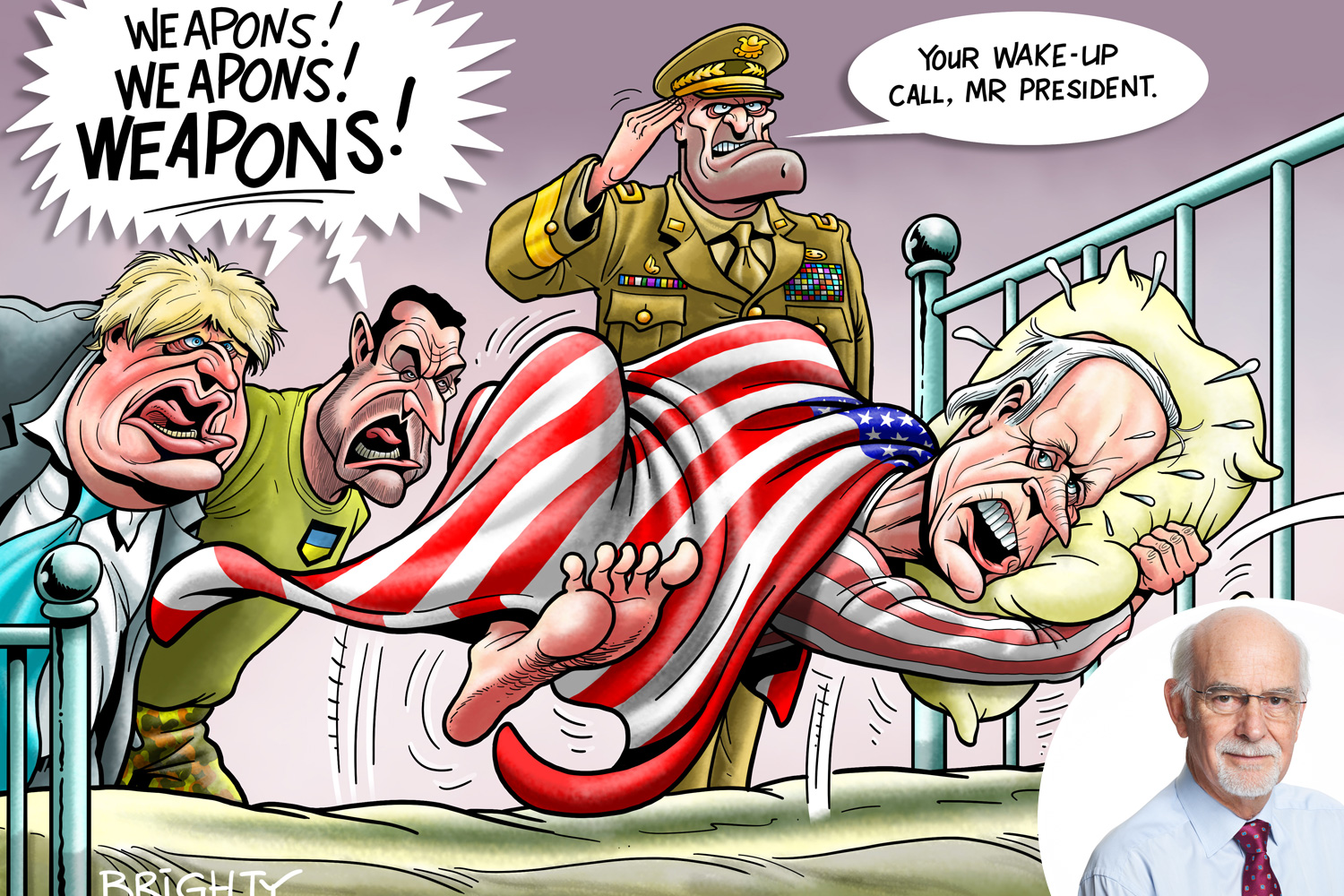 He said: "Successful combat use of Starstreak MANPADS in the Ukrainian-Russian war.

"Air Defense #95ОДШБр destroyed the Russian UAV Orlan, This is the greeting of Ukrainian paratroopers Boris Johnson. Thank you Britain.

"We use the support of allies effectively. Give more. For our freedom and yours!"

It comes after the General Staff of Ukraine's Armed Forces said on a Facebook post that Ukrainian fighters shot down another Russian Orlan-10 drone with the Starstreak missile system. 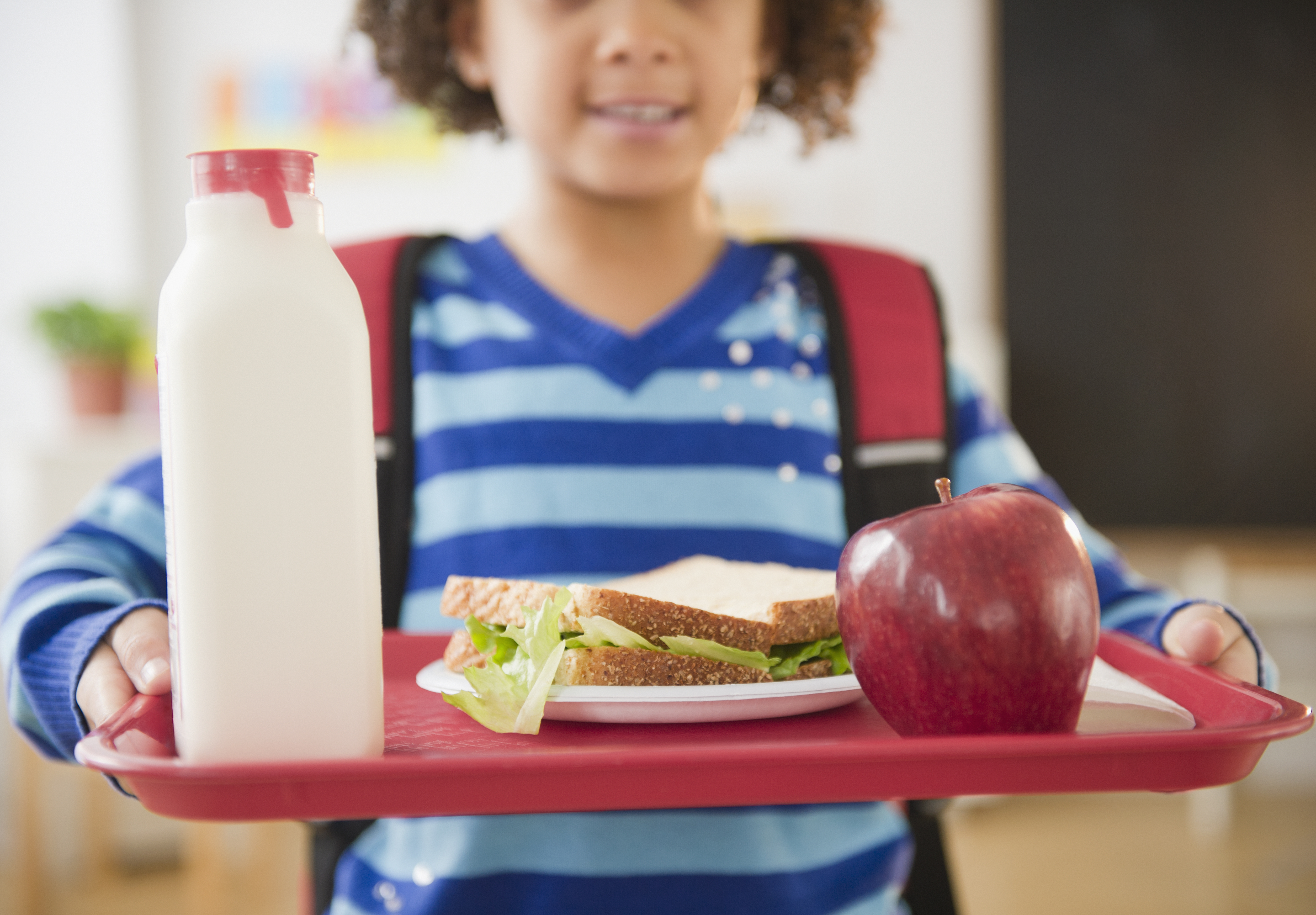 How to get free £50 food vouchers for supermarkets over Easter

The longer-range missile can strike targets up to 2.5km away.

Earlier this month Ukraine used the British missile for the first time, targeting a Russian helicopter.

A dramatic clip showed the moment the Mi-28N was hit by the Starstreak in the Luhansk region of eastern Ukraine. 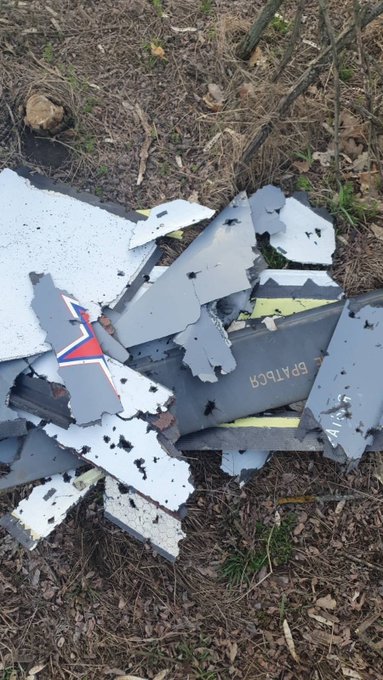 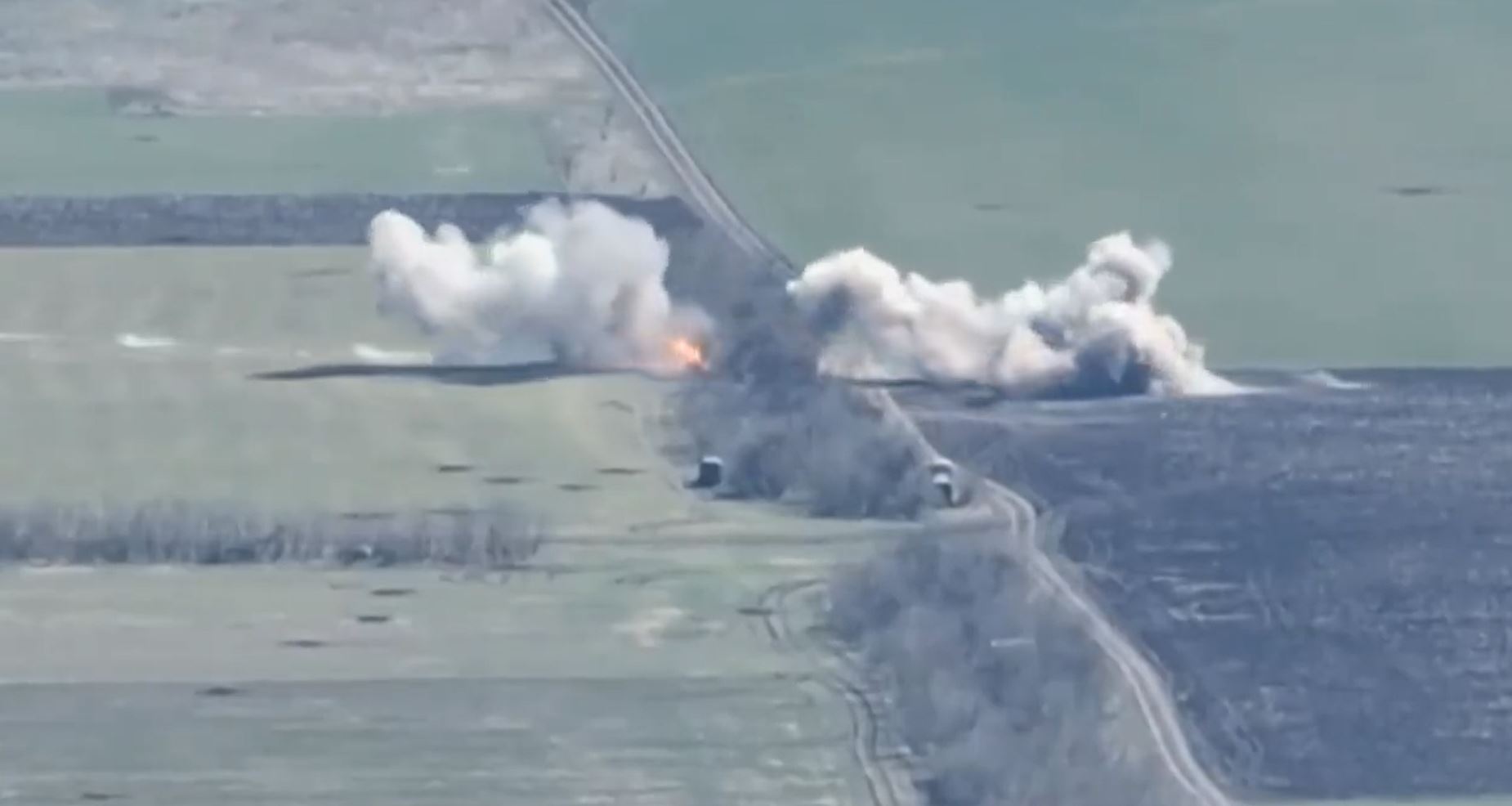 RUSSIAN SOLDIERS RUN FOR THEIR LIVES

Russian soldiers can be seen fleeing up a country road after a hit in their hideout.

In the video, at least two multi-purpose vehicles are seen parked next to a tree line in an open field before two missiles explode nearby.

As the smoke clears, around a dozen men are seen sprinting up the road as further strikes hit the area, sending large plumes of smoke high into the sky.

The 59th Motorized Infantry Brigade – a formation of the Ukrainian Ground Forces – said on the morning of 11th April: "Good morning, Ukraine!

"The day should start with a workout, even if you don't really want to.

"As the orcs do not like morning exercises, the guys from the 59th Motorized Infantry Brigade, named after Yakov Gandziuk, did their best to help them work up the necessary energy, organising them for a morning run and push-ups."

The footage was reportedly filmed in Haisyn Raion, in Vinnytsia Oblast, in south-western Ukraine.

Last week, dramatic footage showed the moment a Russian tank was blown up by a missile at Chernihiv Oblast.

On-board ammunition is thought to have caught fire, sending a huge plume of smoke skywards.

Boris Johnson said: "I'm in principle willing to consider anything by way of defensive weaponry to help the Ukrainians protect themselves and their people." 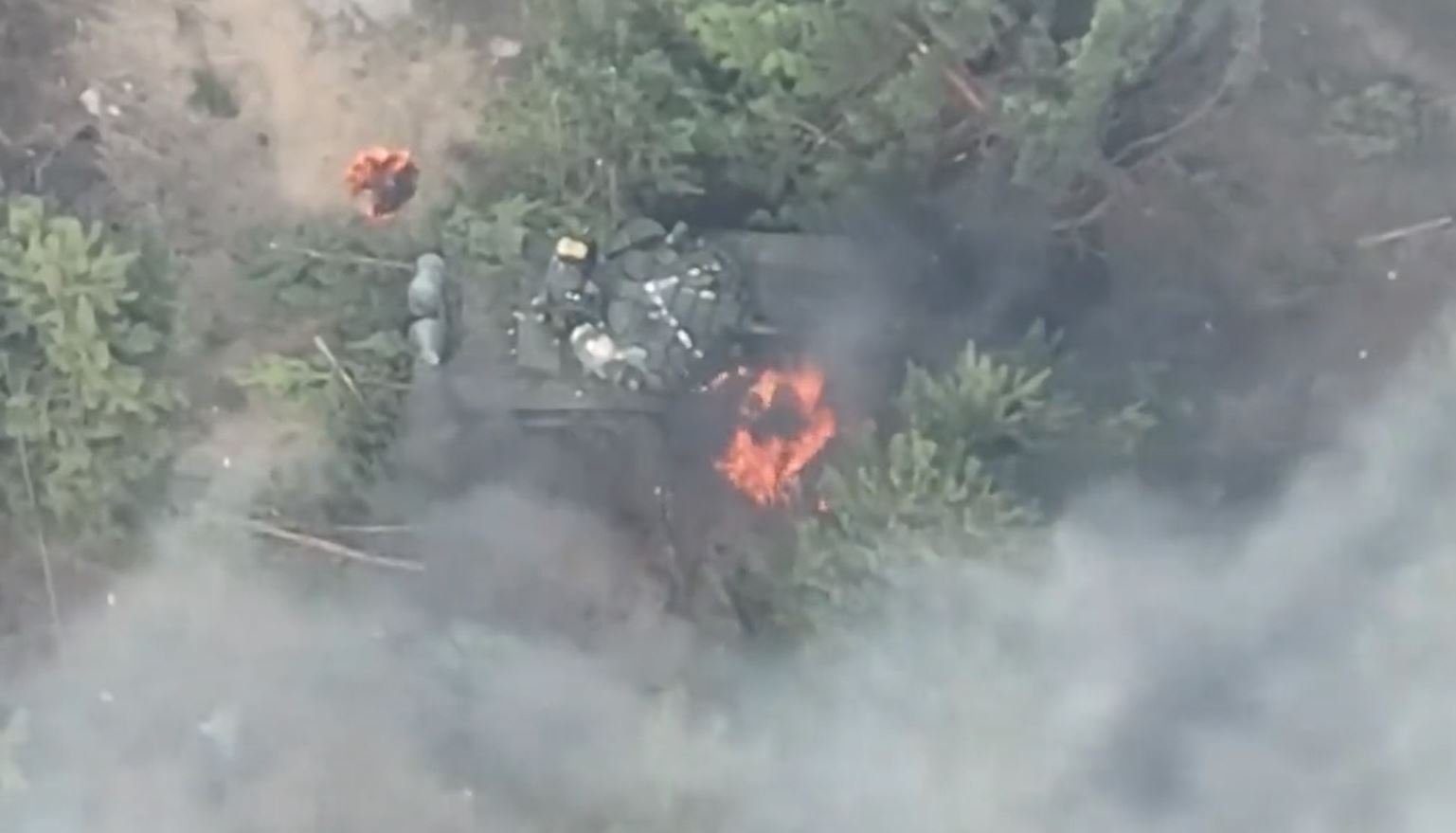 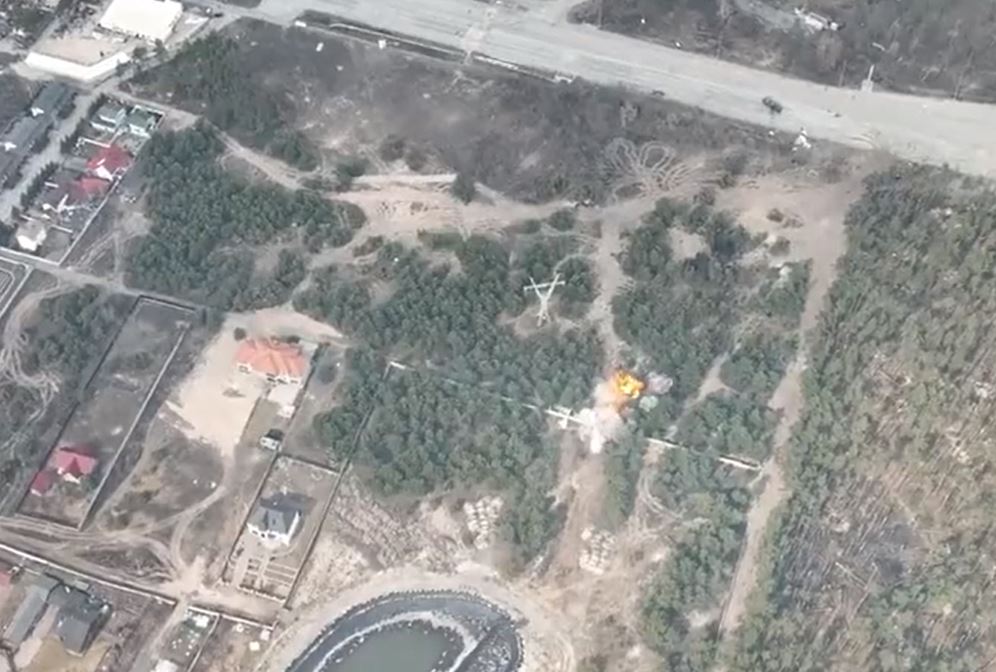 In the meantime, the UK will provide extra equipment like helmets, night-vision goggles, and body armour.

Boris said the new aid will add an extra £100 million of kit on top of what has already been supplied in the first seven weeks of the war.