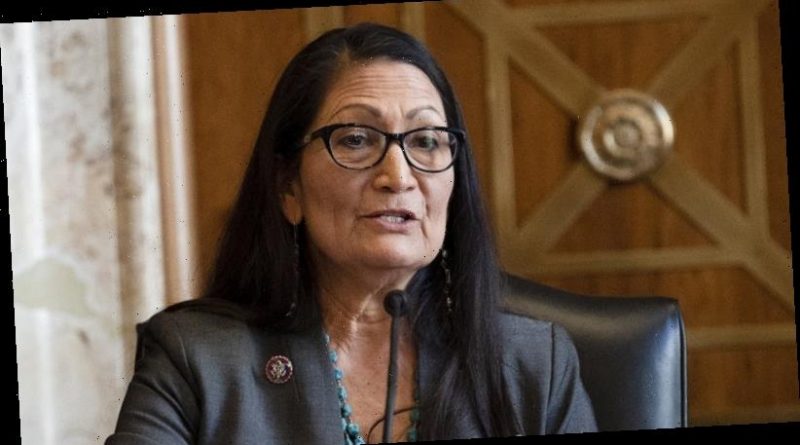 Flagstaff, Arizona: Citizens of tribes across the United States cried and clapped in celebration as Deb Haaland became the first Native American confirmed as Interior Secretary and cabinet member on Tuesday.

The US Senate voted 51-40 in favour of the Democrat’s nomination to lead the Interior Department, which has oversight of tribal affairs, energy development on public lands and waters, and has wielded influence over the nation’s tribes for nearly two centuries.

The department also oversees a host of other issues, including national parks and endangered species. 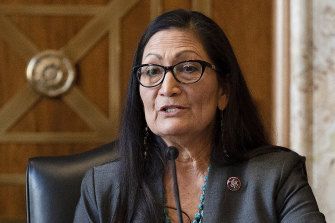 She was confirmed with the narrowest margin yet for a cabinet nomination by President Joe Biden. Four Republicans voted yes: Lisa Murkowski and Dan Sullivan of Alaska, Susan Collins of Maine and Lindsey Graham of South Carolina.

Haaland, of Laguna Pueblo in New Mexico, will resign as a congresswoman to take the post.

Many Native Americans said it was a long-awaited answer to their prayers to put someone they trust in a position to carry forward their hopes and expectations.

Haaland gathered with her sisters, her partner and Kansas Democrat Sharice Davids to watch the vote from her Washington, DC, home. They planned to eat spaghetti, and Haaland joked that she needed to run out for more tomatoes before her security detail realised she would become the next interior secretary.

Her sisters, Denise Kirksey and Zoe Magee, were overcome with emotion as they described the outpouring of support for Haaland.

“Debra is smart and she has a heart of gold, and she’s the hardest worker I know and the most unselfish person I know,” Magee told hundreds of people in a virtual gathering hosted by Native American organisations. “And I just feel grateful that all of you see that in her — that it’s not just our family, it’s all of you.”

Said Kirksey: “So things are going to start rocking and rolling, and there’s just going to be no stopping my sister. There’s just not.”

Democrats and tribal groups hailed Haaland’s confirmation as historic, saying her selection means that Indigenous people — who lived in North America before the United States was created — will for the first time see a Native American lead the powerful department where decisions on relations with the nearly 600 federally recognised tribes are made. 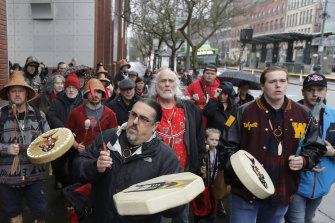 Naschio Johnson, centre, chairman of the Chinook Indian Nation, plays a drum as he leads a march to the federal courthouse in Tacoma, Washington, latt year, an effort to regain federal recognition.Credit:AP

“Native Americans for far too long have been neglected at the cabinet level and in so many other places,” the Democrat said.

Her confirmation shows that tribal members are “visible” and being taken seriously, Haaland said after the vote. “And no, it should not have taken more than 200 years.”

Haaland said she was “ready to roll up my sleeves” so her department could play its part in Biden’s plan to “build back better” and “responsibly manage our natural resources to protect them for future generations.”

Her nomination was closely watched by tribal communities across the country, with some virtual parties drawing hundreds of people to watch her two-day confirmation hearing last month.

Supporters projected a photo of Haaland, 60, a two-term congresswoman who represents greater Albuquerque, on the side of the Interior building in downtown Washington with text that read “Our Ancestors’ Dreams Come True”.

Her selection break a two-century pattern of non-Native officials, mostly male, serving as the top federal official over American Indian affairs. The federal government often worked to dispossess tribes of their land and, until recently, to assimilate them into white culture.

“It is long past time that an American Indian serve as the secretary of the Interior,” said Fawn Sharp, president of the National Congress of American Indians, the nation’s oldest and largest tribal organisation.

“The nation needs her leadership and vision to help lead our response to climate change, to steward our lands and cultural resources and to ensure that across the federal government, the United States lives up to its trust and treaty obligations to tribal nations and our citizens,” Sharp said.

Jonathan Nez, president of the Navajo Nation in Arizona, New Mexico and Utah, called Haaland’s confirmation “an unprecedented and monumental day for all first people of this country. Words cannot express how overjoyed and proud we are to see one of our own confirmed to serve in this high-level position.”

Haaland’s confirmation “sets us on a better path to righting the wrongs of the past with the federal government and inspires hope in our people, especially our young people,” Nez added. 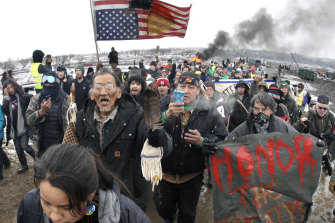 Not everyone was celebrating. Some Republican senators have criticised Haaland’s views on oil drilling and other energy development as “radical” and extreme, citing her opposition to the Keystone XL oil pipeline and her support for the Green New Deal, a sweeping, if mostly aspirational, policy to address climate change and income inequality.

“American jobs are being sacrificed in the name of the Biden agenda, and Representative Haaland couldn’t defend it,” Barrasso said last week, referring to decisions by Biden to reject the Keystone XL pipeline and impose a moratorium on new oil and gas leases on federal lands.

Barrasso also faulted Haaland’s support for continued protection for grizzly bears in the Yellowstone region of the Rocky Mountains, despite a recommendation by the Fish and Wildlife Service that about 700 bears in parts of Montana, Wyoming and Idaho no longer need protection.

“Representative Haaland has chosen to ignore the science and the scientists of the very department that she is now nominated to lead,” Barrasso said, calling on the department to remove protections for the grizzly under the Endangered Species Act. 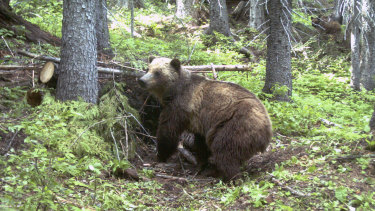 An adult female grizzly bear in the Cabinet Mountains, part of the Rocky Mountains in Montana.Credit:USFWS/AP

Adam Crepelle, lawyer and law professor at Southern University in Baton Rouge and a member of the Houma Tribe of Louisiana said: “Hopefully when she gets into office, she can roll back some restraints on tribal economic development. Trust lands are super regulated, and it’s all federal land. If tribal economies can improve, hopefully that will lead to more funding for schools, tribal police, things like that.”

Senator Maria Cantwell, a Democrat from Washington, said she appreciated Haaland’s leadership in the House on a range of issues, adding her status as a Native American “will give us an extra advantage on [tribal] issues that are so important to Indian Country overall.”

Murkowski said she had “some real misgivings” about Haaland because of her views on oil drilling and other energy issues, but said Native Alaskans, an important constituency in her rural state, had urged her to back Haaland.

“Quite honestly, we need [Haaland] to be a success,” the Republican said.