A pedicab driver who was impaled by four bamboo stems in the torso has miraculously survivedin Hubei, south-east China.

The 25-year-old Mr Li was pinned to his seat by the poles after crashing into the rear of a truck on Wednesday night.

Doctors have managed to remove the bamboo from the man, according to Chinese reports. However, he remains in critical condition. 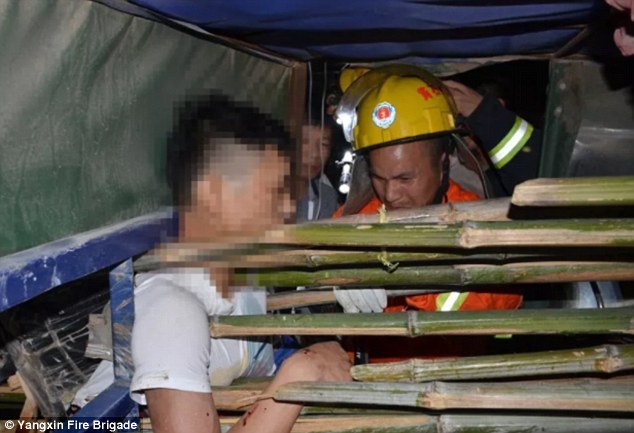 Mr Li’s pedicab crashed into the truck loaded with bamboo poles at around 10pm in Yangxin, Huangshi city, according to police.

The bamboo sticks had slide off the truck due to the momentum of the crash, and four of them had had pierced into Mr Li.

‘The situation was very tricky. We didn’t want to cause any further harm to the driver,’ assistant chief Yang Quanwei told Beijing News.

Other firefighters tried to keep Mr Li awake while carrying the rescue work.

The driver was sent to Yangxin People’s Hospital underwent surgery at the cardiothoracic department. 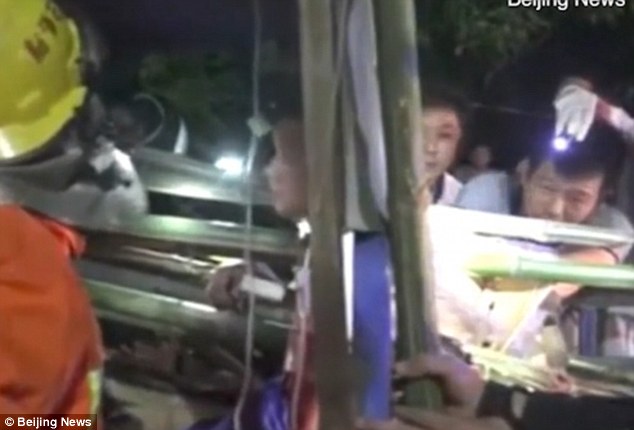 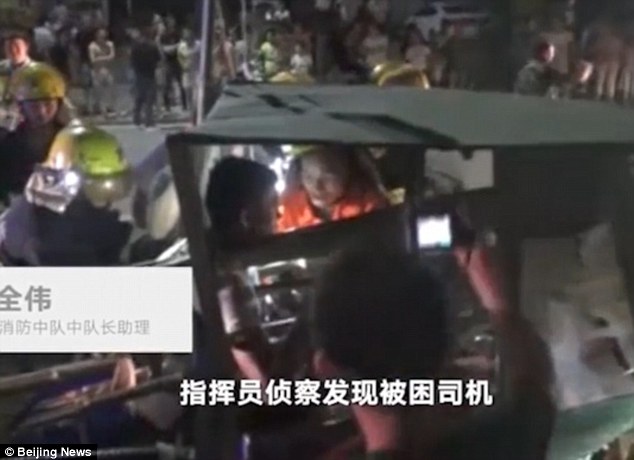 Mr Li has undergone surgery to have poles removed, but he remains in critical condition

Dr Chen told Chutian Metropolitan Daily that Mr Li was ‘very lucky’ because none of the long objects had damaged his heart and arteries.

However, Mr Li remains in critical condition after the operation.