A single-engine Cessna 172 aircraft was captured on a couple’s dash camera making an emergency landing Saturday on a California freeway.

The unusual incident occurred around 6:45pm on Westbound I-580 in San Leandro, the Alameda County Fire Department said in a public statement.

The small plane had suffered a fuel pump issue shortly before it was captured by Eric and Brandi Geer on video as it quickly lowered in between busy traffic. 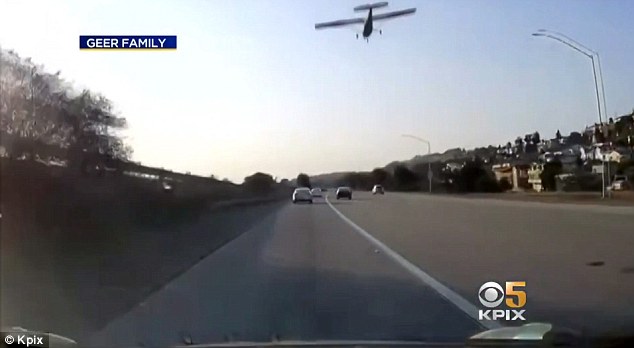 Drivers in San Leandro, California were stunned when a small plane made an emergency landing on the highway 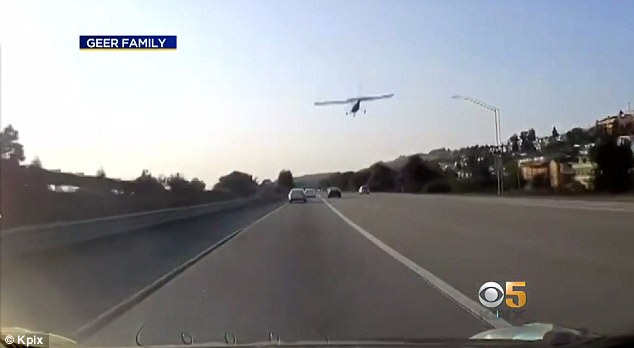 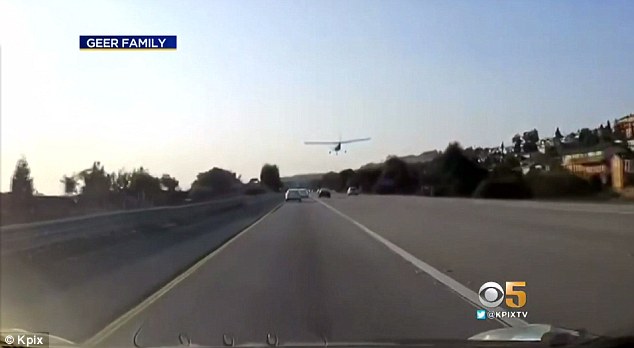 The couple is heard saying repeatedly as the plane swoops into traffic: ‘Oh my gosh! Oh my gosh!’

The Greers told CBS San Francisco the pilot waited for enough room in between vehicles before making the quick and risky landing just near the 164th Street exit.

‘He was able to hold that plane up until all the cars got out of the way and then he landed it and he immediately went to the side,’ Brandi told the station. 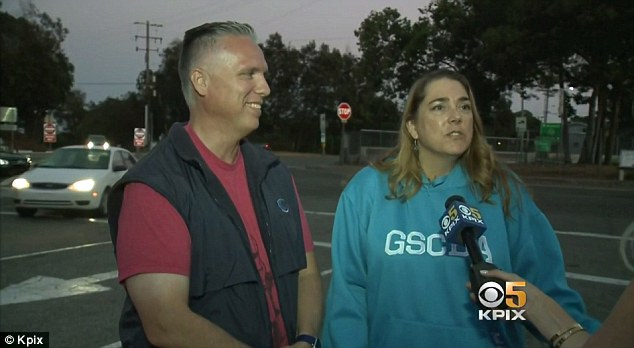 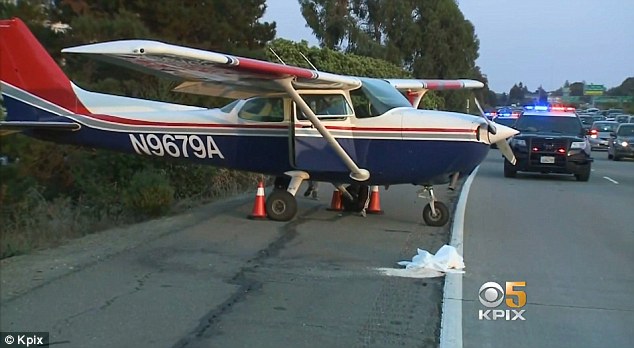 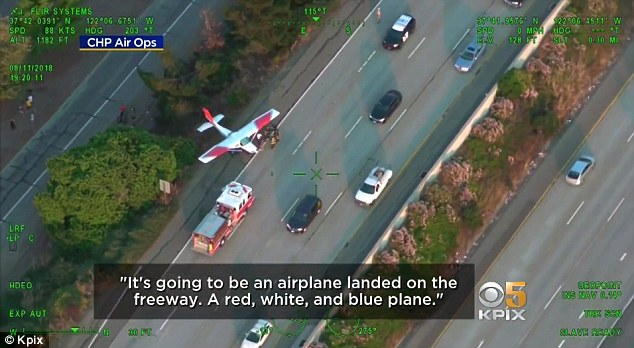 Luckily, no one on the plane was injured and there were no accidents as a result of the incident.

‘It was fear at first and then adrenaline kicks in,’ Brandi told CBS San Francisco.

Eric had been driving at the time of the incident. He said: ‘So I was trying to like, “Hey! Listen up (to other drivers” … so I was swerving around on the freeway.’

The plane departed Lake Tahoe and was set to arrive at the Hayward Executive Airport.

‘You hear about it on TV, you see it sometimes and you’re like, “That would never happen!”‘ Brandi said further.

‘There are things that happen that are beyond your control, and planes do fall out of the sky.’

Another video, obtained by DailyMail.com, shows the plane after it was parked on the side of the freeway as fire officials surround the scene.

The California Highway Patrol escorted the aircraft off the freeway with a flat bed tow truck. 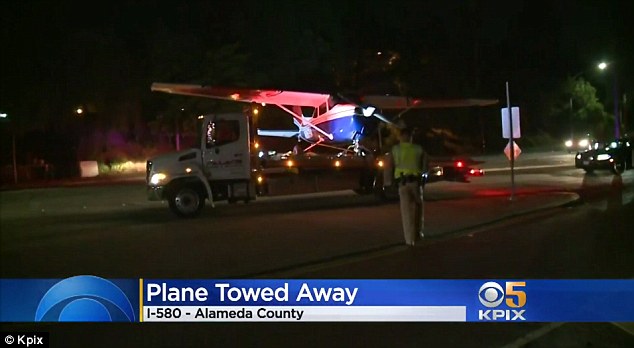