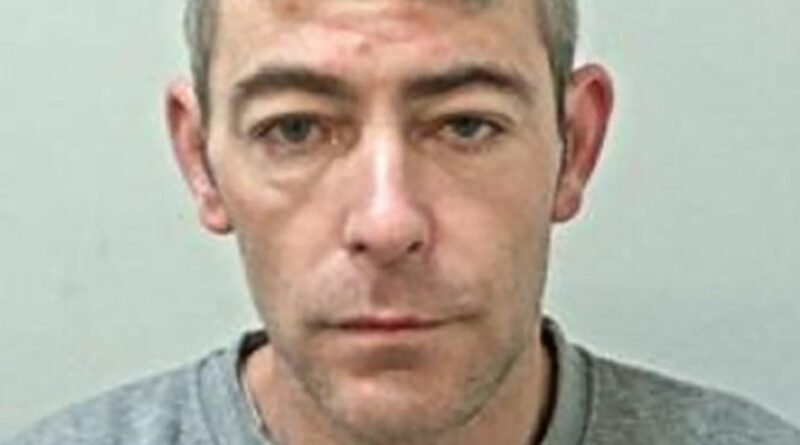 A man who has been dubbed a "neighbour from hell" has been jailed after he selfishly caused a gas explosion which killed a toddler.

Darren Greenham, 45, cut a pipe with an angle grinder in a bid to sell it for scrap metal on May 16 last year.

But his "reckless" antics went horrifically wrong and led to the death of two-year-old George Hinds after the pipe disruption sparked a huge gas blast.

Greenham, who lived next to George's family in Mallowdale Avenue, Heysham, Lancashire, has been slapped with a 15 years and two months jail sentence.

Recorder Robert Altham said it was a miracle no-one else was killed, adding the defendant was likely unaware of the obvious smell and sound of the gas leak due to being intoxicated.

George's mum Vicky Hinds was trapped for two hours before being pulled from the rubble.

The judge said she and husband Stephen Hinds are still living in a caravan and had to borrow money after losing their home and all their possessions.

He added it has "placed a strain on their relationship, how could it not".

Mr Hinds told the court yesterday: "By Darren Greenham cutting a gas pipe to make a few quid I have lost my son, my absolute world."

He said Greenham, who was dependent on alcohol and drugs, made the lives of his neighbours a "misery" and would play music until the early hours and insult George.

Mr Hinds, who wore a blue Paw Patrol tie and took a Paw Patrol toy into the witness box with him, said: "It makes my blood boil now, I always did the right thing and reported it to the council and the police, nothing was ever done."

In a statement, George's mother Vicki Studholme said she felt "unsafe" in her home because of Greenham, a "neighbour from hell" who she said made threats of violence towards her, her husband and their son.

She said: "I do feel that although we reported this countless times we have been let down by the council and the police, and the death of my beautiful baby boy could have been avoided."

Vicki added: "After the explosion, being trapped in the rubble was the most scared I had ever been in my life.

"This was until I arrived at the hospital to be told that George had died.

"Never, ever have I felt so scared as in that moment of my life."

The court heard that the explosion at 2.36am destroyed the Lancashire County Council-owned property Greenham lived in and severely damaged the two neighbouring terraced houses.

A total of 55 properties in the area were damaged.

Timothy Cray KC, prosecuting, said that at the time of the explosion the council was considering taking eviction proceedings after a number of complaints about Greenham's behaviour.

He said: "He had been removing every bit of pipework he could for weeks before, seemingly because he knew he was going and he wanted to make what he could from selling it as scrap."

The court heard the gas meter in the property had been altered so Greenham could receive gas without paying for it.

A report from the Health and Safety Executive (HSE) after the explosion found wooden floorboards had been removed from the first floor landing of the house and gas pipes had been cut deliberately.

The blast was likely to have happened 20 to 40 minutes after they were cut and there would have been a strong smell of gas and an audible noise before that, the report said.

Peter Glenser KC, defending, said Greenham was sober for the first time in "many, many years" since being in custody awaiting sentence.

He said: "With that sobriety has come a clarity and an insight that he didn't have through all his years of drink and drugs, and that clarity and insight has enabled him to see for the first time what terrible harm he has caused."

Greenham, who suffered a serious head injury and lost most of the use of his right hand in the blast, pleaded guilty in August to manslaughter, damaging a gas meter and theft of gas.

He was given 15 years and two months for manslaughter and one month each for the other two charges, to run concurrently.