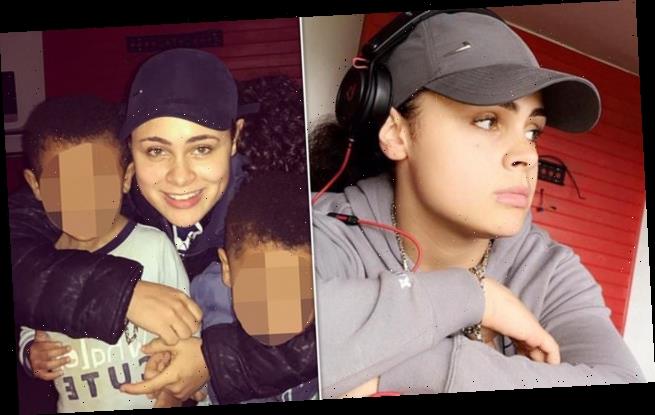 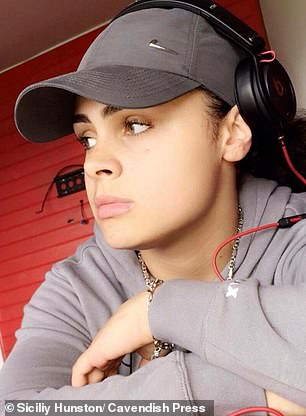 Sicily Hunston, 20, bit one policeman on the arm and hurled foul mouthed abuse at his three colleagues during a drink-fuelled fit of rage in Wythenshawe, Manchester

A drunk woman who shouted ‘black lives matter’ before biting and racially abusing police during a violent struggle claimed she was ‘antagonised’ by an officer saying ‘all lives matter’.

Sicily Hunston, 20, bit one police officer on the arm and hurled foul mouthed abuse at his three colleagues during a drink-fuelled fit of rage in Wythenshawe, Manchester.

Officers were called to the property by concerned families members amid fears Hunston was in possession of a knife – and she later told police she had a gun.

But when officers attempted to search her she began shouting ‘black lives matter’ and threatened to bite one of the male officers.

During a violent struggle Hunston then carried out her threat, by biting one of the officers on the arm.

She appeared at Manchester Magistrates’s Court after admitting assault on an emergency worker and racially-aggravated harassment.

But her lawyer argued that Hunston, who he said was suffering a ‘mental health crisis’ at the time, had been ‘antagonised’ by one of the officers saying ‘all lives matter’ in response to her ‘black lives matter’ shouts.

Hunston was spared a prison sentence. She was instead fined £100 and told to complete a 12 month community order, along with paying £50 in compensation to her bite victim.

The court heard how police attended Hunston’s family home amid concerns for her welfare in July last year. 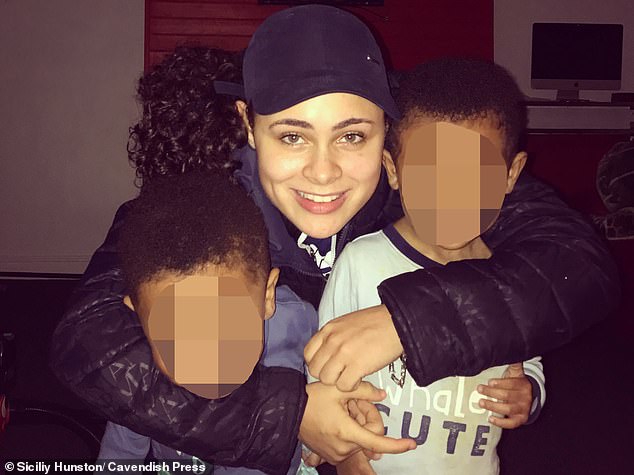 Hunston (pictured) was spared a prison sentence. She was instead fined £100 and told to complete a 12 month community order, along with paying £50 in compensation to her bite victim 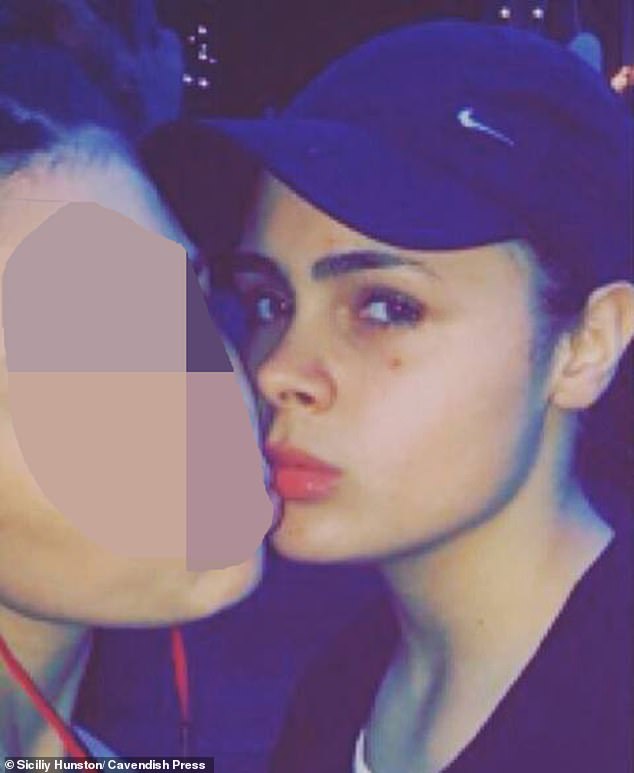 The incident took place around the time of Black Lives Matter protests in the UK following the death of George Floyd in the US.

Mr Floyd, 46, died after one of the officers knelt on his neck for more than eight minutes during an arrest.

Prosecutor Peter Conroy said that when officers found Hunston she had a bottle of alcohol in her hand and was ‘clearly intoxicated’.

‘She was also quite angry and she stated there were knives and meat cleavers in the room and she also said she was in possession of a gun,’ he said.

‘One of the officers then approached the defendant and said he needed to search her.

‘But at this point, the defendant became very aggressive and it took several officers to apprehend her.’

Mr Conroy said: ‘The defendant then went to bite the arm of the officer and managed to put her teeth on his forearm.

‘As a result, the officer pulled her head down with great difficulty and she constantly shouted racial abuse when being arrested and whilst getting into the police van and whilst in the van.’

Mr Conroy added that, while carrying out a search, officers found a knife in Hunston’s waistcoat. 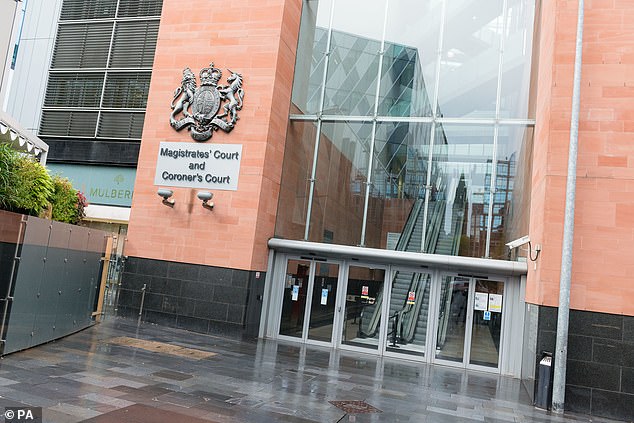 Prosecutor Peter Conroy added that, while carrying out a search, officers found a knife in Hunston’s waistcoat. Pictured: The case was heard at Manchester Magistrates’ Court

Mitigating for Hunston, Matthew Wallace said his client has suffered a ‘mental health crisis’ at the time of the incident, including anxiety and depression.

‘It was an ignorant thing to do and the response escalated the situation instead of de-escalated it because of the occasion.’

He added that Hunston, who had no previous convictions, was engaging with mental health services and said he was hopeful she could ‘move forward’.

Alongside her fine, community order and compensation to the officer, Hunston was also ordered to pay court costs of £180.