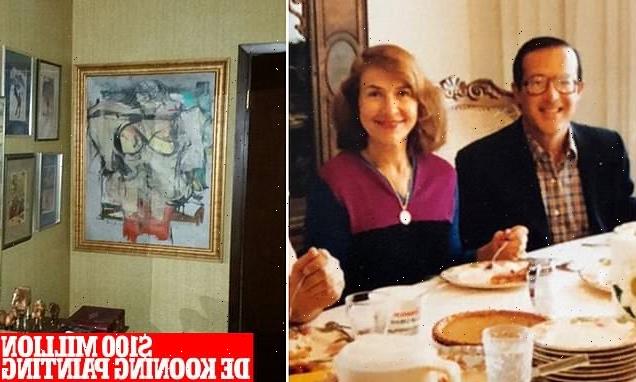 Notorious art thieves who stole $100M painting in 1985 – while one chatted up security guard – are revealed to be NYC teachers… who are now DEAD: FBI discover valuable works of art in their home and more than $1M in their bank account

An FBI investigation into a pair of retired teachers whose New Mexico home held a stolen $100 million De Kooning painting revealed they had other valuable works in their house and enjoyed lavish trips around the world.

It has long been speculated that the late Rita and Jerry Alter were the duo who stole De Kooning’s ‘Woman-Ochre’ from the University of Arizona Museum of Art in 1985.

The theft saw a woman chat up a guard while her male accomplice cut out the painting and ran off with it, but the thieves have never been identified.

It wasn’t until 2017 that police were alerted to the paintings location by a New Mexico museum curator who bought the painting for $2,000 from Rita’s estate, who passed away that year following her husband’s death in 2012.

A follow up investigation has since found that the former New York City teachers were in possession of other artworks, including two paintings that the FBI said would sell for six figures each, the Arizona Republic reported. 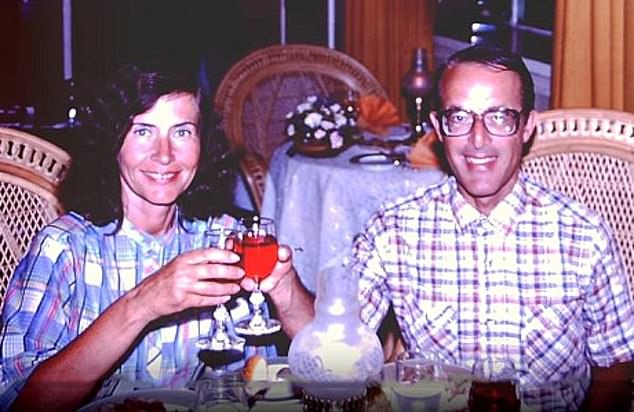 An FBI investigation into Rita and Jerry Alter (above), who are believed to have stolen a $100 million De Kooning painting in 1985 revealed the couple lived in luxury despite enjoying moderate salaries as local school teachers in Silver City, New Mexico 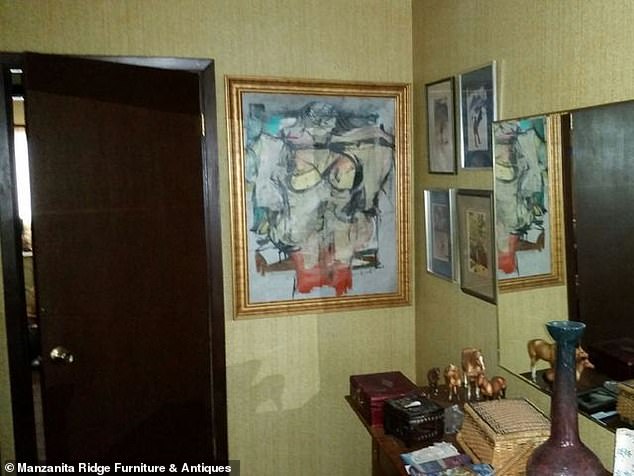 The ‘Woman-Ochre’ was taken from the University of Arizona Museum of Art by a pair of thieves. The painting hung in the Alter’s New Mexico home for decades 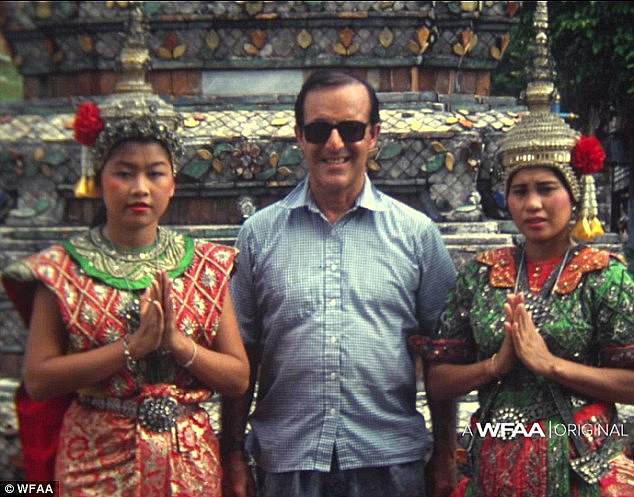 The couple was known to travel all across the world, visiting India, Nepal, China and Japan. Pictured: Jerry posing for a photo during one of couple’s trips 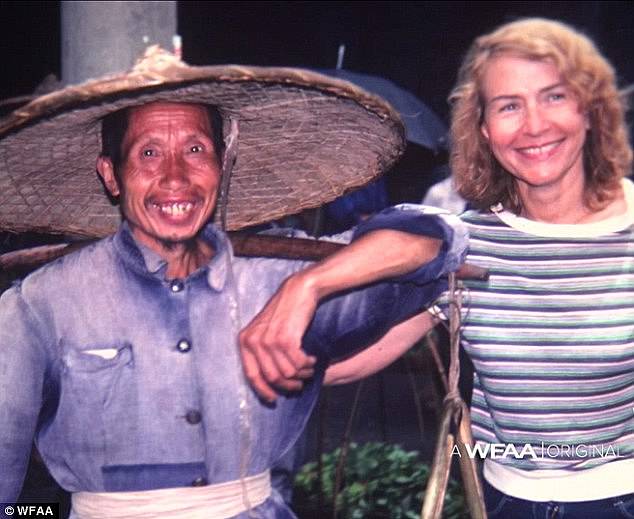 Colleagues of Rita (right), a speech pathologist in the G.W. Stout Elementary School, wondered how she could afford lavish trips around the world while earning $16,171 a year

According to the FBI, the Alters’ nephew told them that Rita had more than one million dollars worth of bonds before her death, despite her annual salary as a speech pathologist in Silver City, New Mexico only amounting to $16,171.

Christy Miller, a special education teacher who shared an office with Rita at the G.W. Stout Elementary School in Silver City, told the Republic that the New Yorkers lived luxuriously in their new Southwest home, where they moved to in 1977.

Their single-story ranch was equipped with a swimming pool, busts of William Shakespeare and Ludwig van Beethoven, and a blue pyramid covered in tiles.

The FBI found that the Alters visited about 145 countries in total.

Neighbors said the couple’s apparent wealth kept them at a distance, but when they were invited inside the home, they often spotted the stolen painting and commented that it was ugly as Rita and Jerry laughed.

The couple reportedly chalked up their wealth to various inheritances they received.

Although Jerry suffered from a major heart attack in 2002, the couple continued traveling, with their last trip together at the Caribbean islands of Grenada, St. Vincent and Dominica.

Following Rita’s passing, their nephew, Ron Roseman, the executor of their estate, donated the pair of expensive paintings and other sculptures to the Silver City Town and Country Garden Club’s thrift shop nonprofit.

Including in the donations were originals from Joseph Henry Sharp and Victor Higgins, whose paintings go for six figures each.

The nonprofit was allowed to sell the artworks for $122,692, more than three times as much as the charity usually makes in a year.

The FBI provided few details about the new items found in the late couple’s estate, noting that the case over the stolen ‘Woman-Ochre’ was closed.

Tim Carpenter, a senior adviser to the FBI Art Crime Team, told the Republic that only the Alters would know how they got their hands on the $100 million painting.

‘They took that to the grave with them, unfortunately,’ he said.

The FBI did not immediately respond to DailyMail.com’s request for comment. 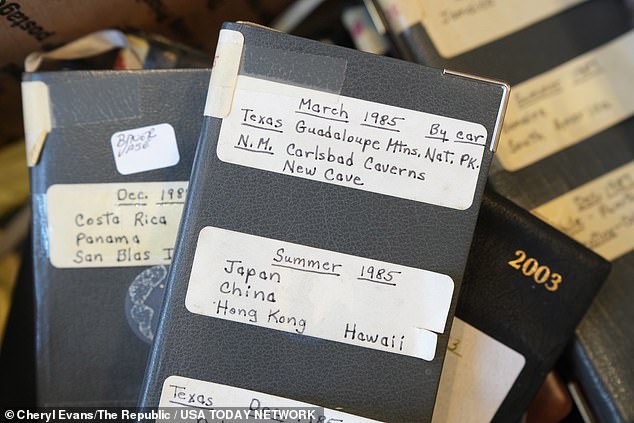 Pictured: Jerry and Rita’s passports detailing a plethora of trips in the mid 1980s 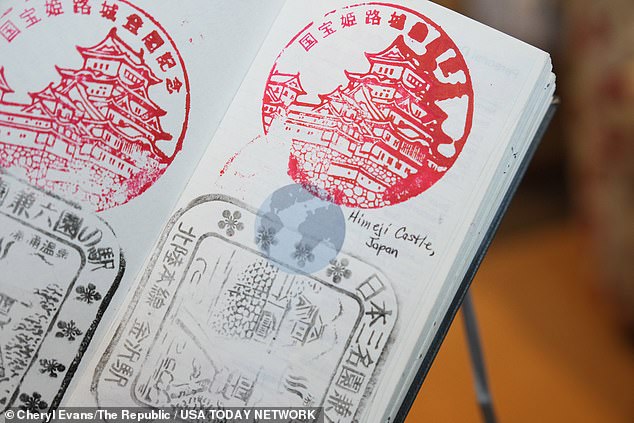 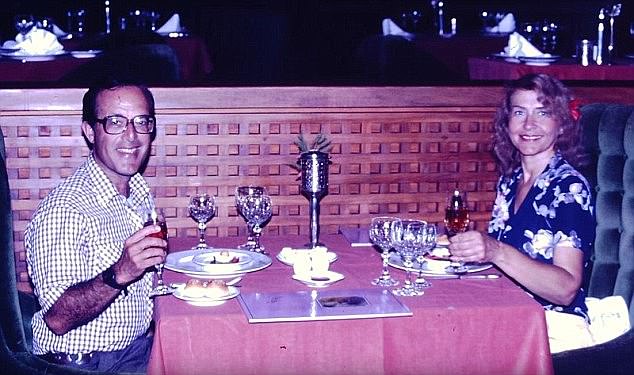 After their deaths, the couple’s nephew donated their belongings to a local charity, who ended up selling the artworks for more than $122,000 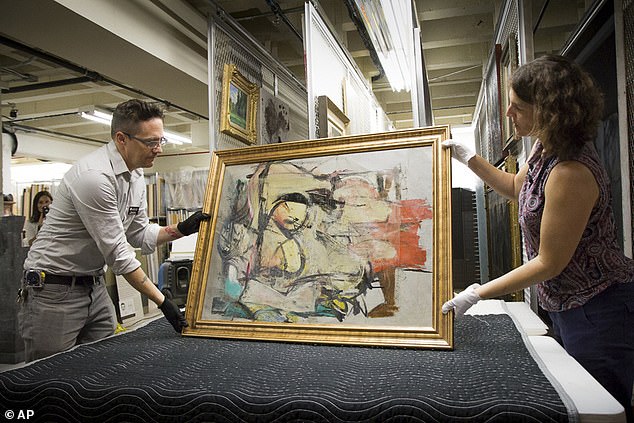 According to KOB 4, Jerry and Rita kept a day planner with meticulous notes about where they went, what they ate and what medications they had. The couple mysteriously left Thanksgiving 1985 blank, the same day the painting was taken from the museum.

A newly surfaced family photo also reveals that Jerry and Rita, who have two children, were in Tucson a day before the heist.

According to reports, a day after Thanksgiving 1985 a security guard at the University Of Arizona Museum Of Art unlocked the front doors to let an employee inside when a man and a woman walked in behind the staffer.

Because the museum was about to open for the day, the guard did not tell them to leave. The man walked upstairs to the second floor of the museum as the woman stayed and chatted with the security guard.

Roughly 15 minutes after entering the museum, the man and woman left in a hurry. Sensing something was wrong, the guard walked up to the second floor to discover that de Kooning’s ‘Woman-Ochre’ painting had been cut from its frame. 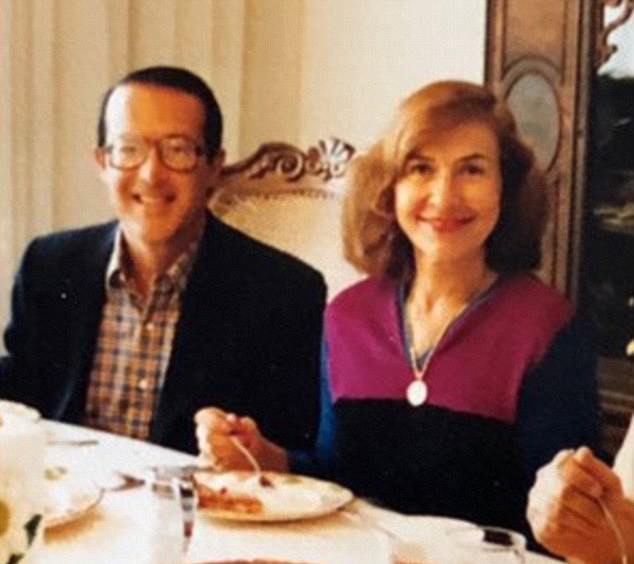 The FBI has not commented on whether or not they believe the couple stole the painting, only saying that the case was considered closed 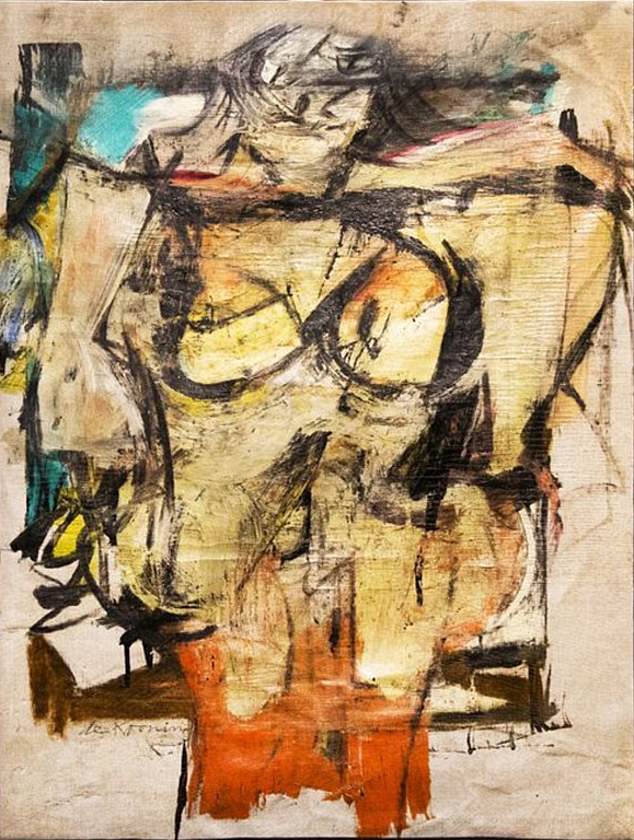 When he tried to chase after the man and the woman, they were speeding away in a red sports car. The museum did not have security cameras at the time and police found no fingerprints.

Authorities released a sketch of the couple, which bears a striking resemblance to Jerry and Rita, and described what they had been wearing, but no arrests were ever made.

The theft went cold until in August 2017  David Van Auker accidentally stumbled upon the painting ‘hidden’ behind the master bedroom of Jerry and Rita’s ranch-style New Mexico home.

He told several news outlets that he went to the couple’s home to see what they had left behind after hearing about an estate sale.

Van Auker said as he was walking around the house he found a ‘great, cool mid century painting’ and bought it from Roseman for $2,000.

Van Auker and Roseman, who was named executor of the estate, were unaware of the painting’s history.

The painting will be up for display once again at the University of Arizona Museum of Art in May 2023 in a new exhibit named, ‘Restored: The Return of Woman-Ochre.’