The apocalyptic storms have collapsed buildings, ripped trees from the ground and sparked fires. 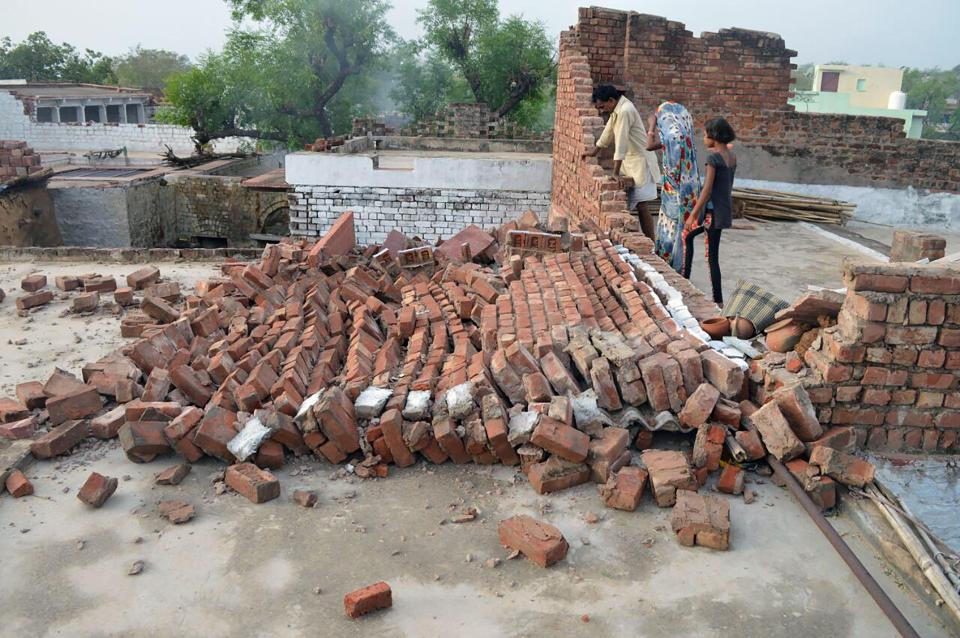 In Uttar Pradesh, a school wall collapsed, killing 23 people, while in Saharanpur, a tree fell crushing and killing an eight-year-old girl.

A wall collapse in this region injured five, including three kids, while two other died when their house collapsed in the fierce winds.

A 12-year-old girl was also killed when a sheet of iron upended in the winds struck her in the head. 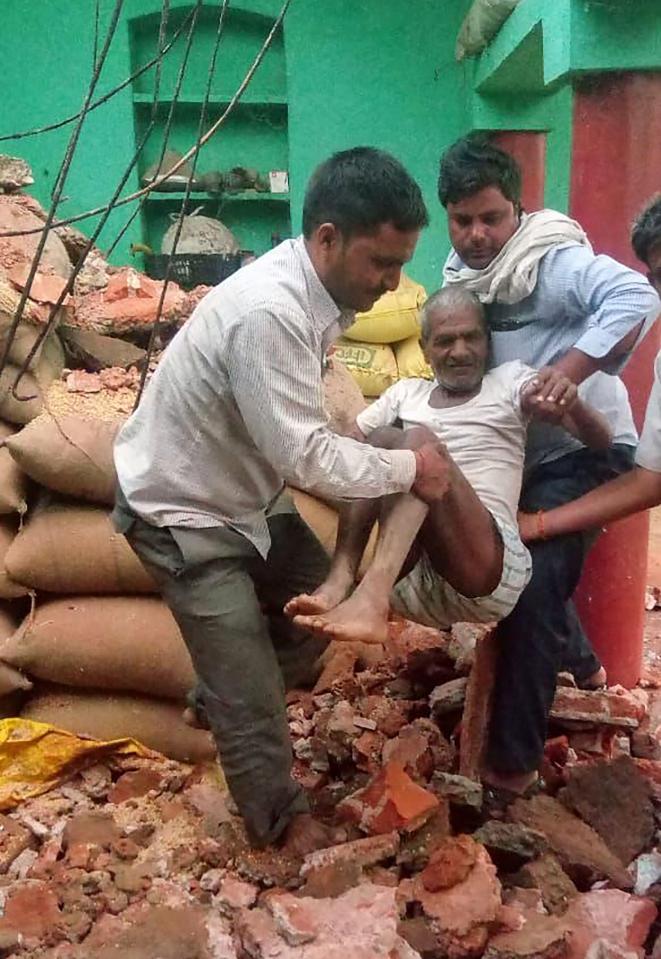 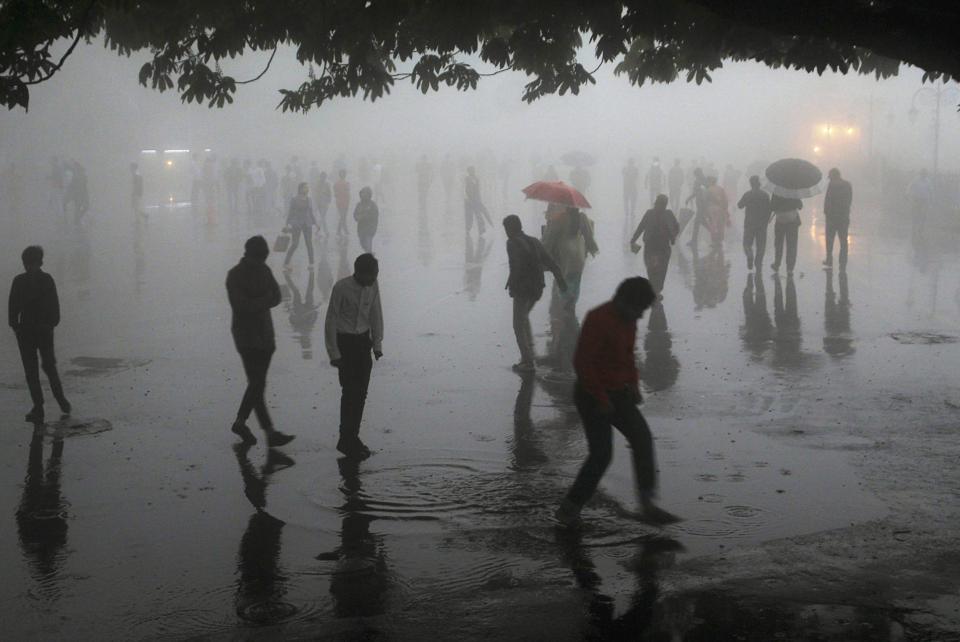 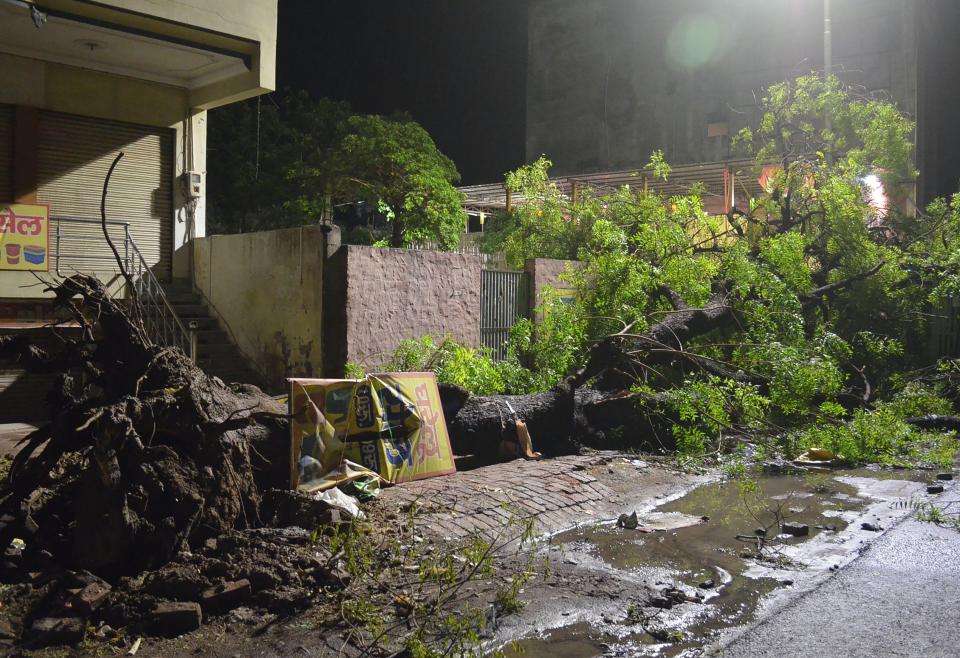 Rajan Vishal, an emergency official from Alwar, Rajasthan, told the Times of India: "We have alerted health department officials, including doctors, power department and district administration officials to provide treatment to those injured and repair the damage caused by the storm in the district."

Sanjay Kumar, a relief commissioner, said the devastation was particularly severe in Agra, the northern Indian city where the white marble monument of Taj Mahal is located.

The rainstorm caught people by surprise as the monsoon season is still more than six weeks away.

WHAT IS A DUST STORM?

Dust storms are a common meteorological phenomenom in arid regions such as the subcontinent, Africa and the Middle East.

They often strike in tandem with thunderstorms, and are known to cause respiratory problems as well as worsening asthmna and spreading virus spores.