Dwayne "the Rock" Johnson is sharing more about his decision to not make a bid for the White House — despite, he says in a new Instagram post, being urged to consider the possibility.

The Black Adam star, 50, ruled out a run while speaking to Tracy Smith for CBS Sunday Morning, with the father of three daughters explaining that he was putting his family first. Along with raising daughters Jasmine, 6, and Tiana, 4, with wife Lauren Hashian, Johnson is also dad to 21-year-old Simone from his first marriage to Dany Garcia.

"It’s off the table," the former wrestler told Smith. "I will say this 'cause it requires a B-side: I love our country and everyone in it. I also love being a daddy. And that’s the most important thing to me — is being a daddy. Number one, especially during this time, this critical time in my daughters' lives, because I know what it was like to be on the road and be so busy that I was absent for a lot of years in my first daughter's … life. And that's what the presidency would do."

Johnson, who endorsed Joe Biden and Kamala Harris in the 2020 election, had previously teased that he would "consider" seeking political office. After a 2021 Piplsay poll found that 46% of respondents backed a Johnson-fronted ticket, the Jumanji star told Sunday Today's Willie Geist last year that he had a "goal, and an interest and an ambition to unite our country. If this is what the people want, then I will do that."

But Johnson now says that he's "not a politician, nor have I ever aspired to be one."

In an Instagram post shared over the weekend, the action hero explained why he's "choosing parenting over presidency."

"With midterms here and a presidential election 2 years away, I’ve been approached by the most influential in politics on both sides of the aisle asking and supporting that I run for president," he wrote late Saturday night. "It’s a humbling, grateful and inspiring feeling to even have these conversations, as I’m not a politician nor have I ever aspired to be one. But I am a patriot to my core, love my country and everyone in it.

"But being a father to my little girls is the most important thing in my life," Johnson continued. "To raise ‘em and always be there, during these critical years in their life. I know what it’s like to not be there all the time as a father, because of an unrelenting work schedule. I won’t let that happen ever again." 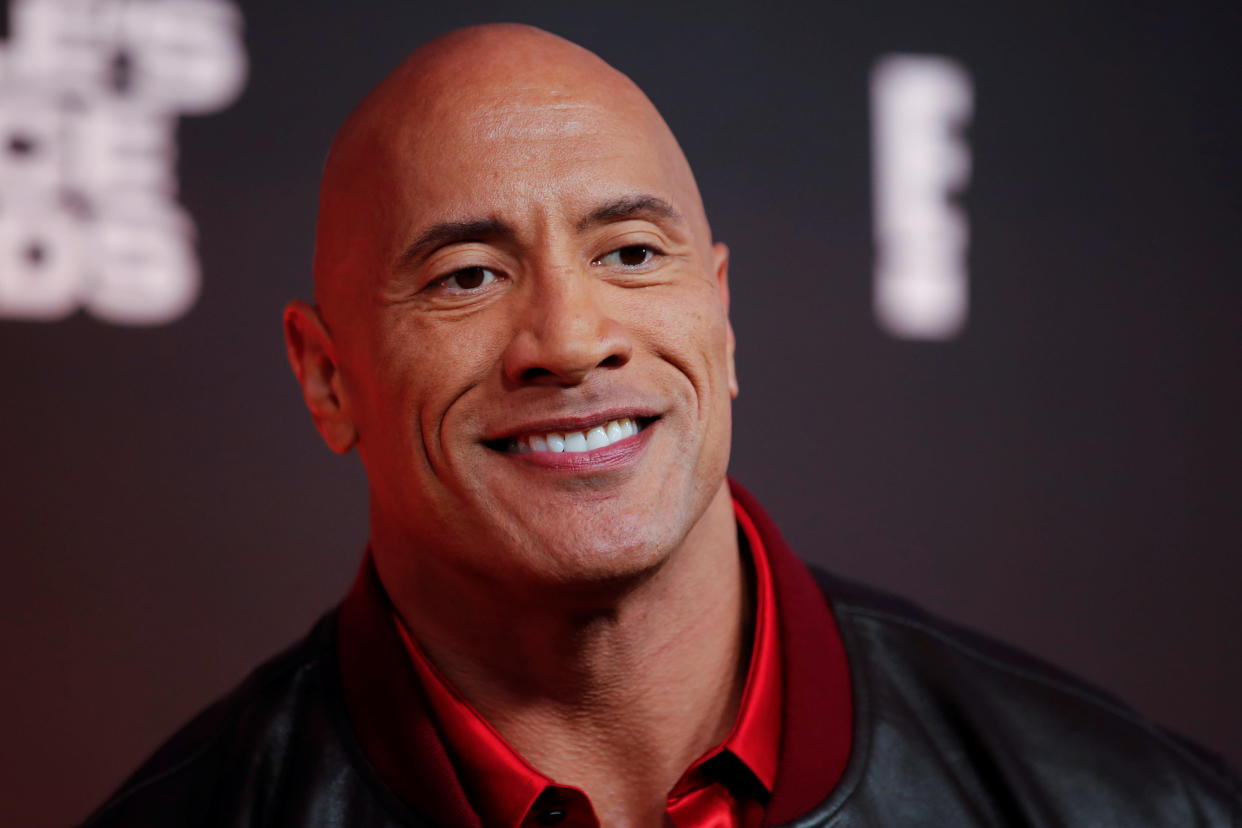 The actor — who follows Matthew McConaughey in floating, then rejecting, a political bid — had previously cast doubt on his White House ambitions in an interview with Vanity Fair last October. At the same time, however, he admitted that he'd done research into the prospect and had received "positive" feedback.

"You know, at the end of the day, I don’t know the first thing about politics," Johnson told the magazine. "I don’t know the first thing about policy. I care deeply about our country. I care about every fucking American who bleeds red, and that’s all of them. And—there’s no delusion here — I may have some decent leadership qualities, but that doesn’t necessarily make me a great presidential candidate. That’s where I am today.”

And while Johnson told fans that he "cried a tear or two — or 10" when Biden and Harris won the 2020 election, he has maintained that he is a "political independent and centrist" who would not turn "my back" on Donald Trump supporters "just because we have a difference of opinion."