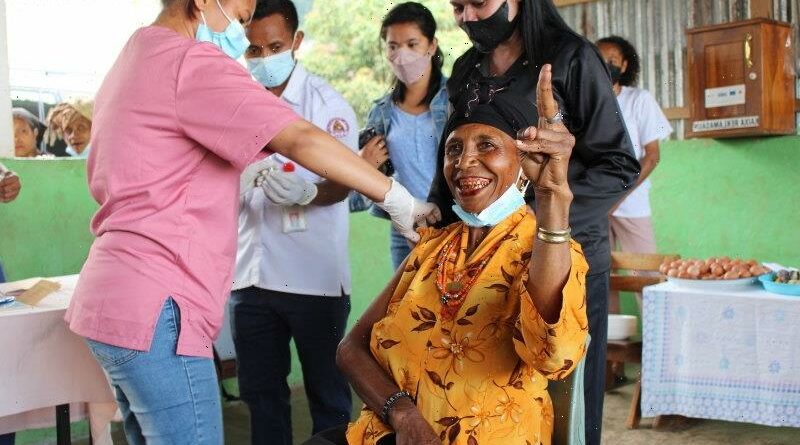 Singapore: So many new patients have been admitted to Dili’s main hospital, many have had to share beds.

The influx, though, has had little to do with COVID. 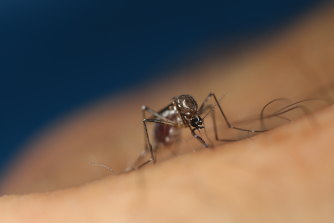 Instead, the health system in East Timor has been pressed to the limit by an alarming outbreak of dengue fever that has killed 20 children since the start of the year, with cases in January already exceeding the number recorded in all of 2021.

Now, with the first traces of the Omicron variant being registered in the past week and new COVID-cases at their highest level since last September, the small south-east Asian nation is confronting a worrying dual epidemic.

“There are a huge number of dengue cases admitted currently to hospitals and isolation facilities that have previously been used for COVID patients. There are a lot of sick kids,” said Josh Francis, an Australian doctor with the Menzies School of Health Research who works regularly in East Timor.

“Just in the past week, there has been a spike in COVID cases as Omicron starts to spread through the community and with dengue as well it’s going to put a huge strain on the health system again.”

Transmission of the mosquito-borne disease in East Timor historically peaks during the wet season between December and February but this year’s outbreak is already far worse than those in recent years.

The country’s health ministry reports there were 1198 cases of dengue in January alone, the majority in the capital Dili, with almost 80 per cent of those infected children between the ages of one and 14.

The infection and mortality tally of the last four weeks already outstrips the 901 dengue infections and 11 deaths recorded in 2021, so the coming weeks shape as a critical time for East Timor’s health infrastructure.

“Right now in Dili we have a dengue epidemic,” Dili Municipal Health Services director Agostinha Segurado said via text message on Wednesday. She said all 20 of the deaths to dengue in the past month had been children, with 12 of them in Dili.

Alito Soares, the executive director of Guido Valadares National Hospital in Dili, told reporters last month that beds had had to be shared by two patients because it had been so overwhelmed with people needing to hospitalised for dengue. 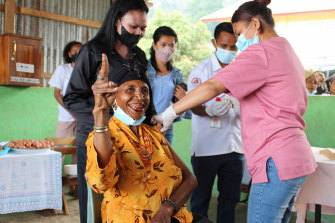 More than 70 per cent of the target population have had two doses of a COVID-19 vaccine.

East Timor is also bracing for COVID numbers to rise further after they spiked to 159 new infections on Tuesday, the highest daily figure in four months. That pushed overall infections during the pandemic past 20,000, with122 deaths.

Health officials are hopeful, though, that the vaccination rate can successfully mitigate the impact of an Omicron wave. More than 70 per cent of the target population has had two doses, with the country having begun vaccinating children over the age of 12 and administering boosters.

Australia has also been East Timor’s major provider of COVID vaccines during the pandemic, delivering 1,037,590 doses of AstraZeneca and Pfizer procured through UNICEF, according to government figures.

“There is a level of readiness,” said Arvind Mathur, the World Health Organisation representative for East Timor.

“It’s important to note that Timor-Leste maintains a very high coverage of vaccination and it has also rolled out since January a booster of Pfizer for frontline workers and walk-ins.”

The double health crisis comes with East Timor voters to go to the polls next month to cast their ballots in a presidential election. Former prime minister and president Jose Ramos-Horta is attempting to mount a comeback as president and is running with the backing of highly influential independence hero Xanana Gusmao.