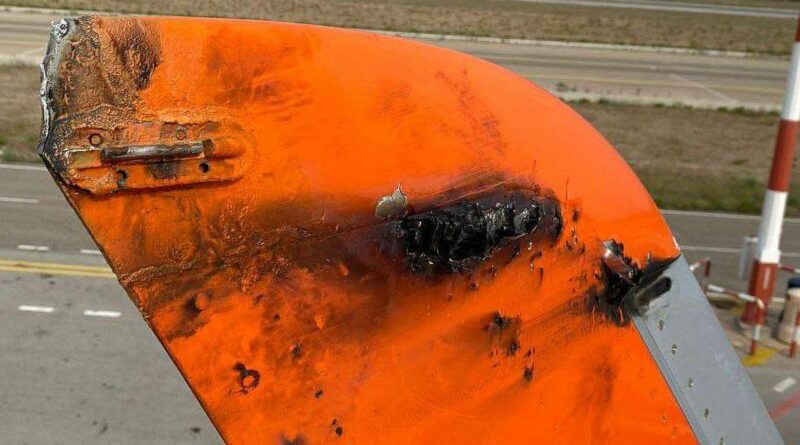 An easyJet plane was forced to make an emergency landing after its wing was suddenly struck by lightning.

The aircraft set off from Milan when it was hit by the "impossible" disruption while travelling over Italy on the weekend.

The quick-thinking pilot had to take holidaymakers to Bari instead of Naples on Sunday (September 25).

A shocking image showed the extent of the damage, with blackened patches that looked like some of the metal had melted.

Planes are designed so that lightning will usually hit the nose or wing and leave at the tail, meaning the aircraft is rarely damaged and emergency landings are infrequent.

The Sun reports that the pilot of the easyJet Airbus A320 was urged by air traffic control to land safely in Bari after damage to the craft was detected.

All 90 passengers on board at the time escaped unharmed, and they then completed their journey to Naples on land.

A spokesman for easyjet said: "We can confirm that flight EJU2889 from Milan to Naples diverted to Bari, following a lightning strike on approach to Naples, purely as a precaution and in line with our procedures.

"The aircraft is equipped to safely withstand lightning and at no point was the safety of the flight compromised.

"The aircraft landed routinely and passengers continued their journey to Naples by coach. EasyJet would like to apologise to passengers for any inconvenience caused.”

The picture of the damaged plane soon caught the attention of social media users.

In 2019, frightened passengers revealed how they had feared for their lives after the wing of their plane was also struck by lightning mid-flight.

A year later CCTV footage captured the scary moment a plane was struck by a lightning bolt during a thunderstorm near Birmingham Airport.

Have you had a holiday from hell? Share your story at [email protected]