The tools – known as magnetic bullets – are disguised to look like miniature torches and can be attached to key-rings. 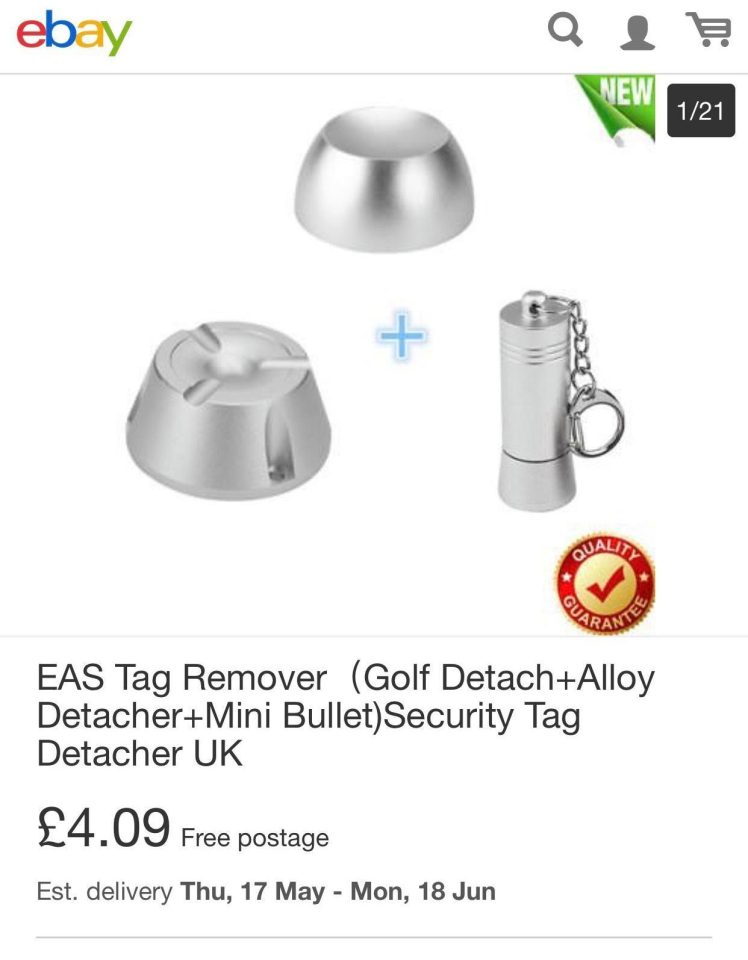 In a listing on the auction website, one seller boasts: “The variety of security tags is so large I cannot possibly list every variety.

“It does not work on every security tag. 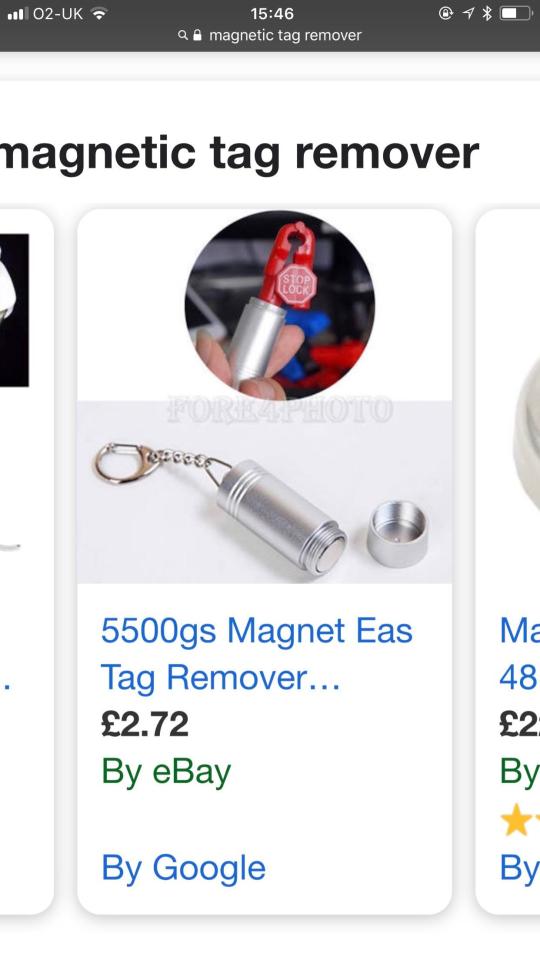 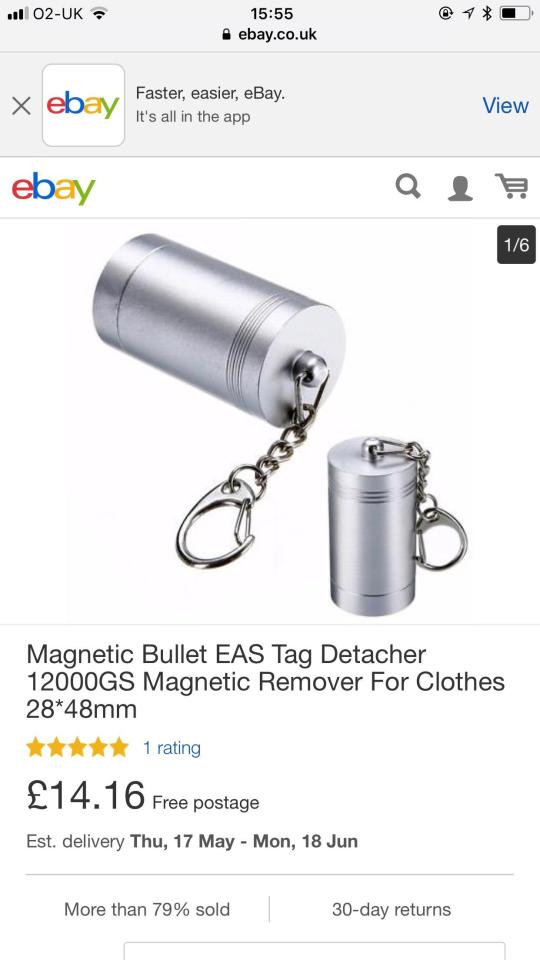 “I cannot be held responsible if you cannot open a tag not shown in the listing.

“If you cannot open a tag I will be able to explain how to use the detacher.

"In the majority of cases if you cannot work the detacher it is because you are using it incorrectly.”

When approached by The Sun, eBay removed the items from sale. 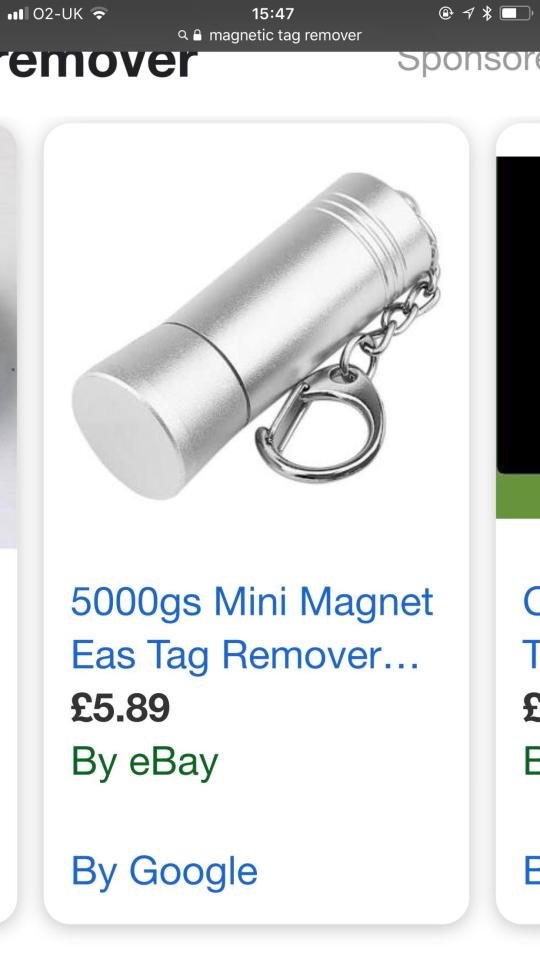 A spokesperson said: “We work closely with law enforcement authorities and sellers to make sure we have the right restrictions in place and we have banned the sale of these types of item on our platform.

“Listings that don’t comply with our policies will be removed.”

It comes as The Sun revealed this week how video-sharing giant YouTube was found to be hosting shoplifting tutorials.

One shoplifting video, viewed 202,125 times, showed how to line a bag with foil and clingfilm so that security tags did not trigger alarms. 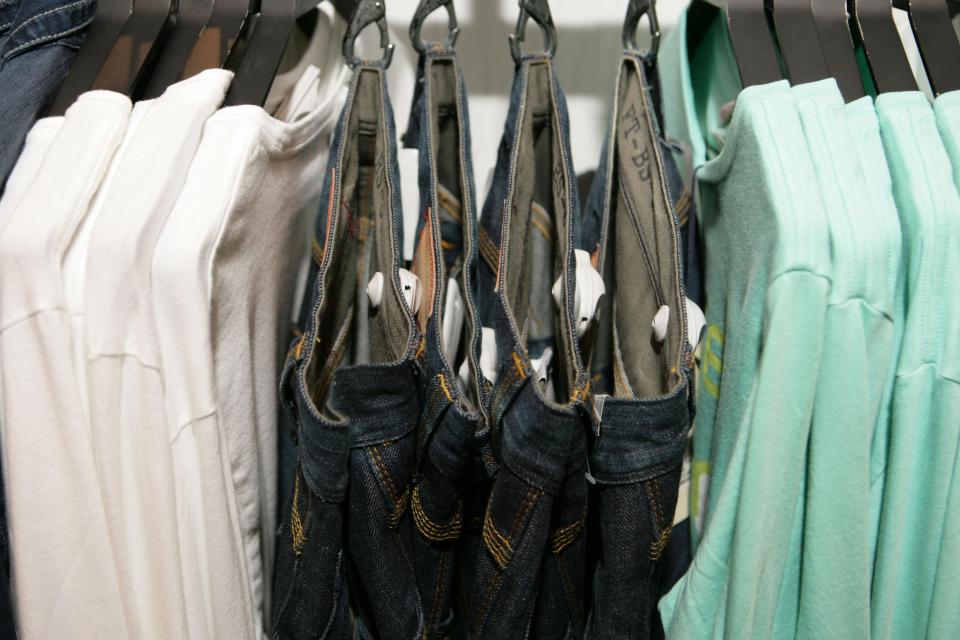 It stated: "This is very effective. Now you can go and steal as much as you can."

In February a shoplifter boasted he went on a stealing spree after watching a video tutorial on YouTube.

Joseph Burwood, 22, targeted four stores at Clarks Village in Street, Somerset. He told magistrates he "wanted to give it a go".

Burwood was sentenced to a 12-month conditional discharge.

Politicians want YouTube held to the same standard as newspapers and broadcasters.

"I congratulate The Sun on highlighting this."