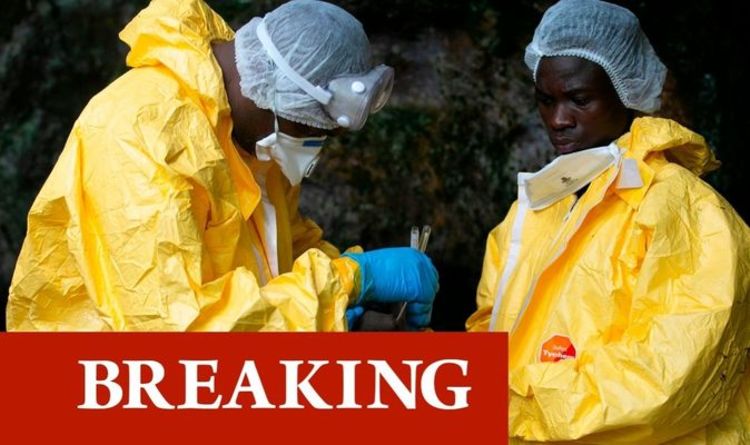 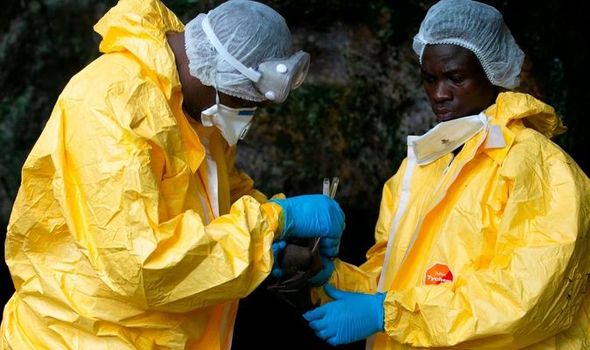 The World Health Organisation (WHO) has put six neighbouring African countries on alert after a resurgence of the deadly virus. WHO’s Margaret Harris said: “We have already alerted the six countries around, including of course Sierra Leone and Liberia, and they are moving very fast to prepare and be ready and to look for any potential infection.”

Guinea has recorded up to 10 suspected cases of Ebola and five people have died since the start of a new outbreak of the deadly virus in the southeast of the West African nation.

Guinea’s ministry of health said it had identified 115 contacts of the known cases in the city of Nzerekore in the country’s south east and 10 in the capital Conakry since the outbreak was confirmed on Sunday.

Unlike the deadliest known outbreak, which tore through West Africa between 2013 and 2016, Guinean authorities have said they are better prepared to stop the spread of the virus.

The Ebola virus causes severe bleeding and organ failure and is spread through contact with body fluids.

She said gene sequencing of Ebola samples from both Congo and Guinea to learn more about origins of new outbreaks and identify the strains was under way.

Dr Harris said: “We don’t know if this is down to Ebola persisting in the human population or if it’s simply moving again from the animal population but the genetic sequencing that’s ongoing will help with that information.”

Ivory Coast, Mali and Sierra Leone have launched plans to stop any potential spread and reinforced border controls amid fears a spread of the disease that could cripple their under-funded health systems which are also battling the coronavirus pandemic.

The second-deadliest known outbreak was declared over last year in Democratic Republic of Congo but health officials recorded a resurgence of the disease earlier this month.