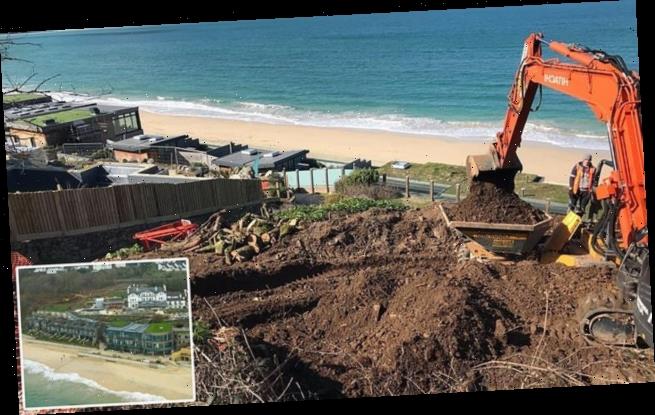 A Cornish eco-hotel where world leaders will meet for a G7 summit has felled trees and dug up shurbs to build new meeting rooms ahead of the event.

Carbis Bay Hotel in St Ives has faced fury from campaigners after mature trees were removed before planning permission was sought to create three rooms.

An application was submitted on Monday. If rejected, the work carried out so far will have to be reversed.

Several local councillors have now spoken out against the decision to remove the trees. 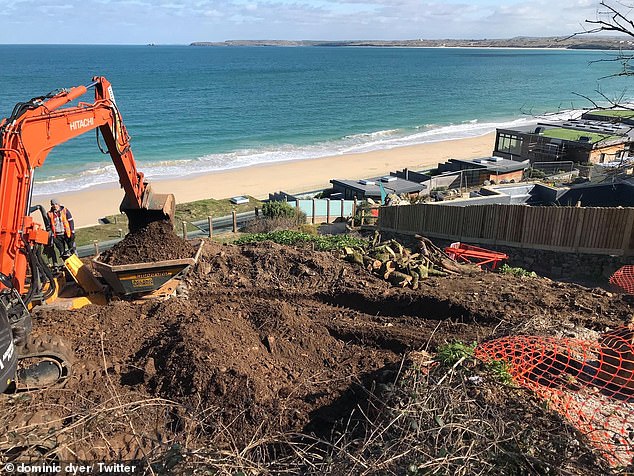 Cllr Luke Rogers said: ‘I think it’s a disgrace that this summit, which is meant to be looking at the effects of climate change and the environment, is being organised and hosted by people who obviously don’t give a damn about either.’

Cllr Kirsty Arthur added: ‘I have yet to see Carbis Bay Hotel make any statements about what they are doing and how it can be explained.

‘That would go a long way into people understanding why, although I can’t imagine any answer would be sufficient.

‘However, we need to remember that it’s their land and so legally not much can be done although the environmental implications and moral stance will reflect differently for all of us I’m sure.’ 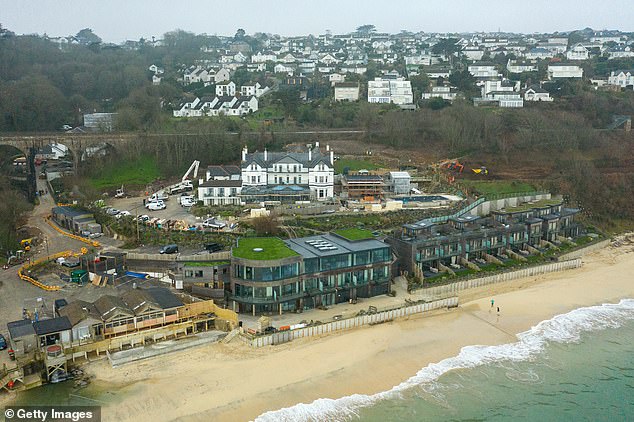 The move has been described as a ‘disgrace,’ by locals, but the hotel insists no ancient woodland was felled during the work. A planning application was submitted to build three meeting rooms on Monday

Despite concerns from the locals, the Government has confirmed it is not involved in the changes.

Andrew Mitchell, a local councillor, told The Times: ‘I wouldn’t want to be the planning officer, who is between a rock and a hard place.’

On their website, the Carbis Bay Hotel says they take environmental issues ‘extremely seriously’, and are ‘committed to reducing our carbon footprint’.

Objections were also raised by local councillors, who spoke out against the decision in statements shared online.

The estate won the AA Eco Hotel of the Year award in 2019-20, and has been praised for its energy centre, which saves 70 tonnes of carbon usage a year and eliminated the need for 12 boilers on site.

Carbis Bay Hotel, the AA Eco Hotel of the Year 2019–20, has an energy centre with two

In a statement, Carbis Bay Hotel said that a small area of self-seeded scrubland had been removed as part of works that commenced years ago.

They said: ‘The investments in the estate over recent years, including our on-site Energy Centre, have cemented Carbis Bay’s position as one of the UK’s best and greenest destinations, in one of the most beautiful bays in the country.

‘We appreciate that our passion and commitment to the environment are shared by many, and would like to address the misunderstanding on social media, and reassure our guests and neighbours about the area that we are working on at the moment. 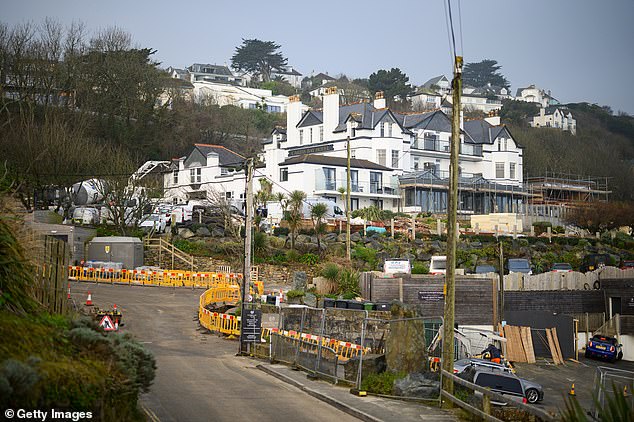 ‘Part of our long-standing plans for the estate included clearing a small self-seeded scrubland area to the side of the hotel, and work on this area started several years ago.

‘We can confirm this was not ancient woodland and there are no badger sets on this piece of land.

‘We are working closely with a local landscaping team to increase planting in this area replacing the scrubland with a plethora of trees and plants more suited to the coastal environment.

‘The South West Coast Path is fully open and there are no plans for this to be re-routed.

‘Our commitment to this important route through the estate includes the upgrading of the existing surface to improve access and safe passage to the beach.

‘Carbis Bay Estate is committed to sustainability, and dedicated to protecting the environment now, and for generations to come.’