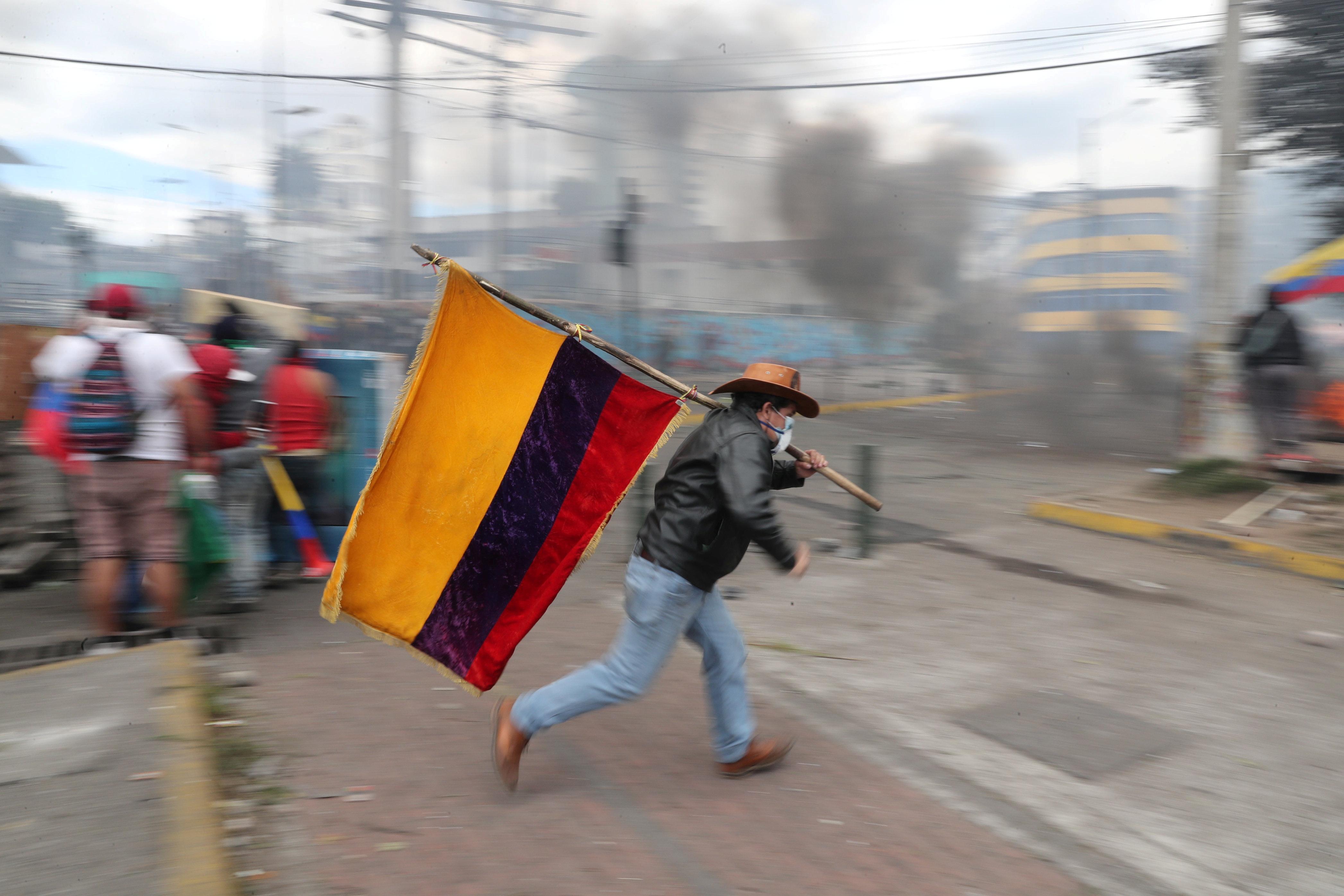 QUITO (Reuters) – Ecuador on Wednesday said it was investigating the arrival of an unusual number of Cubans carrying a special class of passport in the run-up to October protests in the Andean nation, as part of a probe of possible foreign involvement in the demonstrations.

President Lenin Moreno has accused leftist leaders, including the government of Venezuelan President Nicolas Maduro, of sending in agitators to fuel the violent protests. Maduro and others have dismissed that as a baseless conspiracy theory.

Interior Minister Maria Paulo Romo said that in the months before the protests, 250 Cubans traveled to Ecuador carrying “official passports,” a document issued by Cuba for travel on specific missions such as medical cooperation programs.

“This is noticeable, and we have requested detailed information from the (Cuban) embassy,” Romo said in a press conference.

Romo did not specifically say Cubans had been involved in the protests or in preparing them. But she said Cuban doctors who work in Ecuador as part of a medical cooperation program had been traveling to the country on official passports. She said the program, which Moreno has been winding down since 2017, was now being halted completely.

Moreno walked back a plan to eliminate fuel subsidies after indigenous activists clashed with security forces and demanded his resignation. He later accused the Sao Paulo Forum, a group of Latin American leftist activists and political parties, of plotting to stir up the violence.

His critics say he is attempting to deflect blame for an ill-conceived austerity plan that the population was unwilling to accept.