Ed Sheeran has made another addition to his expanding estate, a five-a-side football pitch, situated one field along from his not-a-swimming-pool ‘wildlife’ pond.

Dubbed ‘Sheeranville’ the 16-acre Suffolk pad has been growing month by month, with the star snapping up five properties in the area for a total of £37 million.

Now as the singer, 28, settles down for an ‘extended break’ from music to spend time with his wife 27-year-old Cherry Seaborn, a 110ft pitch has sprung up, complete with goals and markings. 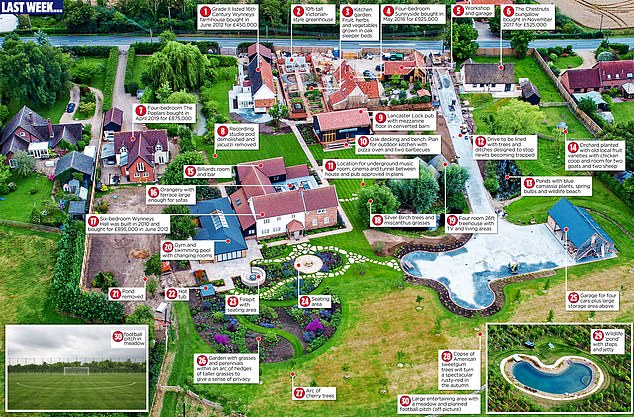 Additions made to the 16-acre Framlingham Suffolk estate by Ed Sheeran, with the recent addition of a five-a-side football pitch (bottom left)

On condition that the pitch must not be illuminated between midnight and 7am the football mad Ipswich Town fan’s request was granted planning permission in April.

A friend of Sheeran told The Sun: ‘Ed might be a global super-star but he’s a simple lad who loves his football. His idea of a good time is a kickabout with his pals — and with his big pitch he’ll be able to do that in the comfort of his own home.’

The football pitch is set back from the main road with trees shielding it from view, but other recent additions to the rural landscape made by the singer have attracted unwanted attention from disgruntled locals.

In March neighbours argued that Sheeran had misled planners after the £500,000 pond he built to ‘support nature conservation’ was reportedly being used as a swimming pool, with a jetty and ‘changing room’. 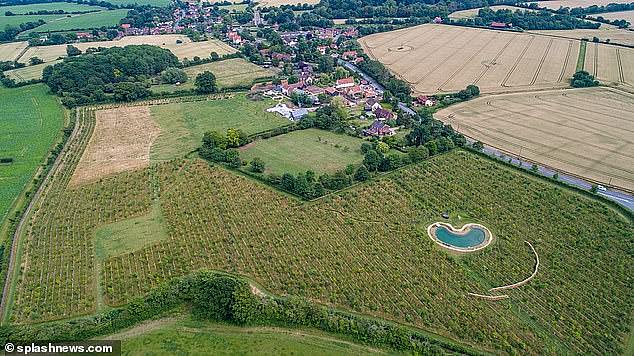 The star lodged proposals to build a 6.5ft high fence and gates last month. The fence will completely surround his recent property purchase as part of his wider plan to shield off his estate from prying eyes, locals claim 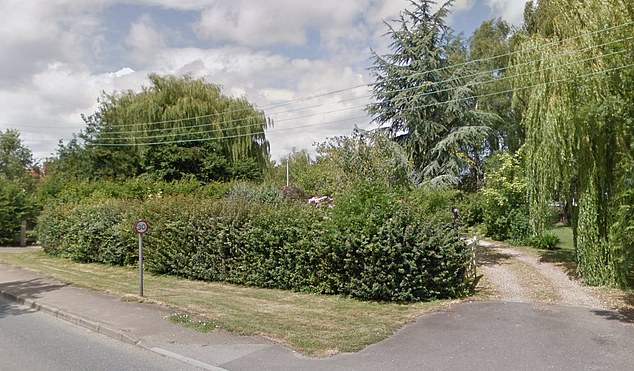 ‘The fencing is high enough to shield what is going on from the public eye and it ensures that Ed can have the privacy he needs,’ a neighbour of the star said (property where 6.5ft fencing is being proposed)

Shortly after the star submitted plans to build an ‘unsightly’ 6.5ft fence around the property to shield from prying eyes, upsetting neighbours once more.

Since buying his first farmhouse in 2012, near Framlingham in Suffolk, for £895,000, and the four surrounding properties subsequently, the star has lodged plans to build a 32ft chapel (refused), a private pub with a tunnel connecting to the main house (accepted), nature pool (accepted), underground music room and a 26ft tree house. 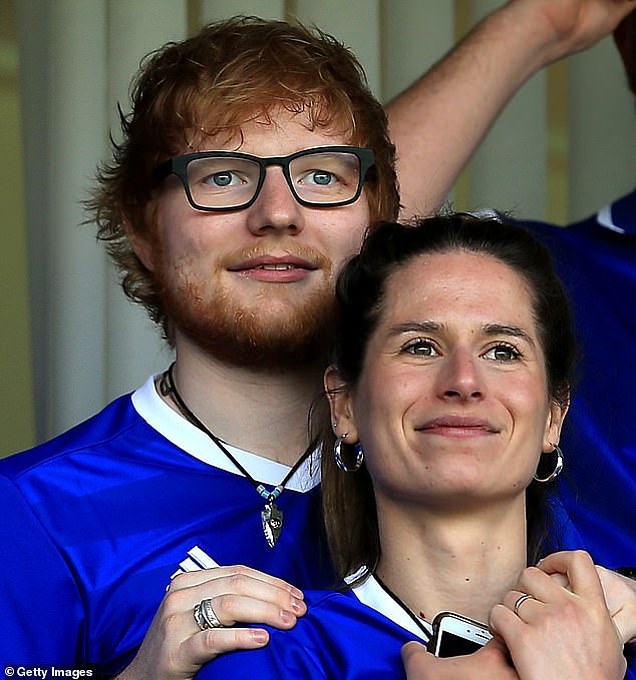 The property also has a tunnel to linking his main home, Wynneys Hall, to a barn that was converted into the Lancaster Lock pub – named after his wife Cherry Lancaster Seaborn (Pictured: Ed with wife Cherry Seaborn) 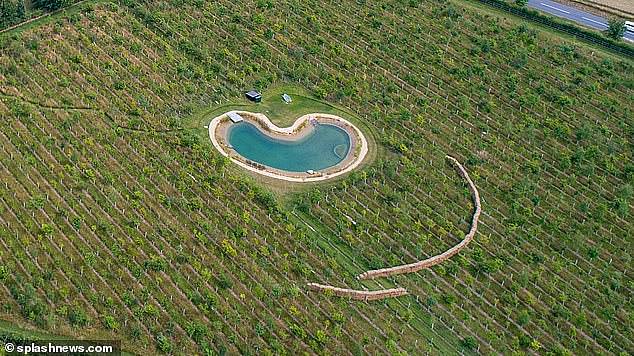 Photos showed bales of hay used as a shield to stop neighbours seeing the wildlife pond on his estate they fear he is using as a swimming pool, in July

Ed has performed more than 250 shows during his two-year Divide tour, spending 893 days away from his home-town, but says he is now home to stay for ‘a couple years’.

Talking at his first homecoming show to the crowds last month, he said: ‘It feels so great to be home, this is wicked.

‘I did do the typical musician thing where you think that you have to move to LA, so I moved to LA and hated everything about it.

‘But I’ve lived back here for sort of, like, seven years and I just love being here and I’m so happy to be able to end the tour here.’ 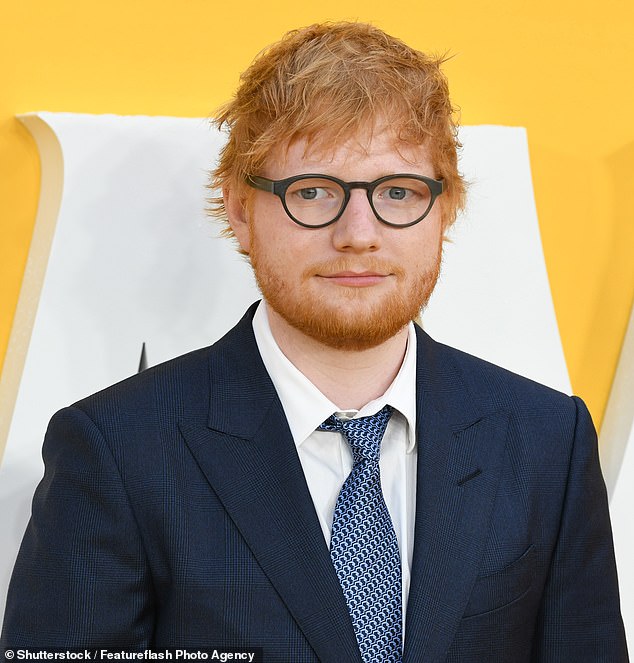