Bizarre footage reveals what appears to be a large black object plunging into Earth straight from the middle of a rainbow. 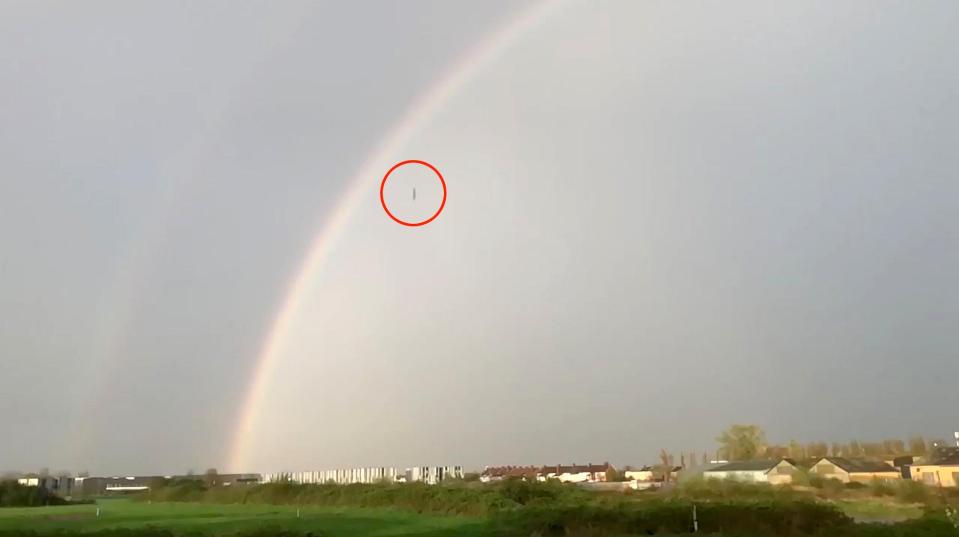 Some confused viewers are likening it to scenes out of the movie Wars of the World, where aliens fall to Earth in pods during lightening storms.

But others are coming to more mundane reasons that don't draw on the supernatural or the Hollywood blockbuster.

One viewer wrote: "It's a bird," but others believe the object is "way, way, too big to be a bird."

The footage was caught by local resident Megan Taylor, who had her camera out filming a storm over the historic market town of Bridgwater. 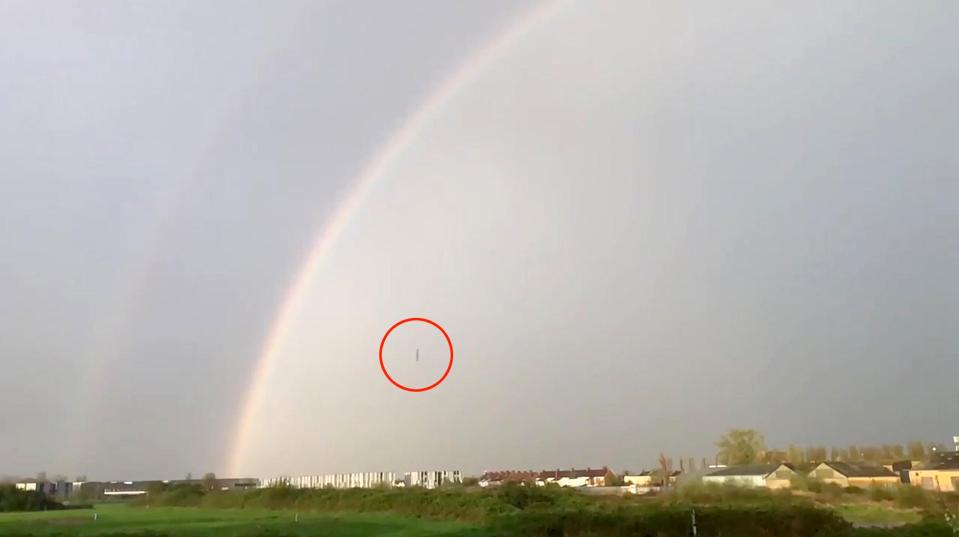 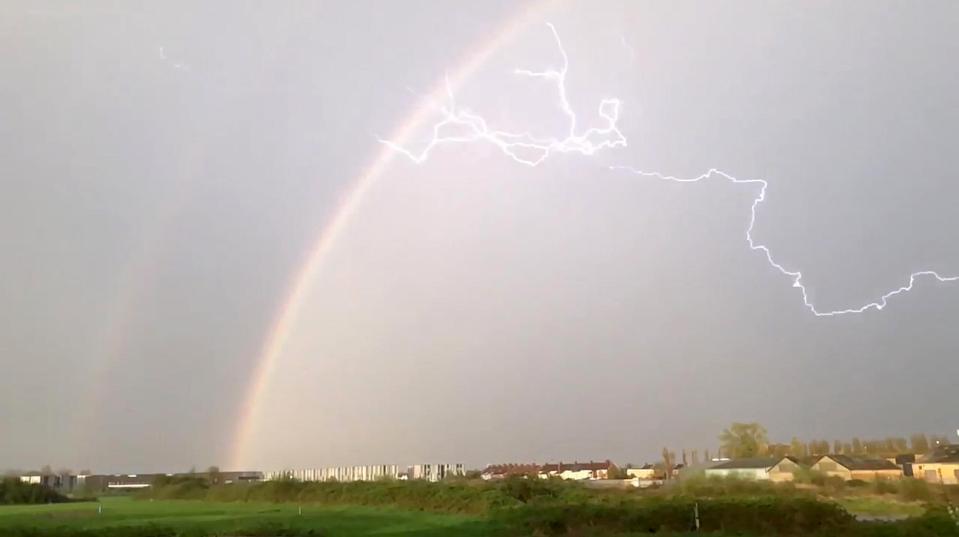 As the lightning crashes across the sky, it could be easy to miss the mysterious object crashing down on the ground.

But eagle-eyed Megan spotted it and was bemused to watch the footage back and spot the black object falling from the sky.

She said: "I've never seen a storm quite like it, and I've definitely never seen something falling to Earth like that either.

Nigel Watson, a UFO expert, told the Mail Online that although the video does make it look like "one of the Martian cylinders in The Wars of the Worlds," the likely explanation is "something mundane."