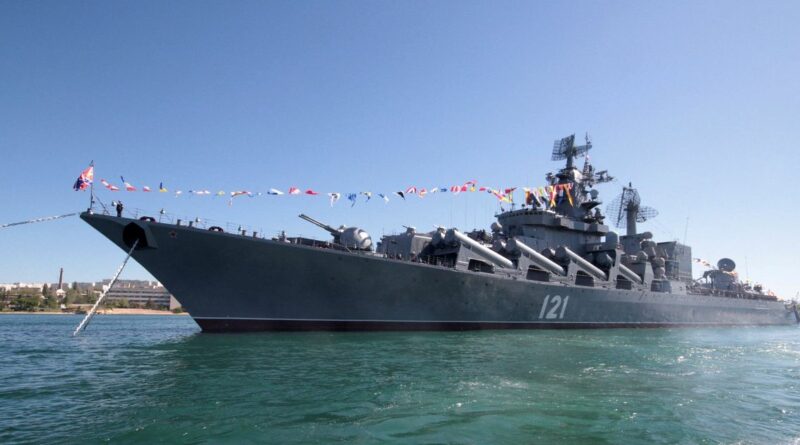 The pride of Russia's Black Sea Fleet has gone up in flames as satellite images show other vessels trying to rescue crew members on board.

Images of the northern Black Sea taken with a radar satellite shows the Soviet-era Moskva warship, which was struck by two Neptune cruise missiles fired by Ukraine forces.

The report added that "based on analysis by multiple people, we are confident that this shows Moskva’s final hours".

They also added that the position of the huge warship matches its previous location patterns since it was positioned off the coast of Ukraine at the start of the Russia-Ukraine war.

The location was also said to be 'very close' to where it was spotted in other satellite imagery on Tuesday, April 12.

The image also found other vessels in the water around the Moskva, suggesting Russia launched a rescue mission to save the crew of the ship before it sunk following the fire on board and exploded.

Moscow has not acknowledged the Ukrainian attack or released any information on its casualties.

However, sources in Kyiv have claimed that all crew were killed in the attack on the ship as the Kremlin's rescue mission allegedly failed due to stormy weather at the time.

The news comes after a ex-Royal Navy chief claims that the naval warfare training British forces gave to Ukraine could have been the key to helping defeat Vladimir Putin's prize Moskva.

Keep up to date with all the latest news stories by signing up for one of Daily Star's free newsletters here.

Admiral Lord Alan West, a Falklands War hero, made the claims after Russian authorities admitted the vessel had been sunk on the Black Sea.

According to reports, Ukraine claims to have hit the vessel with a cruise missile after using drones to distract the 12,490-tonne warships defences.