Crack shot! Egg thrower scores direct hit at 40ft as he returns fire at men on a balcony ‘who had been hurling coins and food at people walking past’

Two friends from Liverpool decided to launch eggs at a duo on a balcony who they claim pelted passing pedestrians with coins and food.

The thrower even manages to hurl an egg around 40ft through a partially open door to get a direct hit at one of the men.

Sam Walker, one of the ‘egg vigilantes’, claims the pair on the balcony got a taste of their own medicine after they showered passersby in Widnes, Cheshire, with food. 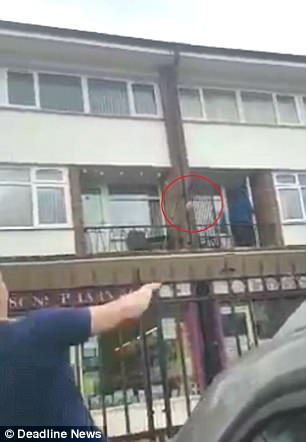 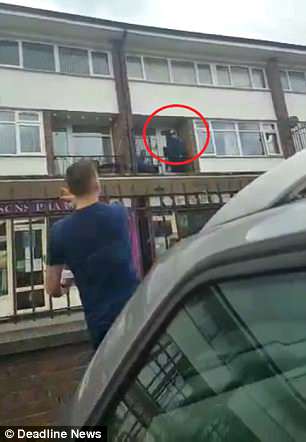 Sam Walker and a friend (pictured), both from Liverpool, can be seen throwing eggs towards two men who had allegedly been hitting passersby from their balcony with coins

Sam Walker and a friend – who has not been identified – were shopping in the town on Saturday when they saw the duo.

The footage, which has been viewed almost 460,000 times, begins with the two men, wearing dark jackets, sitting on a balcony above a shop.

On the street below, Sam films as his friend curls his arm back to prepare to launch the egg at the men.

He can be heard saying, ‘Come here then, come say something’ as he throws the item at the two men. 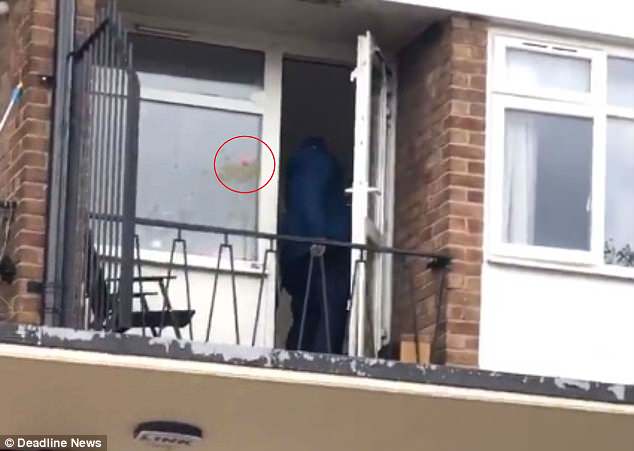 The man on the ground prepares to launch a second egg – and throws it so hard he almost loses his balance and ends up teetering on one leg.

As the two men head for cover the egg sails through the air and follows them through the door to hit one of the pair in the back.

Speaking after, Sam said: ‘We pulled up at the shops and they were throwing bits of food and one pence coins at people who were walking past. 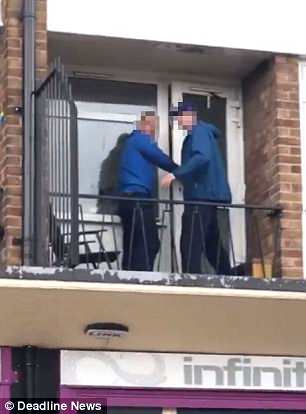 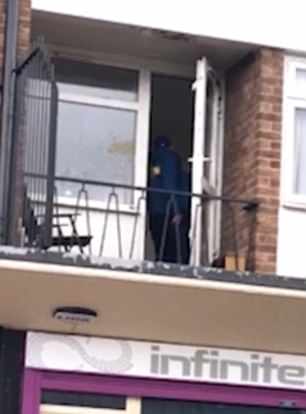 ‘So the video camera comes out and they get pelted with eggs. They run in and never seen again. They were egged at least six times in total. You can see the egg on the windows and on them.

‘There’s one rule I always go by. You never target…people less fortunate than yourself. These guys were stood on a balcony just targeting normal everyday civilians, so had to get their karma.’

Social media users were quick to comment with one writing: ‘Second egg was a headshot. Haha go on lad.’

Others said: ‘Wouldn’t have a snowball fight with this fella, what a shot.’

‘He should be playing for the England cricket team with that kind of throw.’

‘Judging by the second shot there’s a pitching career in Major League Baseball waiting for you.’

Another added: ‘You should be in the Olympics mate with accuracy like that,’ and one said: ‘Some serious marksmanship this.’