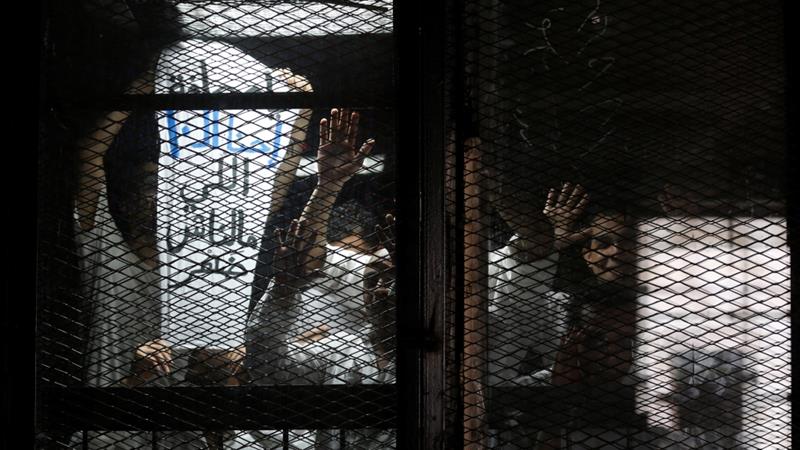 Rights groups and the UN have made numerous calls since the coronavirus outbreak for Egypt to improve conditions for prisoners, but the country has done little to address the crisis, Human Rights Watch (HRW) says.

At least 14 prisoners and detainees have died in Egypt, most likely from COVID-19 complications in 10 detention facilities as of July 15, according to HRW’s latest report published on Monday.

Prisoners have shown COVID-19 symptoms, but have had insufficient medical care and no access to testing. Authorities have done little to isolate prisoners who show symptoms and have further imposed a strict information blackout amid the pandemic, the New York-based rights group said.

The veteran journalist was arrested in June on charges of joining “a terrorist group”, spreading false news, and misusing social media after appearing on Al Jazeera Media Network, which is banned by Egypt.

An Egyptian national, Hussein was arrested in December 2016 on “dubious charges”, according to HRW, shortly after his arrival in Egypt on a personal visit.

Last year, an Egyptian court rejected an order by the state prosecutor to release him. He remains detained in Tora Tahqiq prison, one of Egypt’s most infamous facilities, under inhumane conditions.

Amr Magdi, a researcher at Human Rights Watch, told Al Jazeera that, so far, three inmates have died of COVID-19 in Tora Tahqiq prison, as well as a prison employee.

“This is very concerning,” Magdi said. “We still call for [Hussein’s] immediate release, and it is extremely outrageous that he has even exceeded the two-year limit for pretrial detention in Egyptian law, which is already abusive.

According to the Geneva-based Committee for Justice, there are 149 suspected cases of coronavirus in Egyptian prisons and detention facilities.

In May, the World Health Organization released a joint statement with UN agencies stating the “health response to COVID-19 in closed settings alone is insufficient” and urged governments to consider prisoner releases.

A month prior, the UN urged Egypt to release prisoners “convicted of non-violent offences and those who are in pretrial detention who make up just below one-third of those in jail”.

Official records show Egyptian authorities have released about 13,000 prisoners since late February, but that number is not enough to ease overcrowding, according to HRW.

Among the prisoners freed, some include those convicted of murder and other serious crimes.

“They have released several thousand prisoners, but these tend to be people who have a short time left to serve in their sentences,” Joe Stork, deputy Middle East and North Africa director at HRW, told Al Jazeera.

“What is most notable is that these releases did not include any of the people arrested on political grounds and who are particularly the ones who have not been tried. We know people who have been … in custody under so-called investigation for months and months.

“They haven’t been accused of anything, haven’t been charged with anything, they’ve had no trial. Notably, none of them, or very few of them, have been released,” Stark said.

“Clearly, [the Egyptian authorities] are not listening.”

According to international human rights law, prisoners should receive the same standard of healthcare that is available in the community.

Egyptian prison laws also state that prison doctors must protect inmates from “epidemic diseases”, including providing medical quarantine and to immediately inform a prisoner’s family in case of serious illness.

But a prisoner at the Tora Tahqiq prison told HRW the protection measures taken by authorities were merely “decorative”.

In March, the prison administration offered PCR (Polymerase Chain Reaction) tests for two inmates only, and no other tests were provided even though several prisoners developed a respiratory illness.

Since a ban on prison visits was implemented on March 10, thousands of inmates have been kept in incommunicado detention with little if any communication with lawyers and family members, as part of an “information blackout”, according to the report by HRW.

“There are some notable cases of brothers and sisters going to get news of the health of their loved one in prison and not being able to get any information,” Stark said.

Over the years, Egypt has developed a track record for its lack of judicial or independent oversight.

HRW noted since President Abdel Fattah el-Sisi took power in 2013 in a coup, most likely hundreds of prisoners have died in detention, many following torture or inadequate care.

But despite the warnings issued by the UN and rights groups, countries worldwide have done little to apply pressure on Egypt to comply with international law.

“We haven’t seen too much interest on the part of other countries – the US, Italy, Germany, France, UK – countries that have big arms deals with the Egyptian military,” Stark said.

“So far, I’m not aware of them making any efforts in this area.” 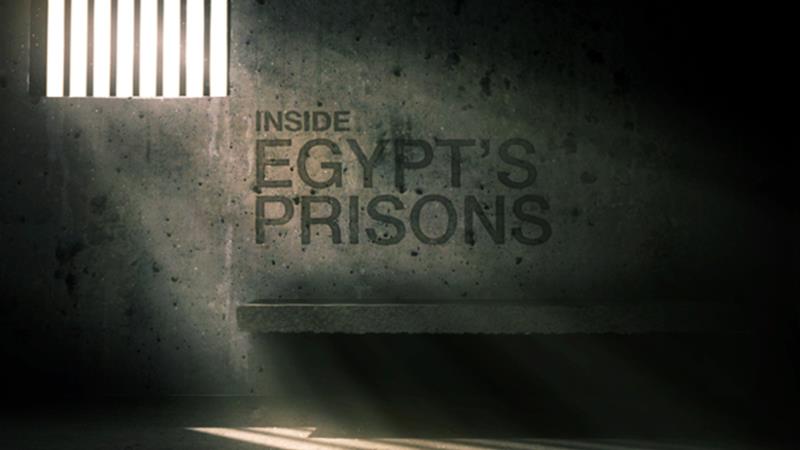