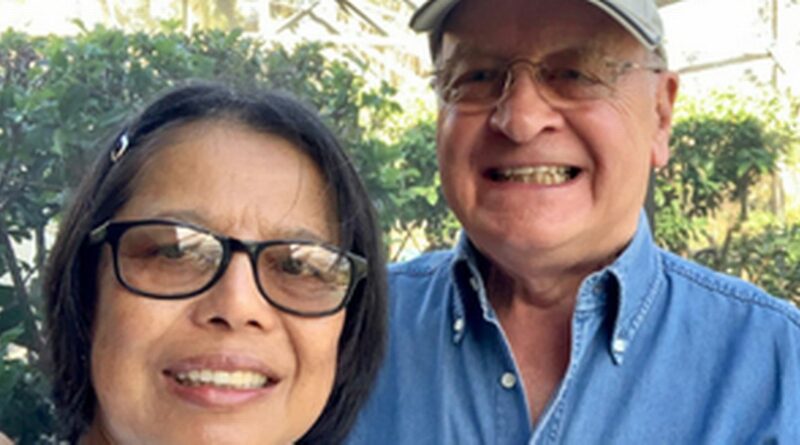 An elderly British couple spoke of their horrific experience being caught in the midst of Hurricane Ian after holidaying in Florida.

Chris and Sue Lawson, from Hull, made the trip stateside to Lee County to visit Chris' lifelong friend.

After reports that the deadly hurricane was set to hit Florida with Miami in danger, things took a turn as the hurricane changed course towards Fort Myers, near where they were staying.

The destruction the hurricane caused was devastating, leading to 100 deaths, at the time, alongside the demolition of various homes and businesses.

The couple were then forced to evacuate to a gym along with around 300 other people where they were facing days of no hot food, water or power.

Chris said: "We were there for a day and a half in awful conditions and only bottles of water to drink, so we made the decision to drive back to the house and brave the weather there.

"As it got later, you couldn't even see through the rain and the wind was screaming- we were waiting for the roof to be ripped off."

Days of escalating conditions meant that the area began to shut down with no access to water, hot food or power as Chris said: "For four days, we were in complete darkness".

"Without power, we were forced to wash with baby wipes in the dark. We could hear the steel shutters on the outside of the house being ripped off but compared to the neighbours, we fared quite well.

"We passed a huge 7/11 store that was just in splinters, nowhere was open to get food or petrol, and no card machines were working either.

"Funnily enough, the only place open was a McDonald's! It was our first hot meal in four days."

Chris says that amid the town beginning to get back on its feet, he has never witnessed community spirit like he did in Florida.

Chris praised the work of the authorities as he said: "Some people were lucky but a lot were not. However, I need to praise the sheriffs and rangers for just being absolutely fantastic.

"They were the most kind and caring people you could wish to meet, and put everyone in that town before themselves. We went to [a] church on Sunday and it was packed full of people thanking God they were still here."