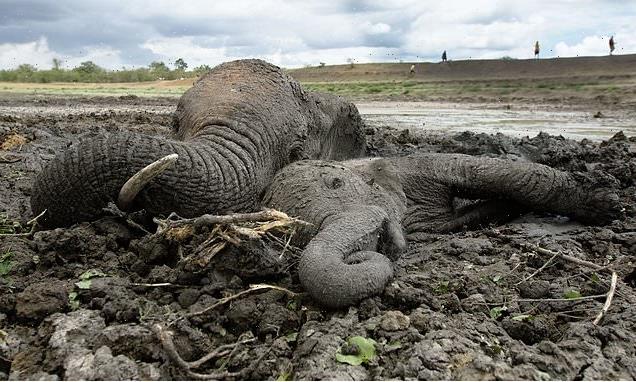 Don’t be such a stick in the mud, Mum! Elephant and her calf are pulled to safety after getting stuck in wet ground

Heartwarming images have emerged of the moment an elephant calf and his mother were rescued by conservationists after they became trapped in mud.

The unfortunate animals had been stuck for two days after they ventured into soft, boggy terrain, with their weight pressing down into the earth and causing them to sink below the surface.

It is believed the pair got stuck while on a quest for water – a task which becomes increasingly fraught with danger during a drought because it forces the animals onto treacherous terrain.

The mother elephant is thought to have lost her footing on the sodden ground, and while trying to haul herself back to her feet only managed to force herself further into the earth.

Her calf, trying to rush to her aid, also slipped and became stuck as his feet plunged below the surface.

After hours of trying to free themselves to no avail, the animals were exhausted and were unable to go on, resigning themselves to their fate.

Fortunately, members of The Sheldrick Wildlife Trust – an organisation in Kenya which operates one of the nation’s largest orphan elephant rescue and wildlife rehabilitation programmes – descended on the scene and dove into the mud.

Knee-deep in the marsh, workers shovelled dirt away with their hands and loosened the earth just enough so the elephants could be dragged to freedom by a set of huge straps and ropes, attached to the back of a tractor.

After much hard work on the part of the conservationists, the elephants were pulled free and were seen triumphantly trotting off back to freedom. 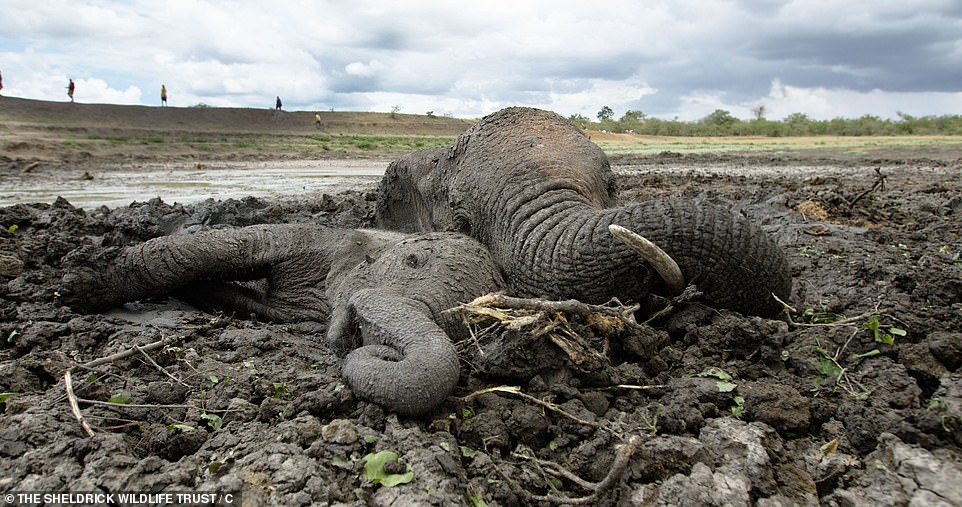 An elephant and her calf became trapped when they sank into soft, muddy ground near a dam in Kenya 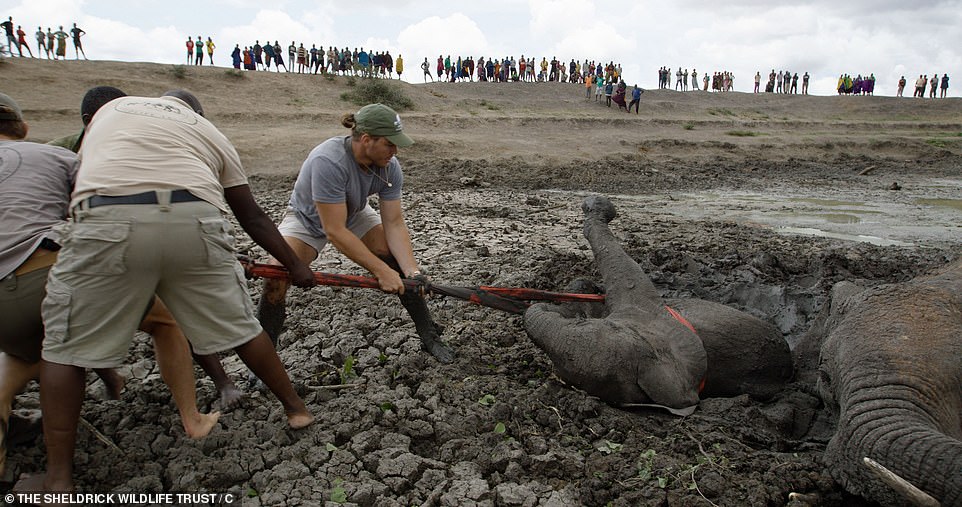 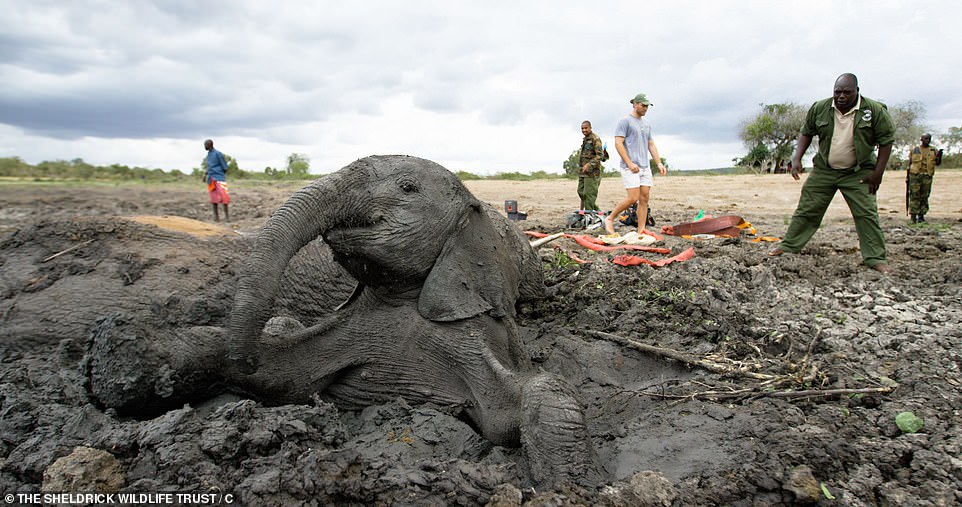 Conservationists and volunteers rallied together to free the majestic animals, using large straps and ropes to pull them free 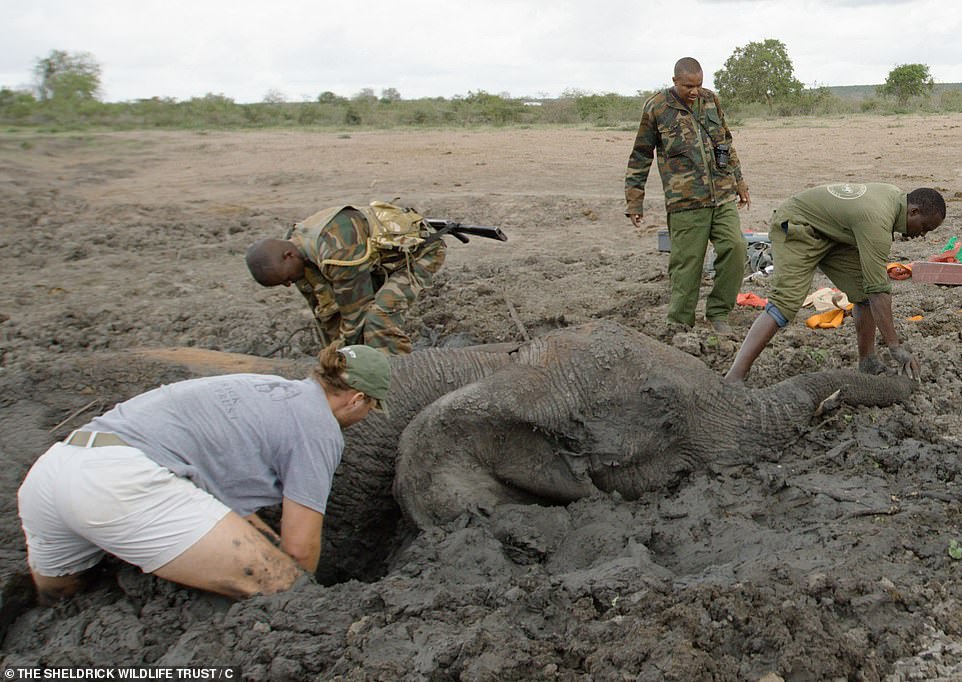 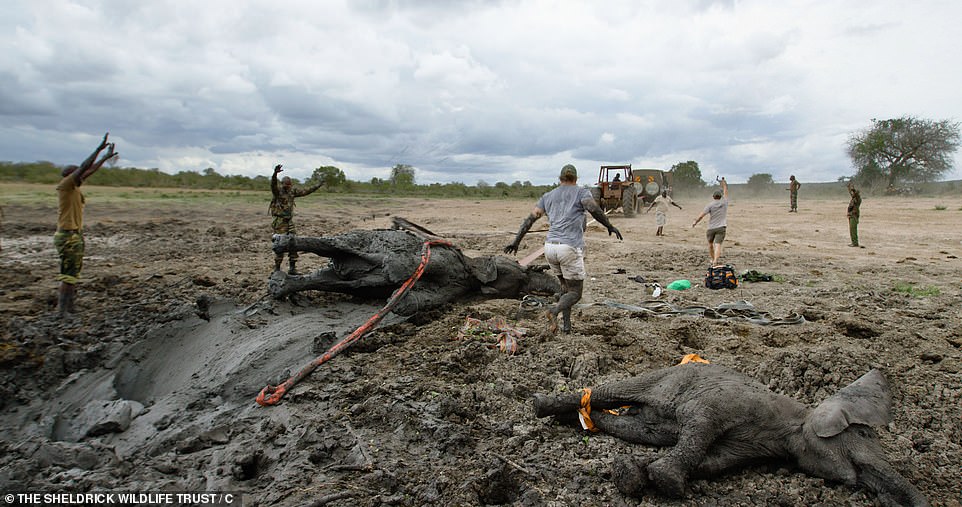 Once they had managed to free the beast from the mud, they attached a large strap to her body and pulled her free with a tractor 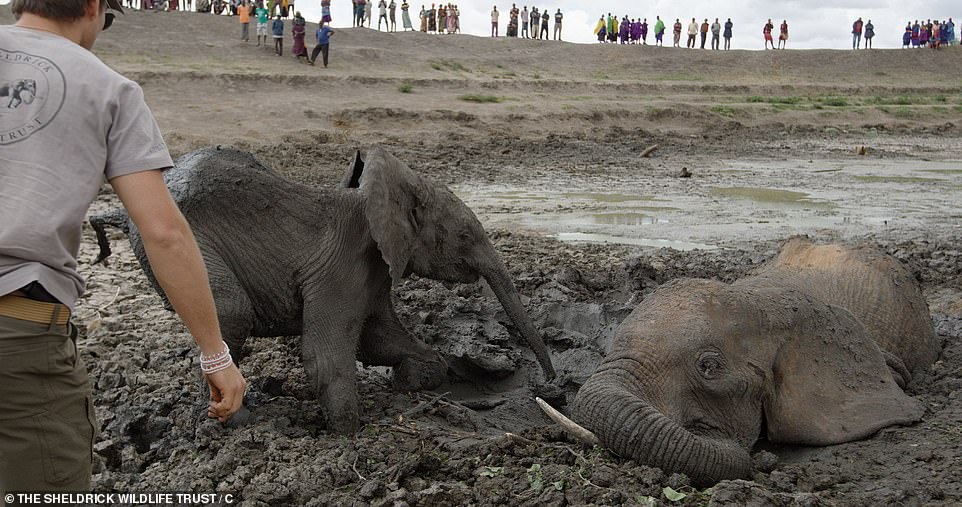 A conservationist looks on as the baby elephant, just freed from its predicament, runs to help and comfort its mother who remains trapped 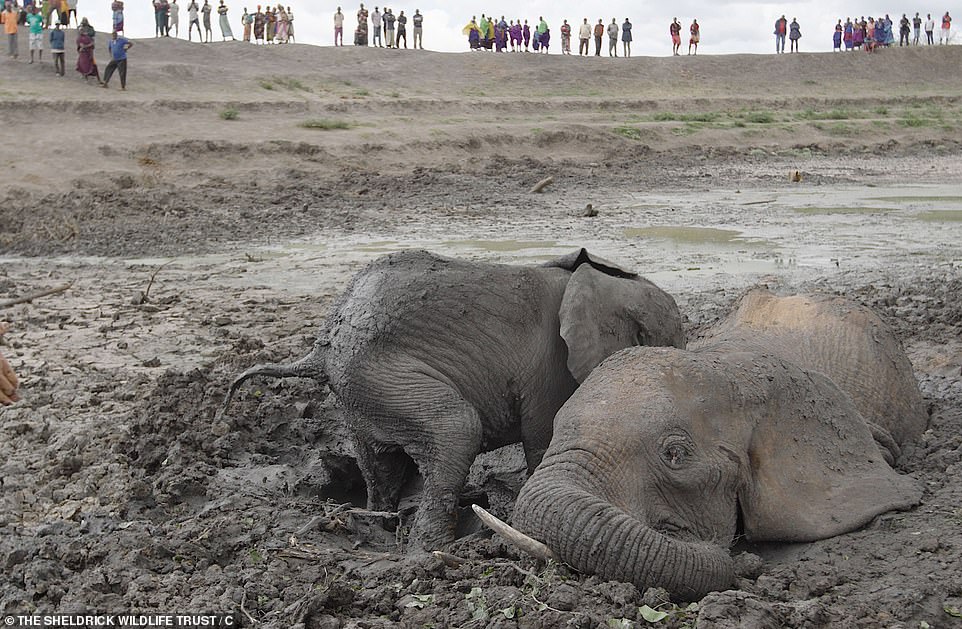 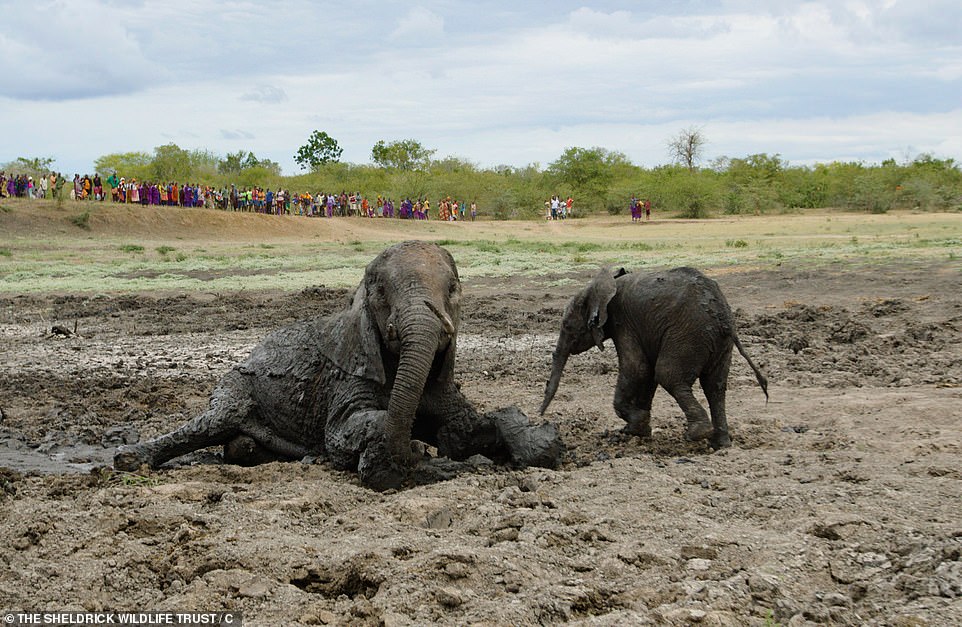 After much toil on behalf of the conservationists and volunteers, the pair were freed from the soft ground and pulled to stronger terrain

The pair were ultimately freed successfully and without injury thanks to the work of the conservationists and volunteers. They can be seen triumphantly trotting off back to freedom