Closing arguments in the criminal case against Theranos founder Elizabeth Holmes will begin Thursday as jurors weigh whether she intentionally defrauded patients and investors in the blood-testing startup.

The closing arguments will give each side a crucial opportunity to craft a cohesive narrative that makes their case and to re-introduce key pieces of evidence that the jury may have forgotten in the nearly four months since the trial began.

“It’s closing where you get to really argue your case,” Cardozo law school professor Jessica Roth, who specializes in corporate & white-collar criminal law, tells Yahoo Finance. “So they are very important.”

The stakes in the case are high: Holmes faces 11 counts of fraud, each of which carries up to 20 years in prison. Holmes was indicted back in 2018 after Theranos imploded under regulatory scrutiny following revelations that it could not actually perform hundreds of diagnostic tests on a few drops of blood as it suggested to investors and the public. Theranos COO and Holmes' onetime boyfriend, Sunny Balwani, faces the same charges and is scheduled to face trial next year.

Holmes made the risky move of testifying in her own defense in the trial's final days, portraying herself as a hardworking entrepreneur who believed in her pitch and also testifying that she endured abuse from Balwani. While that testimony could influence the jury's decision, experts say the closing arguments will also carry significant weight. 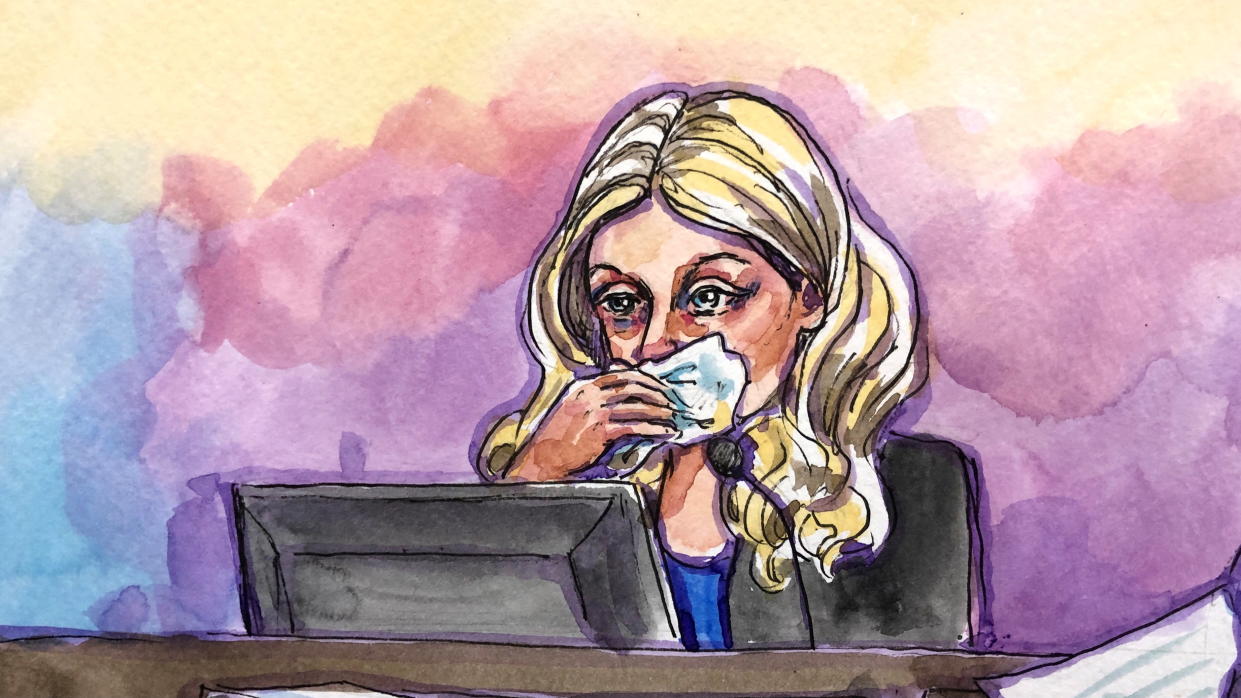 “Witnesses don’t come in a logical order and often they come in bits and pieces that need to be put together,” says criminal defense attorney and former white collar federal prosecutor Elisha Kobre. “So the jury doesn't really get the full picture until the lawyers make their closing arguments.”

'The bell has been rung'

Michael Weinstein, a former Justice Department trial attorney, says he sees closings as an opportunity to help the jury assimilate the larger mosaic of each side’s narrative. However, he argued that jurors usually have a verdict in mind before those closings begin.

“Traditionally, at closing arguments, it's rare that a jury is going to go in with a guilty verdict and come out not guilty,” Weinstein says. “However, 10 minutes after they close the judge is going to instruct them and say: ‘You can disregard all the lawyer’s arguments, and what you need to focus on is the evidence.’”

However, closing arguments can help jurors bolster their own arguments when trying to persuade fellow jurors that a particular verdict is called for.

“By the end of trial — especially after a trial the length of the Holmes trial — almost all of the jurors will have made up their minds as individuals,” says white collar criminal defense lawyer Jack Sharman. "In a closing, you want to confirm and reassure those jurors who have moved to your camp and away from your adversary’s. You want to give your jurors ammunition — arguments, exhibits, witnesses — to use against your opponent’s jurors while the jury deliberates in the jury room.”

As reinforcement, each side will likely revisit key evidence introduced during witness testimony. However, one significant part of Holmes' defense could get blocked from closings and deliberations: The government said it would request that the judge strike Holmes' testimony claiming sexual assault at Stanford University and alleging Balwani controlled and abused her, according to a report from The Wall Street Journal.

“The lawyers can only rely on the evidence that's been admitted,” Kobre said, “and if the judge excludes the evidence, the lawyers won't be able to say it.”

Weinstein explains that even if the judge excludes or limits jurors from considering Holmes' abuse or sexual assault claims, the testimony remains in the jurors' minds — making it uncertain whether it will carry influence.

“In reality, they heard it already. The bell has been rung,” Weinstein says.

The testimony they heard from Holmes, in fact, will likely play a large role as jurors decide whether to convict her. In cases where a defendant testifies, the verdict typically turns entirely on whether the jury believed them, according to Jacob Frenkel, a former federal prosecutor.

"If the defense persuades even one juror not to vote to convict, which may fall short of an acquittal, that alone is enough to prevent a conviction. If the jurors are unanimous not believing Holmes as to just one count, then a one-count conviction would result in a significant term of incarceration," Frenkel said.