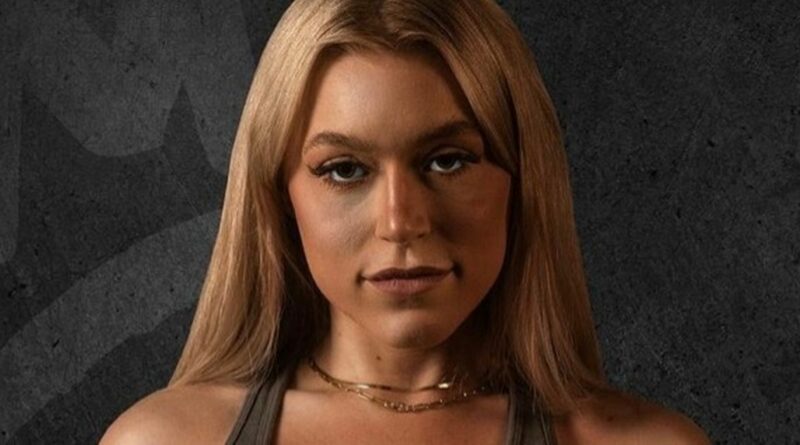 The pair are set to clash in a highly-anticipated bout on Saturday (July 16) at the 2,500-seater O2 Indigo in London.

READ MORE: OnlyFans' Elle Brooke says she's like Conor McGregor as being a 'kn*b' is in her nature

And it appears that their influence has rubbed off on her.

Speaking exclusively to the Daily Star ahead of the fight, she said: “I really need to destroy her.”

Elle was due to face fellow adult start Astrid Wett, but she pulled out last month saying that the bout wasn't being billed how she would have wanted, and that she wanted to be “respected”.

That didn't stop Elle wanting to go through with a fight against a new opponent, however.

“There's no real hatred, there's no BS (with AJ),” she explained.

“That's just how I'm built and how I've been trained, to be honest."

Elle, 24, has been training hard for months, and seems to have taken to the sport of boxing pretty well.

Her TikTok and Instagram feeds and stories are full of training videos and photos, showing the intensity of her regime.

And even this week, when temperatures are set to hit more than 30c, she has still been out training in full force.

Speaking to the Daily Star right after an intense session, she said: “I'm a bit exhausted – it's the heat as which is just making it a bit harder this week.

“It's like the worst time to do a training session.

“I've trained five times as hard as anyone else on that fight card, and that sounds so big headed, but it's absolutely true.

“I don't think anyone else has taken it as seriously as me, so I really hope that shines through and everyone's gonna think 'f***, Elle can actually box'.

“Despite the change of opponent, nothing's changed tactically in how I've trained – my eating and everything like that has been the same, despite the three week gap without an opponent when I wasn't necessarily motivated to keep trying as hard as I can or dieting.

“That was a dark period of my journey, where I was kind of lost and essentially I didn't have a goal, so I found it really difficult to stay motivated.”

Elle's diet has been as professional as her boxing training.

She has cut all carbs, and has been on a high fat, high protein diet.

Pointing out that she wasn't exactly unhealthy before, she did have a bit of a shock when she explained her normal life diet to a nutritionist.

“I started naming everything I was eating and she was like 'your diet is not necessarily bad, but you're just eating a lot of it',” she laughed.

“It was so embarrassing, but now it's really really strict, so if anyone speaks to me this week, I will be very grouchy.

“I actually text my whole family telling them not to ask me stupid questions this week, like, 'are you excited for the fight?'

“Of course, I'm excited for it, you know, like, stupid chitchat.

“They want to know who you are, like how you're doing and what place you're in, but when you're trying to preserve energy and keep the right mindset, the last thing you need is little questions when you're just in the mode.”

Speaking of food, she did admit that she is gagging for a KFC Tower Burger to be brought to her post-fight.

When the fight is finished, if all goes well Elle has her eyes set on the next fight – and even more after that.

But she hinted that it might not always be in a boxing ring.

Ruling out UFC, she pointed to former UFC champion and current WWE star Ronda Rousey as a reason why she might look to end up in the world of sports entertainment.

She said: “I think if you threw anything else in the works right now, my head would explode, let alone kicking and grappling and everything like that.

“But, you know, look at Ronda Rousey – she was in UFC, and she's a wrestling now.

“So I won't rule anything out, but if I can nail down the boxing now and focus on one thing and absolutely smash that thing, then that would be my dream come true and what I'm kind of trying to achieve.”