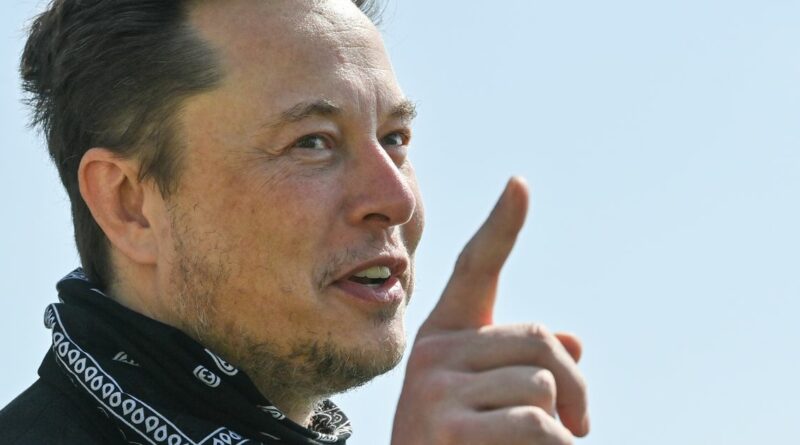 Reacting to a simulation of an asteroid strike on New York City, SpaceX boss Elon Musk has warned that an impact from one of the largest near-Earth asteroids would be “game over” for humanity and says it's a matter of "when, not if" doomsday comes.

The asteroid 433 Eros is the second-largest known near-Earth object.

At over 10 miles across it’s about five times larger than the space rock smashed into the Yucatán Peninsula in Mexico and led to the extinction of the dinosaurs.

READ MORE: Elon Musk says ticket to Mars would cost about £76,000 and 'almost anyone' can go

A chilling size comparison from Twitter astronomy fan Massimo showed how large Eros is compared to America’s largest and most densely-populated city. While Eros is currently closer to Mars than Earth, a paper published in scientific journal Nature by astronomers Paolo Farinella, Patrick Michel and Claude Froeschlé predicts that it will one day represent a potential threat to Earth.

By the time that happens, the humans of that era are likely to have the technology to deflect the planet-killer. Or, Musk suggests, we might have a permanent colony on another planet.

The Tesla and SpaceX founder has repeatedly spoken of his plans to colonise Mars.

In August this year, he reiterated his plan to establish a base on the Red Planet, writing in a Chinese scientific magazine that his "greatest hope" is for mankind to "create a self-sustaining city on Mars."

He added the said he's aiming for SpaceX to "build at least 1,000 Starships to send groups of pioneers" to the planet.

As long ago as 2017, Musk said that there were only two possible futures for humanity.

On one of them, he said “we stay on Earth forever and there will be some eventual extinction event”.

“I do not have an immediate doomsday prophecy,” he stressed, “but eventually – history suggests – there will be some doomsday event”.

At the moment, Musk wrote, human civilisation is a "faint little candle…a shimmering light in the void" and that if we hope to survive in the long term we will need to become "multi-planetary creatures”.

He says that his three main ventures; Tesla, Neuralink and SpaceX, are all intended to work together to ensure the survival of humanity.

He wrote: “I want to do everything we can to maximize the use of technology to help achieve a better future for humanity.

“To that end, any area that contributes to a sustainable future is worthy of our investment.

“Whether it's Tesla, Neuralink, or SpaceX, these companies were all founded with the ultimate goal of enhancing the future of human life and creating as much practical value for the world as possible—Tesla to accelerate the world's transition to sustainable energy, Neuralink for medical rehabilitation, SpaceX for making interstellar connections possible”.